Root Nation Soft Error 404 – No More! Revive Any Website with Archivarix and Reap... 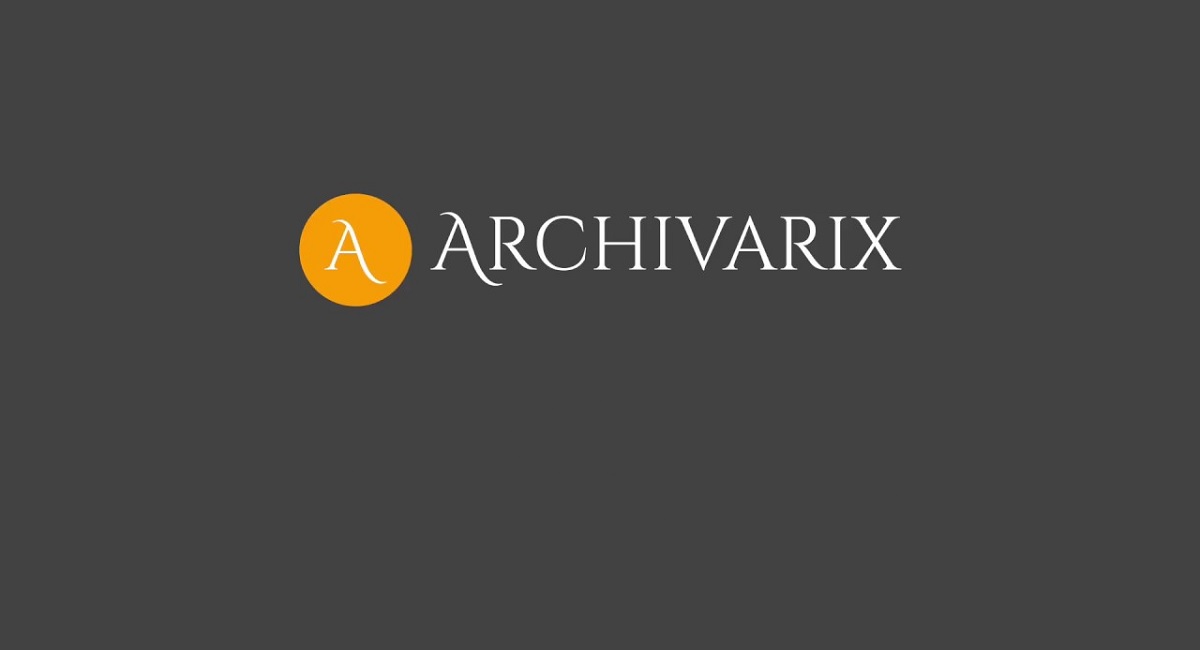 Every single person who remembers the internet of the 90s and 00s will tell you that things were vastly different then. It was a time of complete freedom, self-expression and total chaos. But with the passage of time many important websites have simply disappeared. Go to Wikipedia and you’ll find most links either long dead or archived. Unlike print media, in internet when a news portal dies, along with it vanish all articles and news. That’s why Web Archive is so important: it allows us to relive the glory days of the web and access that what has been rendered offline. And, unlike most other “downloaders”, Archivarix not only downloads data, but also installs it on your server, thus allowing everyone to access it. It not only allows you to bring back memories, but also use the abandoned domain names for profit. 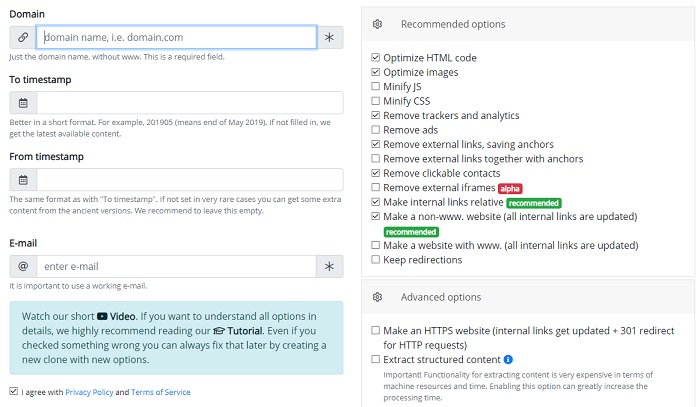 Why would I want to use Archivarix?

I can speak for hours on the subject of nostalgia, conservation of knowledge, and how Archivarix might benefit us all, but that’s not really the point of today’s text. Archivarix - online website downloader which allows you to easily bring your favorite sites back to life. That alone is reason enough. What’s more important, Archivarix allows you to fully restore the expired domain names. Search system know it, users remember it. By returning the dropped domain, you gain all that had been archived by its former owners. Backlinks from social networks, multiple links from the users, and search engine positions. It’s all there for the taking. The site that’s offline is no more accessible, but Google remembers it. If you get it to work, the search systems will recognize it. That way you can profit from the website by either modifying it or replacing with another one. 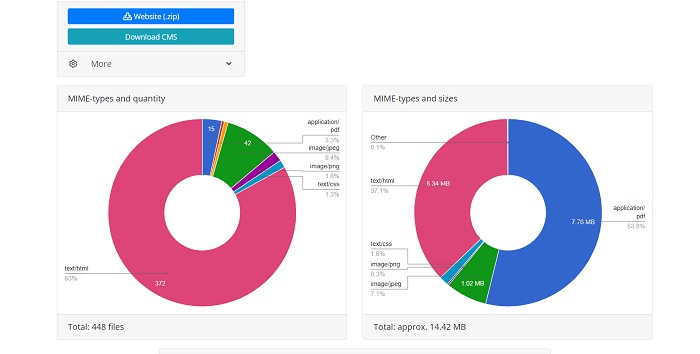 How does it work?

Web Archive is a good tool for when you need to look up an article or check out the old design of popular websites. But sometimes it feels clunky and unintuitive. That’s when you might want to check out Archivarix, which not only downloads the archived pages, but also restores the whole websites to their former glory. I don’t know about you, but I’ve been waiting for ages for a tool like that.

So, the premise is simple: you choose the website you want restored, and Archivarix does all the legwork. It’s not a simple utility, either: the developers took their time creating the fastest way to revive a site that’s no longer operational. For starters, Archivarix’s module servers are located in California because Web Archive’s servers are also there. Due to the proximity of Web Archive, Archivarix can obtain the fastest possible speed of transferring data.

Now, nothing stops you from downloading the pages by yourself, with the help of the good old “Save As” option. And it might work, too. But this is a very inelegant solution when you need to download huge chunks of websites. Firstly, because Web Archive, great as it is, is by no means stable. Sometimes you get errors, broken files and missing links. In order to prevent that Archivarix checks every single file. If something’s wrong, it reconnects with the server and tries again. Secondly, the main problem is the links, which often don’t work or lead nowhere. That’s why Archivarix makes use of Web Archive API, which allows it to find all the available pages. It doesn’t miraculously return URLs that have been missing for decades, but it’s much more speedy and efficient than any other way that I know of.

Now that we’ve got all the available data, the only thing that remains is to make the site functional again. That’s the main thing that separates Archivarix from the rest: it not only downloads the data, but also optimizes it for using on your own Apache or Nginx server. No additional modules or MySQL databases needed: it’s all based on SQLite database. In other words, the “revitalization process” is as streamlined as possible. 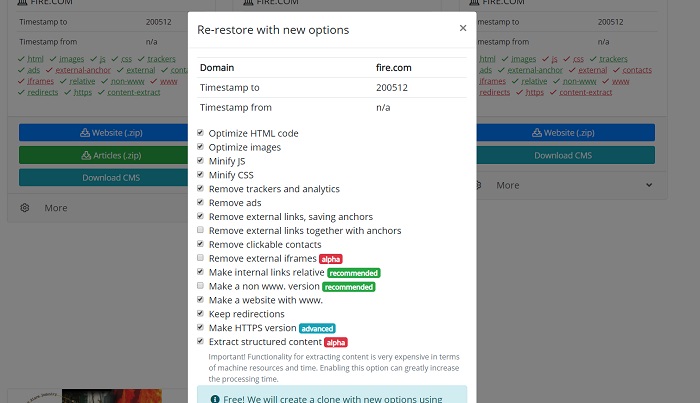 At that point Archivarix starts processing data, optimizing pictures and compressing JS and CSS. After that you’ll notice a huge increase in download speeds of the site compared to how it was on Web Archive. It’s not all about optimizing though: the process also eliminates pesky advertising and obsolete analytics and counters. In the end, you get a much cleaner site with less junk. But algorithm is just that – algorithm, which means it’s not perfect. Sometimes you still need to add something (like missing pictures) or edit the code. For that it’s advisable to use Archivarix CMS – a simple CMS for editing websites and replacing the code. Don’t worry, it’ll play nice with other CMS like WordPress or Joomla.

The cost depends on the number of files you want to process. Archivarix can recover up to 200 files for free, with no limit on the number of websites. If you get past the thousand, you’ll have to pay $5. Every thousand that comes after that costs only $0.5. If you consider the amount of work that’s getting done, it really is a bargain.

Archivarix is a great tool for restoring the abandoned websites to their former glory. Maybe you need it all for yourself, or maybe you want a solid foundation for your new (preferably profitable) project. Either way, Archivarix will get the job done.