iPad – legendary Apple tablet computer. The first version of iPad was introduced by Steve Jobs in 2010. At the presentation, he announced the beginning of the era of postcomputers and predicted the death of traditional PCs and laptops in the coming years. However, Jobs predictions did not come true. Despite everything – the PC is alive! That, however, does not detract from the merits of the Apple iPad in the formation and development of the global tablet market.

In this section, we publish iPad news, as well as articles, reports on the presentations of new models, reviews of tablets and accessories for iPad. And besides – the analysis of the technologies used and solutions used in the tablet version of iOS. Here you can find articles about all tablet models of any generation: iPad, iPad Air, iPad Mini, iPad Pro.
Read all iPad news: 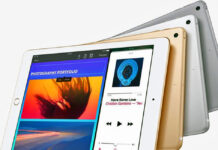