For a long time I could not briefly outline my attitude to HyperX Pulsefire Raid mouse. I wanted to call it a “workhorse”, but the price tag is closer to the premium segment. I wanted to call it “the last mouse you’ll need”, but HyperX has better models. So I’ll just call it moderately self-sufficient!

The device costs about $50. The gaming rodent doesn’t have many competitors for this price, but there are some. The lower premium segment is quite popular.

In the box we get the mouse itself, as well a manual and a warranty. For some reason I expected to see spare vinyl legs (wishful thinking), but they were nowhere to be found.

The side buttons are glossy, the cable is braided, the design of the left and right buttons is expressive. The logo under the palm is pretty cool.

The surface is not soft touch, but rough matte plastic. In addition, on the left and right sides there are rubberized areas with a dotted texture to improve grip.

Below there are two large vinyl legs and product information.

The mouse has more buttons than I thought. The two main ones are to be expected. You can click on the wheel, or press it sideways. DPI button is located so that if desired, you can press it with the joint of a finger, without removing it from the wheel.

Five buttons on the side! Four with a cross-divider, and a sniper button. The latter can be pressed with the tip of the thumb, and the clicks… my god, how pleasant they are!

The sensor is optical, Pixart PMW3389. The maximum acceleration is 50G, the maximum speed is 450 inches per second. Resolution is 16,000 DPI max. The polling frequency 1000 Hz max.

The proprietary software for Pulsefire Raid is HyperX NGENUITY. The application is lightweight, convenient, allows you to change the RGB backlight, sensitivity and button binds.

One caveat – you can find it only in Microsoft Store. Install it from here. 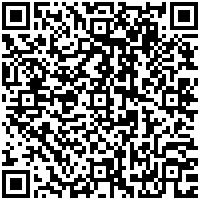 There are two areas that have backlight – the rim of the wheel and the palm area with the logo. There are enough backlight modes, and synchronization within the HyperX ecosystem is also present.

The mouse is not heavy at all, it is very light. I could feel it in contrast with my workhorse – a mouse with a battery, which weighs 300 grams.

In active games, HyperX Pulsefire Raid feels great, like it was made specifically for you. Aiming in Cuisine Royale felt so good I didn’t want to stop playing – the character was incredibly responsive and headshots came one after another.

And I didn’t even touch the additional buttons, didn’t set up pressing the wheel sideways and the sniper button! In any case, the mouse fits my medium-sized hand perfectly.

A knuckle switches DPI, the tip of the thumb activates the sniper button, and the cross on the side prevents the buttons from merging into one incomprehensible bunch of switches.

Once again I want to praise the wheel. I used a lot of mice, and not one of them had such a pleasant wheel! It does not move either forward or backward, and is very precise. For the first time in shooters I can bind grenade throw to the wheel and not be afraid that I’ll change weapons instead of throwing. It’s really cool!

This mouse is fantastic. It is not afraid of no cat, because for its price, this is a very powerful solution for e-sports, shooters and games in general where the speed of the cursor is important. And if you don’t understand why there are no removable weights, then you have missed the point of HyperX Pulsefire Raid entirely, as it was created to be as light as possible. I recommend this model to anyone.

Where to buy HyperX Pulsefire Raid

Hideez FIDO Security Key review. One Key to Rule Them All