When you pick up a product like the HyperX Cloud Stinger S headset, you understand exactly how the brand’s reputation was earned and how it became one of the leaders in the gaming accessories market. In short: with blood of its digital enemies, sweat of digital friends, hours in ranked matches and decibels captured by microphones with noise reduction. It’s pragmatic and inexpensive. 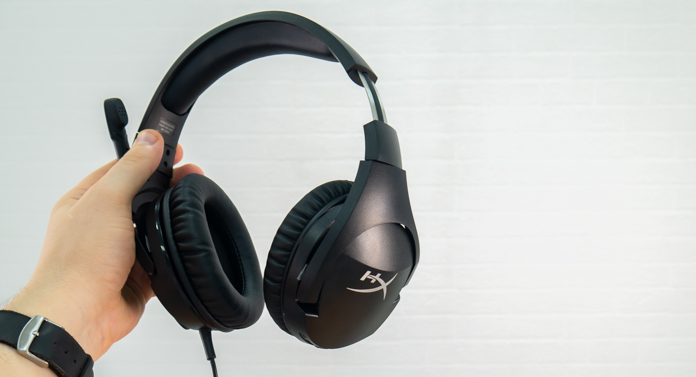 Well, not that inexpensive, 60 US dollars. At the moment, anyway. This is almost a premium segment, although for this brand it is quite a low price. The headset has enough competitors, both from worthy brands and Chinese knockoffs. The box’s contents are quite modest. Actually, in addition to the headset and the warranty, the box contains only a USB sound card for one 3.5 mm mini-jack. Cloud Stinger S looks exactly as a budget headset from HyperX should look like. Recognizable logo on massive cups with an angular ledge and matte black plastic.

The headband is large and soft, with a glossy HyperX logo on top. 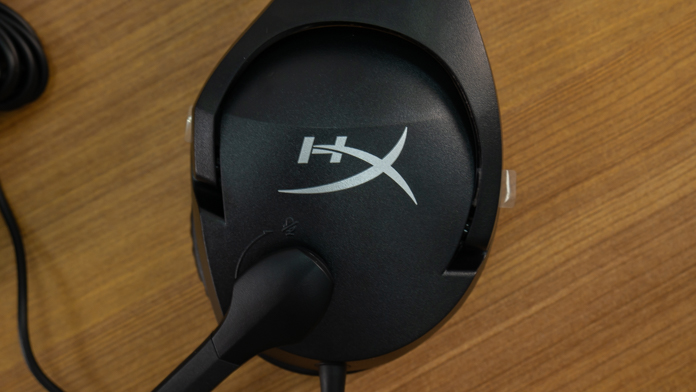 The headband height is adjustable on both sides, 35 mm on each side. 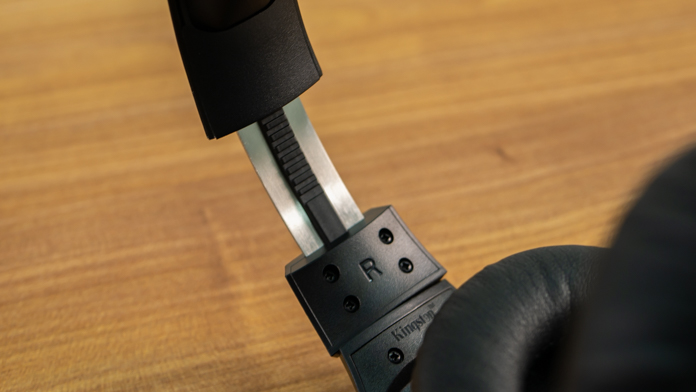 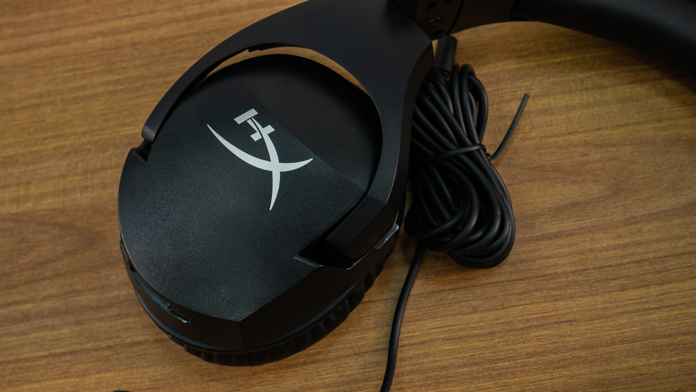 The ear cushions are dense, made of eco-leather, with memory foam. 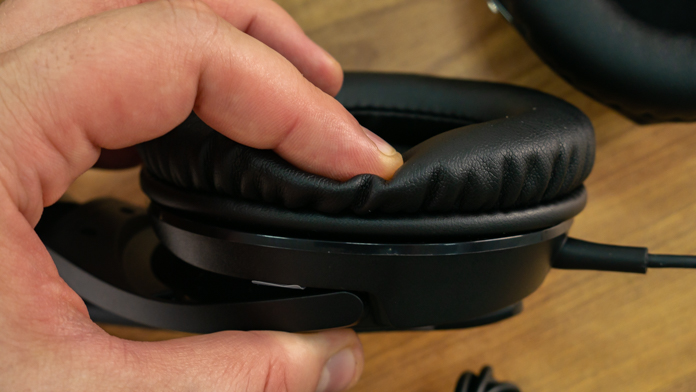 On the left side of the cup is a swivel directional microphone and a soft-touch coating. 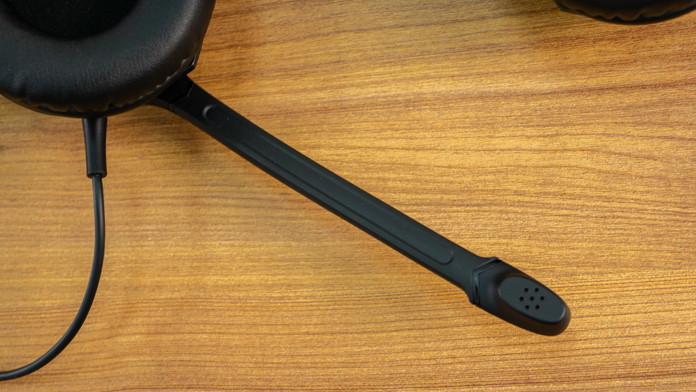 Its distinctive feature is that the microphone is automatically turned off when folded. 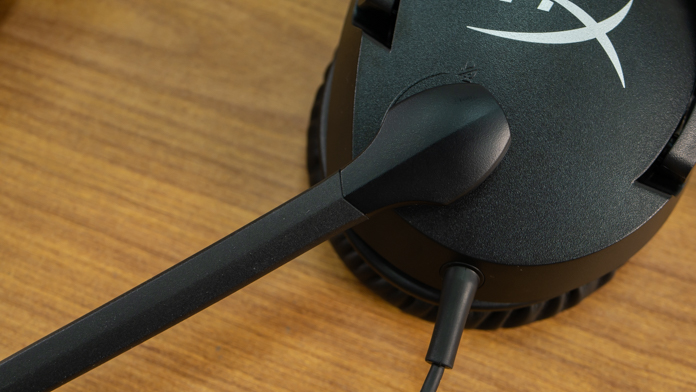 Only the volume slider is located on the left cup. We will return to it later. 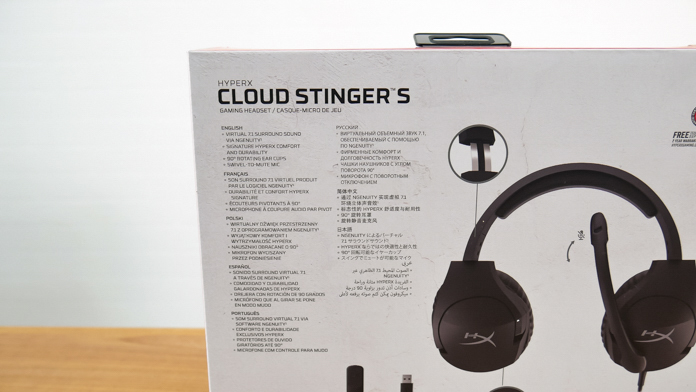 Harmonic distortion factor is less than two percent. The sound pressure level is 95.5 dB mW at a frequency of 1 kHz. Electret condenser microphone offers noise reduction, with frequencies from 50 to 18,000 Hz, and -40 dBa sensitivity.

By the way, proprietary software is not required for a headset. HyperX promises support for virtual 7.1 sound, and it doesn’t lie – it really works. 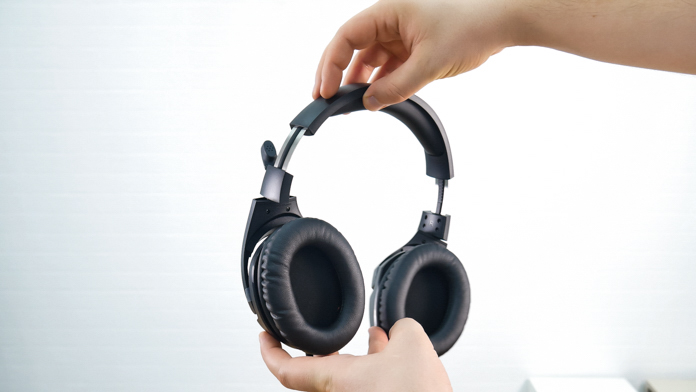 In terms of the three-dimensional scene, the HyperX Cloud Stinger S does not disappoint. The soundstage is larger than more affordable competitors, and the directions of the sound are very clear. And the bass is pretty good thanks to 50mm drivers. 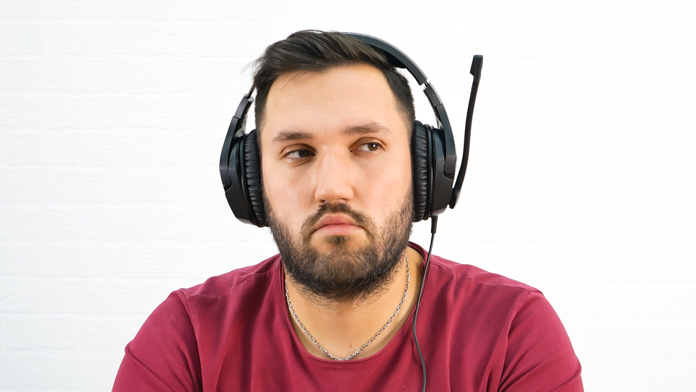 In games 7.1 it works 100%. I tested the headset in the Souls-like shooter Remnant: From the Ashes, and I could clearly hear the location of all the enemies.

The sound of the microphone is rather dull and relatively quiet even at the maximum sensitivity, but it is crisp, clear and quiet. You can’t expect more from a gaming headset. It’s better not to stream with such equipment, since HyperX has wonderful microphones just for this. But you can communicate with party members and yell “L-L-L-Leroy Jenkins!” to your heart’s content. 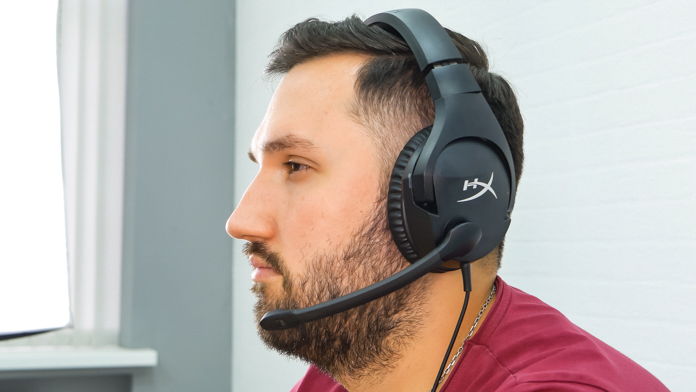 I’m also surprised at how breathable the ear pads are. I mean they aren’t amazing, and in the heat I could not sit still for more than 15 minutes without turning on the fan. But at least it’s 15 minutes, not 5. In addition, if you turn on the fan, its noise will be suppressed by the microphone! So no reason to worry.

Least of all I liked… the volume control. Out of seven times when I adjusted the headset, I accidentally touched the slider… seven times. It’s seven times I decreased the volume by mistake! The fact is that the slider is located exactly in the place where the finger rests on the headset during these manipulations. 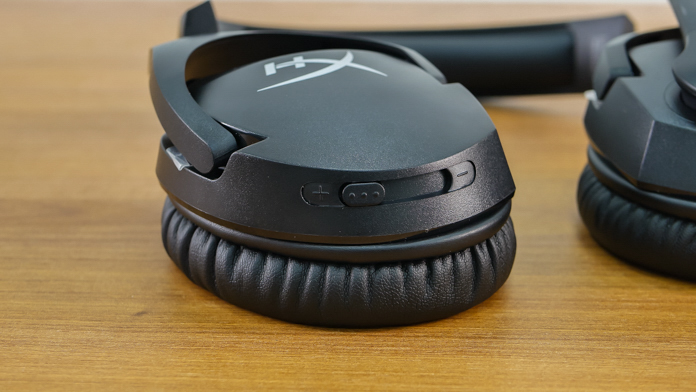 Yes, you can easily find it, and the button has a texture that improves tactile response. But the slider is too loose. I don’t even notice that it moves when I adjust the headset. I take my hand away from the cup, and the button reaches for the finger itself.

It is a wonderful, pragmatic and easy to use headset. No RGB, no half-baked software that doesn’t do anything useful, just massive dimensions, great sound, wonderful bass, a decent microphone and performance in general. 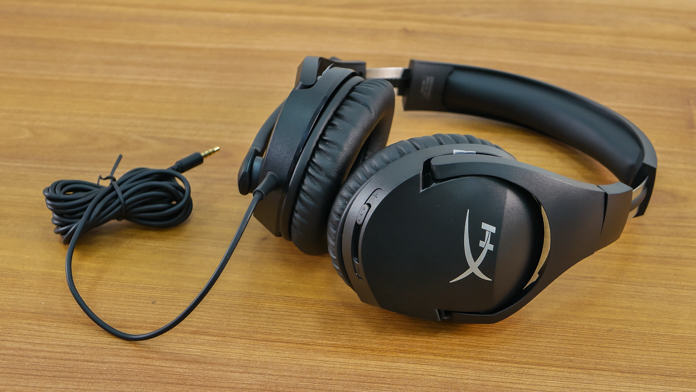 However, there are no detachable cables, and the volume controller is too loose. For $60, I can easily recommend HyperX Cloud Stinger S. In today's review, we will focus on a new affordable smartphone from the Tecno...
>>>