Despite the imminent announcement of the line of Ryzen 7000 processors for socket AM5, AMD does not cease to expand the range of the popular AM4 platform. So, a quad-core Ryzen 3 4100 came out, an eight-core 5800X3D and 5700X, and four six-cores at once. The younger 4500 and 4600G, which differ in the presence of integrated graphics, are built on the older Zen 2 architecture. While the 5500 and 5600 are already based on the latest Zen 3 at the moment. In this article we are going to talk about the Ryzen 5 5500, the most affordable retail Zen 3 processor.

The article was written with the support of ASBIS, the official distributor of AMD processors.

Traditionally, there are three delivery set options for Advanced Micro Devices processors: a bare Tray-processor with only one year warranty, a gray MPK cardboard box with a cooler and a three-year warranty, and finally a beautiful colorful package, also with a cooler and 3 years warranty. It was the latest version of the Ryzen 5 5500 that came to us for testing,  with a basic 53mm high cooler Wraith Stealth. By the way, for Mini-ITX PC builds, the height of the cooler can be reduced by almost a centimeter by dismantling the air intake ring.

Despite the absence of the letter G in the model name, in terms of its architectural structure, the Ryzen 5 5500 is still much closer to the APU 5600G than to the 5600 and 5600X. In fact, this is the 5600G, but with the iGPU disabled. It is a pity that there is no way, even if by unofficial methods, to unlock at least some of the graphic microkernels, as it once possible to unlock processor cores in Athlon II X3 and Phenom II X2 on the 45nm Deneb architecture. It could become a gambling lottery: a luck to activate the iGPU or not.

The Ryzen 5 5500 has a single die under the heat spreader cover, which promotes more even heat distribution and reduces data transfer delays between cores and cache compared to the chiplet layout. By the way, L3 cache is dual-channel 8+8 MB, which is why it’s faster than the 5600/5600X, but the second one still wins with 32 MB. But the 5500 is the champion among AMD processors in overclocking RAM – 4266 MHz or even higher, and in synchronous mode.

Such a high RAM frequency can only be conquered on motherboards with a B550 or X570 chipset, while Ryzen 5 5500 will most likely be bought in pair with the budget B450,  which is capped at DDR4-3600 MHz. For testing, we chose the cheapest motherboard – Biostar B450MH, which costs even less than many models on the A320. This is an updated hardware revision of V6.3 with an already large 128 MB BIOS chip that allows you to flash simultaneous support for all generations of Ryzen.

The RAM was used with two different strips with a frequency of 3200 MHz and standard JEDEC timings CL22-22-22-52, but also with a low supply voltage of 1.2 volts. For the APU, it would be more reasonable to overclock the memory frequency to 3600 MHz, albeit with the inevitable increase in timings. But for the CPU, it was still decided to leave the frequency unchanged, but reduce the delays to 16-18-18-36. This has become a kind of standard for inexpensive XMP memory kits. The voltage, of course, had to be increased to 1.35 V.

Despite the maximum simplicity, the motherboard provides Precision Boost Overdrive, a manual overclocking function in the BIOS menu. But in practice, with a 2000 rpm boxed cooler, the Ryzen 5 5500 warmed up to 95 degrees Celsius in the AIDA64 stress test even at its native frequency: 4.25 GHz per core and 4.1 GHz across all cores. And this is on an open bench at room temperature 26°C. Therefore, all benchmarks were carried out at the stock frequency.

As mentioned above, we tried to simulate a typical budget gaming PC configuration, which obviously does not include a tower cooler. The video card used was the GeForce GTX 3060 Ti, which, unlike the junior models, does not lose performance due to the narrow PCIe 3.0 x8 processor bus. Instead, a Radeon RX 6700 XT or a factory overclocked 6750 would have looked even more appropriate, at about the same cost. All games were run at maximum graphics settings at FullHD resolution.

In a sense, the Ryzen 5 5500 has become the swansong of the AM4 platform, where PCIe 3.0 and DDR4 are still much more cost effective than PCIe 4.0 and DDR5. There has never been a faster budget processor, both in multithreading and in terms of performance per core in AMD’s range before. The junior Ryzen 5 4500 is still noticeably slower (Zen 2 is inferior to Zen 3 percent 15), and the senior 5600 is noticeably more expensive (and only 5% faster).

The upcoming six-core Ryzen 5 7600X based on the Zen 4 architecture is rumored to bring a 25% jump in performance right away. But at the start of sales it will most likely be twice as expensive as the recommended cost. And even the presence of an integrated video card with four RDNA 2 clusters (approximately equal to Vega 6) will not make it unambiguously more cost-effective than the 5500. Right here and now, it is the Ryzen 5 5500 that is the most optimal six-core. 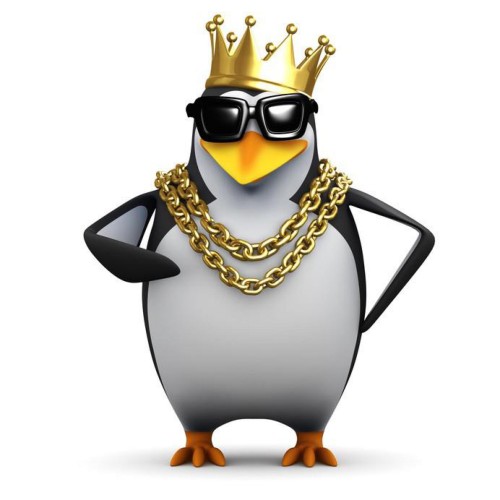 iOS 16: How to Fix iPhone 14 Flashing Apple Logo without Losing Any Data

AMD Ryzen 5 5500 Review: Most Affordable Zen 3 CPUIn a sense, the Ryzen 5 5500 has become the swansong of the AM4 platform, where PCIe 3.0 and DDR4 are still much more cost effective than PCIe 4.0 and DDR5. There has never been a faster budget processor, both in multithreading and in terms of performance per core in AMD's range before.