I recently tested the first wireless earbuds from Panasonic, and today on my test is… another first wireless earbuds from them. Yes, there is a strong element of deja vu, because the current line is represented by two similar models, which differ in one number in the name. Earlier I tested the “junior” 300 headset, and now I will look at the flagship debut – Panasonic RZ-S500W.

The smartphones I used to test the headset and the codecs used:

This will be short, because the similarity of the two models leaves me no choice. Once again, I recommend reading the review of the Panasonic RZ-S300W. In fact, both products have few external differences. The cases are absolutely identical. The headphones themselves are also the same in design, shape and materials. But the earbuds are slightly larger in size. Slightly, but noticeably.

Also, this headset has an active noise control function and undoubtedly this is the most important difference between the older version and the younger one. In addition, the size of the dynamic drivers has been increased from 6 mm to 8 mm, which should improve the sound of the buds. This is where the differences between RZ-S500W and RZ-S300W end.

Here are the points that are absolutely identical for the two headsets, so I just don’t see the point in describing everything a second time so I’m sending you straight to the previous review:

Well, then I will go through the distinctive features of the Panasonic RZ-S500W.

If the younger model cost about $100 at the start, then the older one, of course, is  more expensive – about $160. However, I am now seeing a decline in prices for new Panasonic headsets – down to $86 and $ 126 respectively. Perhaps this decline is temporary (Black Friday and other sales). But in general, such prices seem more logical to me, since they correspond to the quality and increase the competitiveness of products in a market saturated with similar devices.

As I said, the Panasonic RZ-S500W charging case is exactly the same as that of the RZ-S300W. The only noticeable difference is that the rubber dampers on the inside of the case (for fixing the headphones) are slightly less in height, which is logical, since the earbuds are larger.

The size of the places for the earbuds is also slightly increased. In general, the cases are similar, but not completely identical, and most likely not compatible for the two models.

The second distinctive feature can be seen in the RZ-S500W earbuds (besides the larger size). On the outside there is a notch around the touch button with a row of holes. A status LED is located in the lowermost hole (it can be deactivated in the settings, but more on that later). Whether the holes are functional or made purely for decorative purposes, I will not say for sure, but probably an external noise canceling microphone is located in one of the upper holes.

It is logical that the ergonomics of the headphones have changed slightly due to the increased dimensions. In addition, the earbuds have gained in weight – from 4 to 7 grams. But in any case, they are still relatively compact.

When it comes to comfort, it’s still all good. But the RZ-S500W protrude from the ears more than that RZ-S300W. Consider this if you plan to wear a tight hat in winter.

One of the main significant differences between the Panasonic RZ-S500W and the RZ-S300W is a significant improvement of music playback.

Besides the fact that the size of the speaker has been increased from 6 to 8 mm, the RZ-S500W also uses neodymium magnets. As a result, the dynamic range has expanded, the sound of music has become a little deeper and more spacious, and the bass is more expressive.

There are 3 MEMS microphones in each earphone, of which one is internal and listens to you as if from inside the ear. But the voice quality has improved markedly. I don’t know if the microphones are used differently, or if the design and placement influenced this moment. The fact is that the everyone notes a clearer sound and all words sound clear, unlike that other model. At the same time, the timbre of the voice is too harsh, with metallic notes.

The noise control in this model works great, what else to say. Not only do the deep fit of the earbuds and high-quality silicone tips provide good passive isolation, but it is also possible to cut off external noise on the street and in transport due to active noise control. Moreover, the effect level can be adjusted via the Panasonic Audio Connect app. 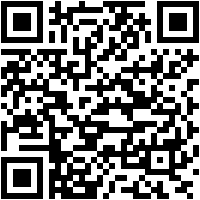 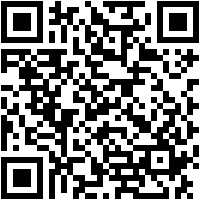 By holding down the right touch button, you can switch to Ambient sound mode with amplification of external sounds through the built-in microphones. The gain level is also widely adjustable through a proprietary utility. From the point of view of noise control everything is very functional and convenient.

As I understand it, the batteries in the RZ-S500W are the same as in the RZ-S300W – 55 mAh in each earphone, but the battery in the case had to be reduced from 800 mAh to 650 mAh due to the fact that niches for the earbuds take up more space.

As the speakers have increased, the absolute autonomy of this model has slightly decreased from 7.5 hours of continuous listening to music to 6.5 hours, which, taking into account ANC, is still very good. Instead of the 30 hours of battery life, taking into account the charging from the case, it is about 20 hours. Overall, a decent result.

The disadvantages are the same: the nondescript appearance and materials of the charging case. Even the flagship model lacks proximity sensors in the earbuds and wireless charging of the case. It’s okay for $130. And if the cost drops a little more (to $100), it can be considered an excellent purchase for its price.