In this review, we will get acquainted with a new wireless speaker from the Chinese company Tronsmart. Tronsmart Studio is interesting in that it uses a pair of oscillators, a subwoofer and four passive oscillators, which provide a 2.1 sound configuration. In addition, you can combine hundreds of Tronsmart Studios into a single system, the device can play sound over a wire, wireless, and even from a memory card, for which there is a slot, and it also uses Sound Pulse sound technology, which deserves special attention. There's a lot to talk about, in other words!

TABLE OF CONTENTS
1. Full specifications of the Tronsmart Studio
2. Price
3. What's in the box
4. Design, materials, the layout
5. Connection and the app
6. Controls
7. Sound
8. Battery life
9. Verdict
10. Where to buy

Full specifications of the Tronsmart Studio

The price for the Tronsmart Studio averages from $74 to $81. On the official store on AliExpress it's available for $69, but taking into account coupons and other discounts, you can find it for even cheaper.

What's in the box

As is typical for Tronsmart devices, the wireless speaker comes in a presentable branded box, which indicates its key features. Inside it is the speaker itself, a USB-A - USB Type-C charging cable, a cable (3.5 mm - 3.5 mm), as well as accompanying papers, including instructions and a warranty card.

The Tronsmart Studio is a neat, but rather weighty "brick" with a metal body and metal grilles on both sides. But despite the fact that the surface of the case is matte, there are fingerprints on it. With its dimensions (206.5 × 70.0 × 58.0 mm), the speaker weighs almost 1 kg (961 g, to be more precise), so it feels solid and even somehow monumental in the hands. Protection against dust and water is provided (IPX4 standard), which means that the speaker is not afraid of splashes of water, but protection against dust is not provided.

The facade is quite simple - only a nameplate with the brand name was placed on the front grill.

On the back there is a small panel with all connectors - Type-C, audio jack and a microSD slot.

The role of the legs is played by a platform made of dense silicone, which covers a large area of the bottom of the speaker. Thanks to this, it does not slip on the surface and vibration is damped if you decide to add volume and bass.

The control panel is located at the top. The buttons are located in two rows, and between them are LED indicators. There is an indication of not only the charge level, but also the mode of operation of the device and the method of connection.

The Tronsmart Studio's design is classy but versatile. The speaker can be easily installed on a desktop, under a TV, in a living room or even at work in a conference room - it will be appropriate everywhere, but at the same time it will not attract undue attention. However, this is typical of many Tronsmart devices - in most cases, their design is laconic, which is for the best.

Connection and the app

You can connect Tronsmart Studio directly via Bluetooth, but with the app you get more goodies, so I recommend installing the Tronsmart app right away. 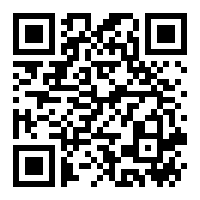 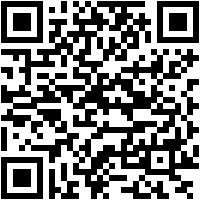 To connect the speaker, it is enough to turn on the device and by default it should immediately go into pairing mode. But if something went wrong, then you can activate it by pressing the Bluetooth button on the case. Next, in the app, we find the speaker model and connect to it, following simple instructions and giving all the necessary permissions.

After connecting, on the main screen, you can see an image of our speaker with a graphical display of the remaining charge. In the upper right corner are the settings where you can update the firmware, turn off the device, or find the user manual.

An equalizer is located in the middle tab. There are 8 modes to choose from: Default, Deep Bass, Hi-Fi, Vocal, Signature Sound Pulse, 3D, Classic and Rock. The last tab is responsible for setting up the sound source (wired/wireless connection or playing from a card) and combining several Tronsmart Studio speakers into a single system (you can connect up to 100 devices at the same time).

Also, in the general settings of the app, access to all connected Tronsmart devices is provided, you can change the UI language, check for updates and contact support.

What I didn't really like about the app is that access to connected gadgets works every other time. That is, you see the connected device, tap on it, but absolutely nothing happens, quick access does not work. You have to connect the speaker again from the list of available devices. Not a real problem, but I would like the connection with previously connected devices to be faster. Who knows, maybe this will be fixed in the next update. It would also be great if Tronsmart Studio could connect to two devices at the same time, but alas.

You can control the speaker not only using the app, but also using the buttons on the device itself. Here, the upper row of buttons is responsible for controlling playback, and the lower one for turning on the speaker, connecting and additional functions. And almost every button has multiple functions.

Let's take a closer look at each element. The volume control buttons ("-" / "+") can make it quieter or louder, and with a long hold you can rewind the tracks. "Play / Pause" is responsible not only for playback and pause, but also for resetting the settings.

The button in the lower left corner is responsible for turning the speaker on and off, while the Bluetooth button has slightly more advanced functionality. In addition to the fact that it can be used to put the speaker into pairing mode or turn off Bluetooth, it can also switch between sound sources - a memory card, wireless or wired connection.

The square "infinity sign" key is intended only for combining multiple speakers. And the last button is responsible for turning on the "Sound Pulse" playback mode, as well as for receiving, ending and dropping incoming calls and activating the microphone for the voice assistant.

The Tronsmart Studio's sound is provided by a pair of speakers, a subwoofer and four passive radiators for a total power of 30 watts. Despite the fact that the speaker only works with SBC audio codec, its sound is very pleasant. In my opinion, Tronsmart Studio will be able to satisfy the needs of most music lovers - both those who need a softer and more melodic sound, and those who are in favor of a more agressive sound.

By default, the sound is quite simple and linear with an emphasis on the midrange, there is nothing special about it, but this option is quite suitable if you need an unobtrusive sound background and nothing more. To squeeze something more interesting out of the speaker, you should play with the equalizer. Having tried all the available playback modes, I was impressed by the Sound Pulse, which has become a feature of the model. As it turned out, it was not in vain that the manufacturer focused on it.

The sound when you turn on the proprietary mode greatly transforms the sound - it becomes more lively, voluminous and somehow even enveloping, and the volume level also increases. It's like comparing a 2D image to 3D. In a small room, one small speaker is able to fill the entire space with good sound, but in an open area it sounds impressive as well. I still don't know what this Sound Pulse means, but the sound is impressive. And it doesn't matter what genres of music you prefer, the speaker does a good job with any of them. By the way, the device is also great for watching movies or TV shows. In my opinion, a couple of such speakers may well become a mobile home theater.

The rest of the equalizer modes did not make much of an impression. Even when you turn on the "Deep Bass" mode, which I usually do when testing any audio device, the sound doesn't feel exciting, but it does add some bass as one would expect.

The Tronsmart Studio is equipped with two 2000 mAh batteries, which, according to the manufacturer, will provide up to 15 hours of playback at 50% volume. When the volume is increased, the battery life, of course, decreases, but it is enough for a day of music. So you don't have to worry about the charge for a trip somewhere.

Support for fast charging is also announced, but it seems to me that they were a bit deceitful here, since a full charge takes a little more than 3 hours on average. 3 hours to charge a 4000mAh battery is not very fast. But for a wireless speaker it is quite tolerable. It's not a smartphone, after all.

The Tronsmart Studio, first of all, offers high-quality sound. The default mode may be decent, but Sound Pulse really changes things, and I'm sure you'll hardly want to listen to music in any other mode. The design of the speaker is also great - a black metal case, pleasant weight and a minimum of decorative elements looks impressive. I would also like to note the app (not all Tronsmart speakers have it), the ability to play via cable and from a memory card, convenient controls on the device itself and IPX4.

The only thing it lacks is the possibility of simultaneous Bluetooth connection to two devices. The app also could have been better, but otherwise there is absolutely nothing to complain about. The speaker is not particularly cheap, but for a decent sound and other features the price tag is quite justified.