Last February on MWC ASUS announced a couple of smartphones, and ASUS ZenFone 5 Lite was one of them. In different parts of the world it’s called differently, e.g.: ZenFone 5 Lite in Europe, ZeFone 5Q in Asia and ZenFone 5 Selfie in South America.

High-quality body materials, four cameras, a huge 6-inch screen, face recognition software and good performance all form a pretty serious claim for the best device of its class. Let’s see if it as good as it looks.

The smartphone has an interesting body consisting of a sturdy plastic frame, which is very similar to metal (but still plastic albeit of high quality), and two glass panels in front and on the back. There are three color options: black, which looks dark blue at certain angles (our version), white and red. 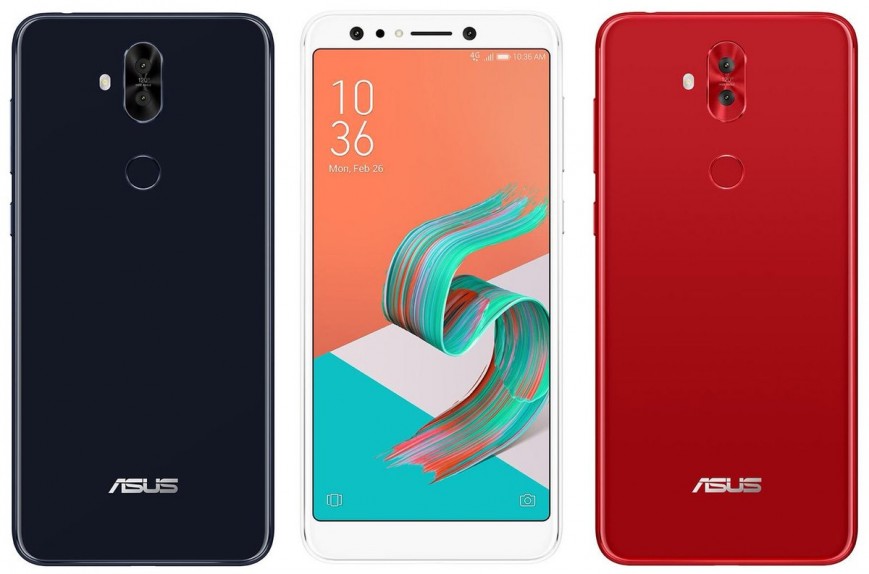 The last option is not for sale as of right now. It is likely that this is a conscious decision of the manufacturer – to release the “original” color solution after the market has its share of basic colors.

We tested the engineering sample in a white box without any marks. Inside there’s nothing to write home about: in addition to the smartphone itself there’s a charger, a microUSB cable, a SIM eject tool and various documentation.

The first thing that is worth noting with respect to the design of Zenfone 5 Lite is that the device looks great! 2.5D glass panels protruding above the body and a slightly rounded frame around the perimeter give the impression of an expensive and well-assembled device.

The glass back of the smartphone is also decorated with a signature pattern in the form of concentric circles that diverge from the center in the form of beams visible at certain angles – a solution typical of many ASUS products.

The smartphone received a screen with a fashionable ratio of 2 to 1 (18:9). The bezels around the screen are small. 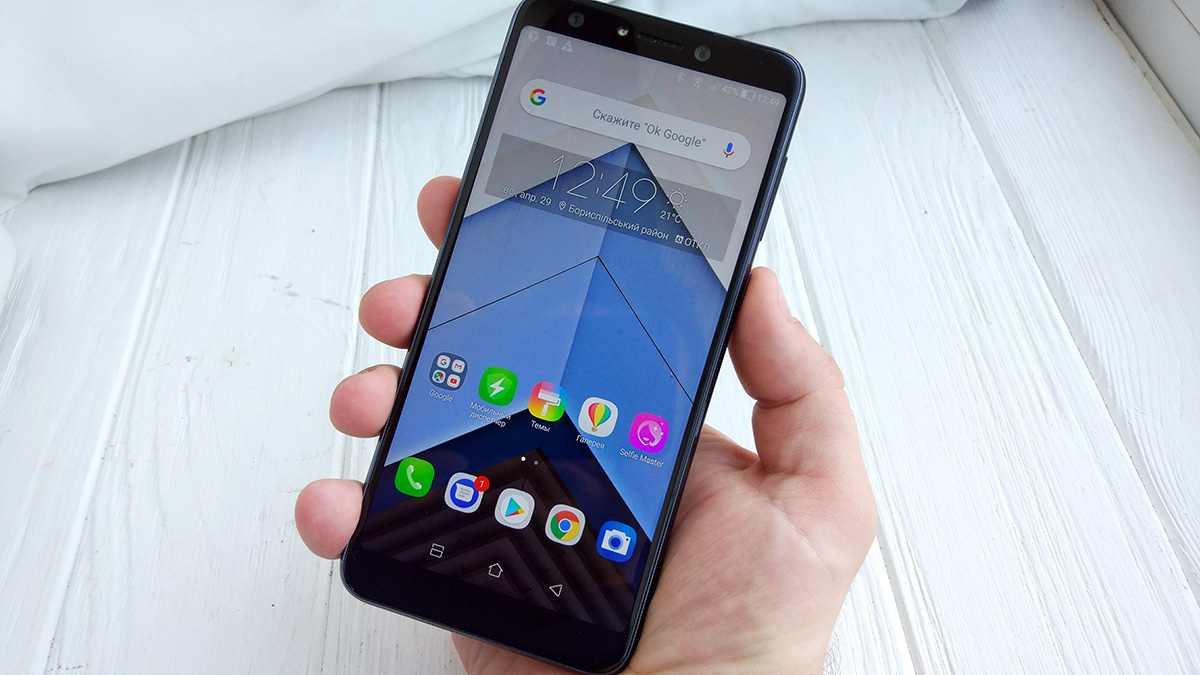 If manufacturer is to be believed, ZenFone 5 Lite uses high-quality glass with oleophobic coating, but after a few minutes of use you already need to wipe it with a napkin, and on both sides.

So yes, the phone is a fingerprint magnet, which is the first con of the design; the second one concerns the ergonomics, the design and materials used. ZenFone 5 Lite is incredibly slippery. Given the dimensions of the smartphone (160 × 76 × 7,8 mm), accidentally dropping it is quite simple. How tough are these glass panels is hard to guess, so you’d better buy a protective case. Overall, the phone is comfortable to use.

So, let’s move on to an external inspection of the device. On the front panel is a large display with rounded corners. Above it are located: 20-megapixel main and 8-megapixel wide-angle cameras, LED flash, a speaker and an LED indicator for notifications.

On the back panel, on the top in the middle is a block with two cameras: a basic 16-megapixel + 8-megapixel wide-angle. On the left is a flash. Under the camera block you will find a fingerprint scanner. It works flawlessly, to problems here.

At the top there is a 3.5 mm audio jack and an additional microphone. At the bottom: a microUSB connector, a main microphone and a speaker. The manufacturer, for some unknown reason, decided to use the microUSB connector instead of the USB Type-C. That is the reason Zenfone 5 Lite does not support fast charging; you’ll have to wait about 2.5 hours until it’s fully charged.

On the left side of the ASUS ZenFone 5 Lite is a tray for nanoSIM and a memory card. Thankfully, you can use two SIM cards and one memory card, in contrast to the more common hybrid layout of the tray. On the right side are: power button and the volume key. The buttons are made of high-quality plastic. The key strokes are soft and clear.

ZenFone 5 Lite is equipped with a 6-inch display with an aspect ratio of 18: 9 and a resolution of 2160×1080. The pixel density is 402 ppi. Out of the box, the display makes a good impression: the color gamut, the accuracy of the data transmission and the brightness level do not require additional adjustment. The only thing that disappoints is the function of automatic brightness control. The sensor always set the backlight level too low and I always wanted to add a bit. Other than that, there are no complaints. Viewing angles are sufficient for comfortable use. Using a smartphone outdoors in sunny weather is more than possible.

ASUS ZenFone 5 Lite is equipped with a slot for two nanoSIM. Both cards can work in 3G/4G networks.

Other than that, everything is standard for modern mid- and high-end devices: Wi-Fi802.11b/g/n/ac, Bluetooth 5, GPS and GLONASS. The smartphone supports NFC technology for contactless payments.

On to the main ZenFone 5 Lite feature. The smartphone has four cameras. One additional sensor for both the main and front cameras. So, the main module on the front panel has a sensor of 20 megapixels, f/2.0 aperture, and a viewing angle of 85 degrees. The additional module received a sensor of 8 megapixels, f/2.4 aperture, and an angle of 120 degrees. On the rear panel are: the main camera with 16 megapixels, phase autofocus, f/2.2 aperture and an additional 8 MP module, f/2.4 aperture, 120 degrees viewing angle. The set is impressive, but unfortunately, this is exactly the case when the quantity does not guarantee quality. With good lighting, the photos are quite acceptable – clear, with good color rendering. If it’s is necessary to go into the room or wait for the twilight, the quality of the resulting photo falls massively. In general, the quality of the cameras can be estimated as average.

As for the software, here it’s worth noting the convenient PRO mode, the ability to create video GIFs and a few modes for selfie connoisseurs to beautify their snaps.

ASUS ZenFone 5 Lite can shoot in FullHD at 60 fps and 4K at 30 fps. Quality is slightly better than average. Artefacts appear when recording at a wide angle. 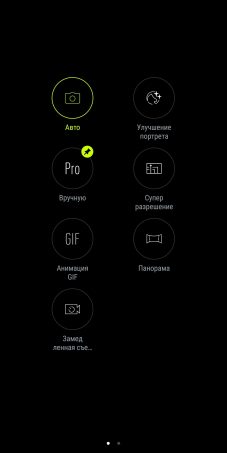 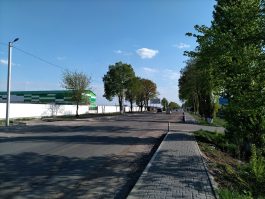 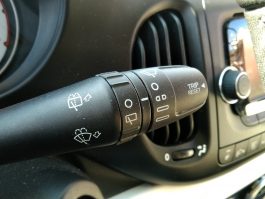 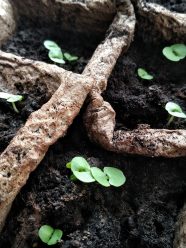 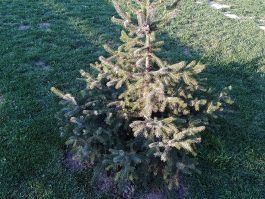 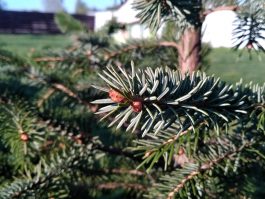 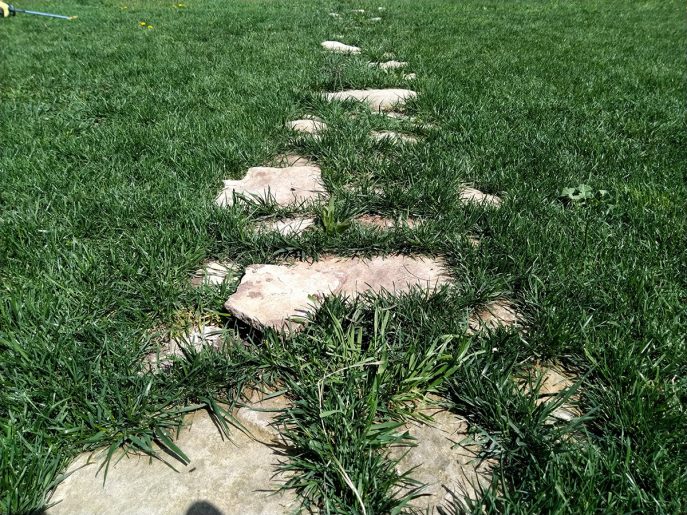 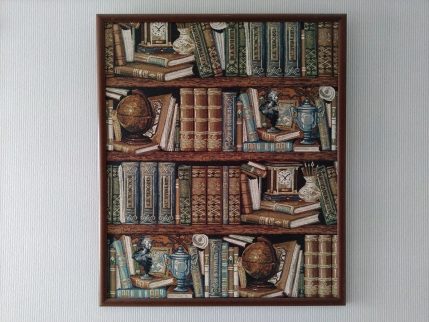 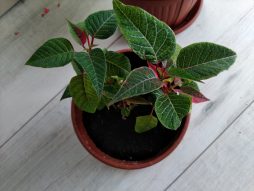 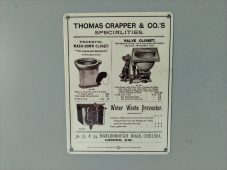 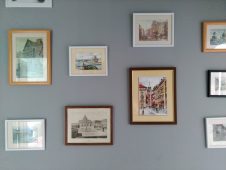 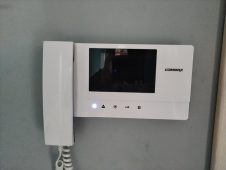 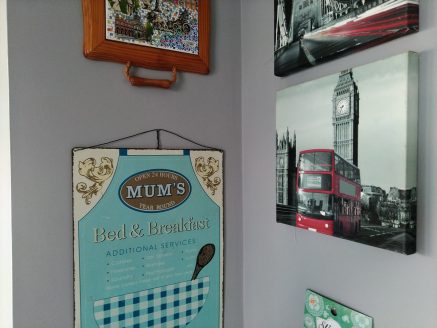 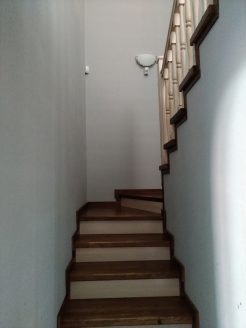 The device uses Qualcomm Snapdragon 630 processor along with Adreno 508 graphics chip and 4 GB of RAM. This is not the most powerful combination, but it is quite sufficient for comfortable work. The user interface works smoothly, applications are launched quickly, and for all the time of testing, I never had to face unexpected quits and slowdowns.

As for gaming, the ZenFone 5 Lite can easily run even in the most demanding games, you only have to slightly reduce the graphics level to avoid freezes in especially large-scale scenes.

Results of the synthetic tests: 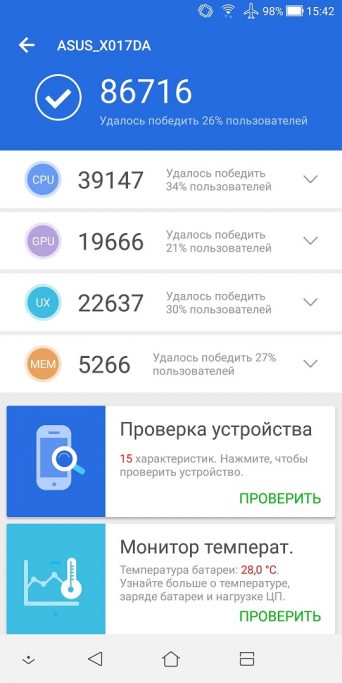 As for heating, then there’s nothing wrong either. The temperature of the body is either cold, or slightly warm at the worst.

Like all other smartphones from ASUS, our device is running ZenUI 4.5, based on the outdated Android 7.1.1. The shell does not offer anything special, but it does have some interesting features. For example, it is worth noting the function of face recognition. It works quickly and effortlessly, but in bad lighting or with obstacles (like glasses) it starts to make mistakes.

There also familiar ZenUI shell applications like Twin App, Page Maker and Game Genie. The first one allows you to clone applications for use with different accounts, the second one helps saving web pages for offline reading, the third one is a convenient gaming companion.

Also, it is worth noting that ASUS company announced that in the near future Zenfone smartphone will be updated to Android Oreo and the newest version of the ZenUI 5.0 shell. 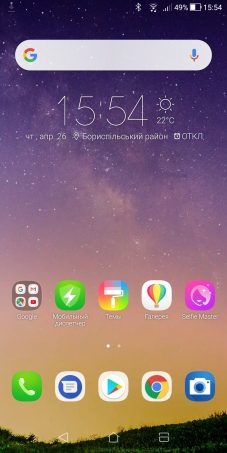 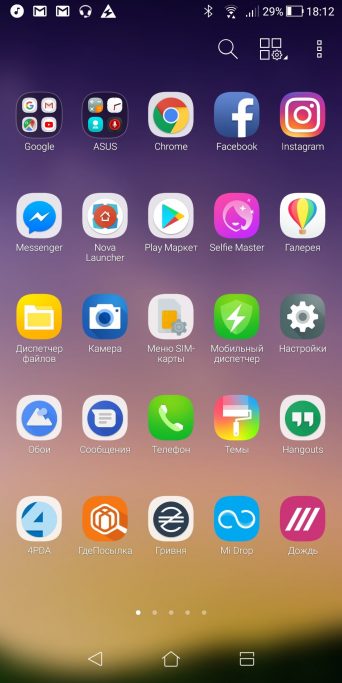 The 3300 mAh battery in ZenFone 5 Lite is considered the norm for smartphones with 5.5-inch screens and in the mid-range category. Bundled with a fairly energy-efficient Qualcomm Snapdragon 630 processor, it offers tolerable duration of work from a single charge. With very intensive use (games, video, camera, 4G Internet), the smartphone works for 12 hours. Zenfone 5 Lite confidently held out until late in the evening.

Also, do not forget that ASUS has added the PowerMaster application to the ZenUI 4.5 shell, which helps the users to manage battery consumption and choose power saving modes. 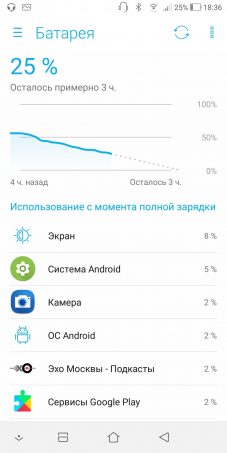 Unfortunately, ASUS ZenFone 5 Lite does not support fast charging. With the bundled charger the device takes about 2,5 hours to fully “regenerate”.

Read also: AI in smartphones: Future prospects and how can we use it now

It’s sad, really, that the best (according to ASUS) feature of ZenFone 5 Lite – its cameras – has proven to be so mediocre. There is a small chance that the cameras will be better on the commercial models, and maybe ASUS will release an update.

Fantastic exterior, great build quality, a huge and rather nice 18:9 screen are all great for a junior ZenFone model. But photos will disappoint a lot of folks who care about that kind of thing. Only one thing makes it a little bit better – wind-angle cameras. These are a bit of a rarity, even for the high-end devices. But, once again, we had a test sample, not the final product. 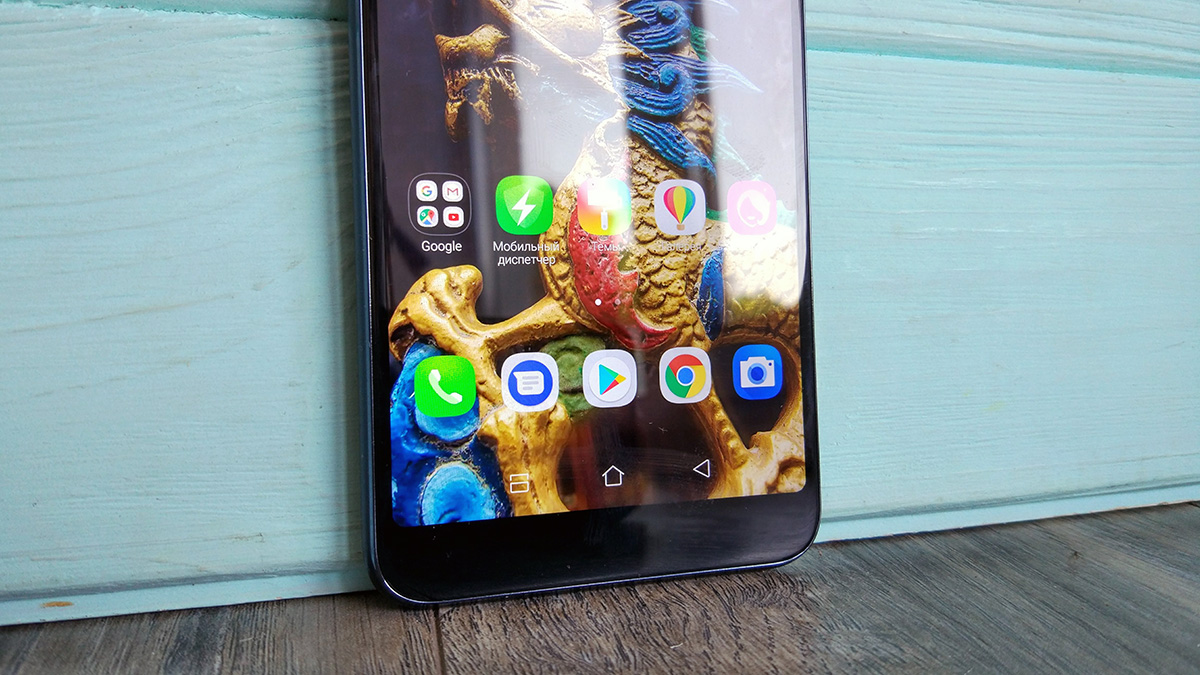 According to all that I’ve written above, ZenFone 5 Lite can be recommended for people who look for a big phablet with great looks, good battery, and okay performance. Just don’t expect much from the cameras, really.