Greetings! You’ve probably already noticed that we are very curious about alternatives to traditional smoking. More and more of our readers and viewers are interested in these devices. Our today’s review is a but unusual: it’s called lil SOLID tobacco heating system. 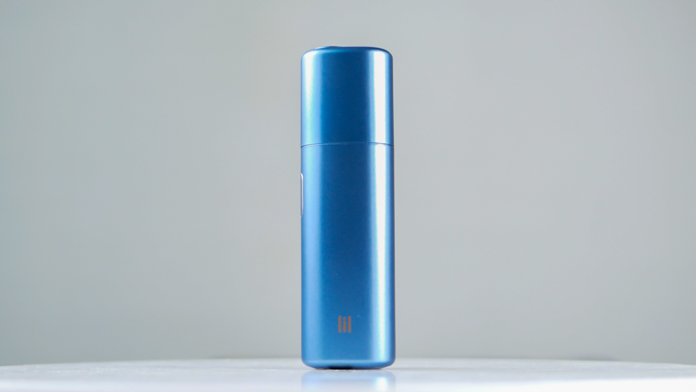 What is lil SOLID?

What is so unusual, you ask? This device is South Korean, produced by KT&G, but is sold under an IQOS brand.

At first I did not understand what the catch was. It turns out that at the beginning of the year, Philip Morris (the company behind IQOS) signed a partnership agreement with the Korean KT&G. This allows them to sell the device in many countries under the brand “lil Solid introduced by IQOS.” Such is the symbiosis of companies and technologies! 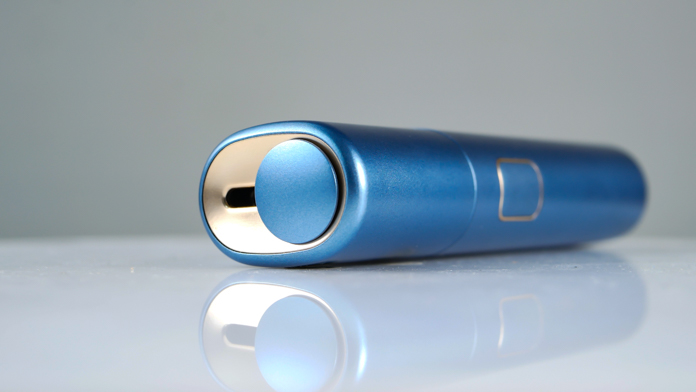 The news is really interesting. It means that the market for tobacco heating systems will become even more saturated. Two or three years ago, only IQOS ruled here, then glo and jouz appeared. And now another brand enters the fray.

I managed to get this particular specimen straight from Korea. In these times you might even call it smuggling.

By design, the lil is more like a glo nano, only slightly increased in height. But in terms of technology, it is more of an IQOS clone. Now, in glo, tobacco is heated along the perimeter through a layer of paper, while IQOS uses a heating blade. Lil also has a heater that penetrates the tobacco stick and heats it from the inside. Only the blade is round, rather like a knitting needle. 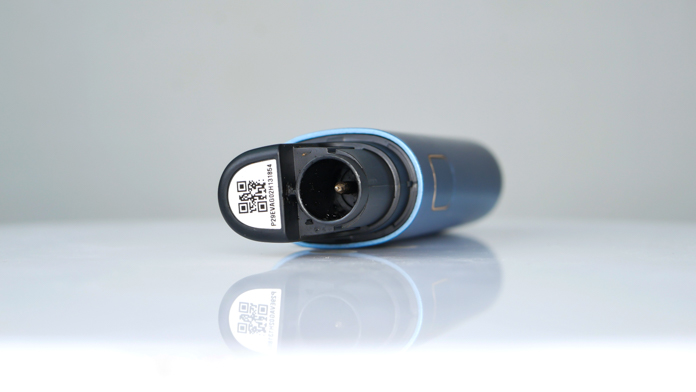 And this is very cool, because IQOS’ heating blade is made of ceramic and it is a rather fragile element that is easy to break. And in lil the heater is metallic and more reliable.

The body is made of plastic with a metallized soft-touch coating. Nice to the touch, fits well in the hand. Above is a metal insert and a round plug. Move it and you can insert a stick. 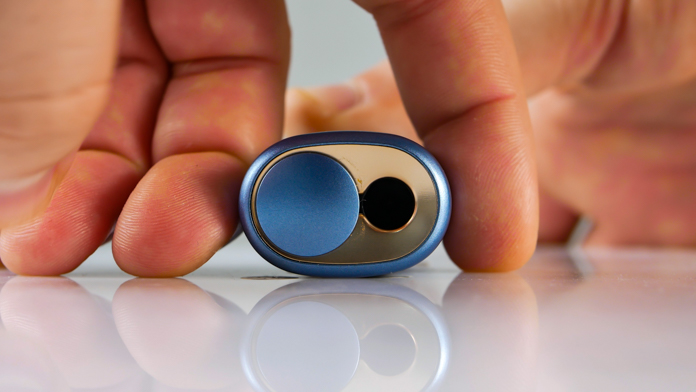 Lil Solid is controlled by one button with a light indicator. 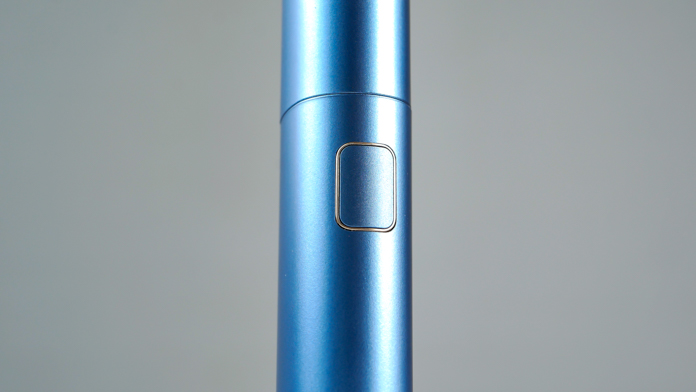 The charging port is on the bottom, unfortunately microUSB, not Type-C. 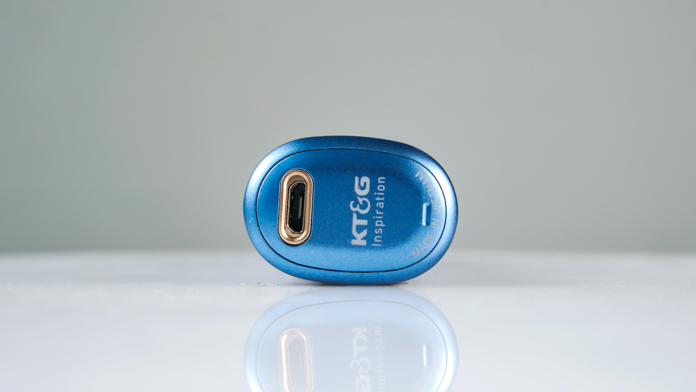 The upper part of the device is removable, you can also remove the heating chamber cover for cleaning the device.

Sticks with various flavors I saw only on pictures, and they do look tempting – tobacco, berry and citrus. But we have not been able to try them yet. I only have a Fiit pack from Korea, but it has a pure tobacco flavor. Therefore, the question of tastes is still open. 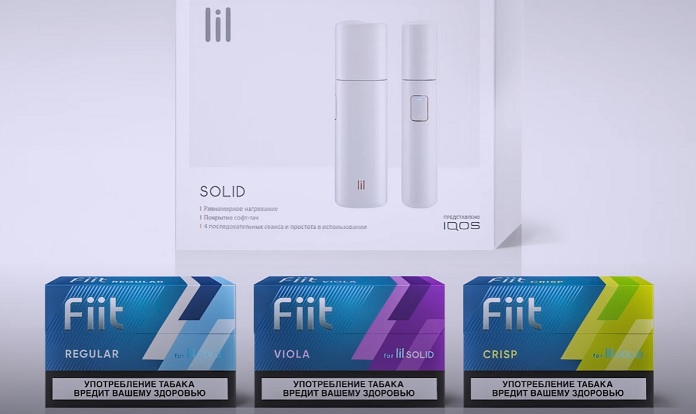 Lil is simple. Move aside the plug, insert the stick all the way, press and hold the button. The device vibrates and starts heating. The indicator blinks in turquoise. 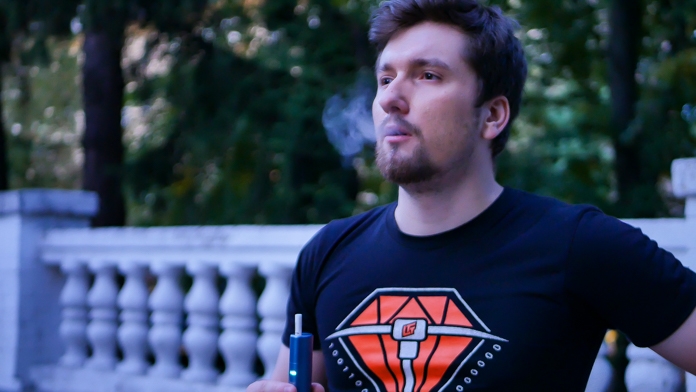 When the charge is depleted, the stick must be scrolled 3 times in one direction, and only after that it must be pulled out so that the tobacco does not fall out of the stick and does not get stuck inside.

The second stick can be used immediately. The device does not need pauses and recharging.

The main question is will this thing work with IQOS HEETS sticks? It’s possible, after all. Jouz and Chinese IQOS clones are fully compatible with HEETS sticks. 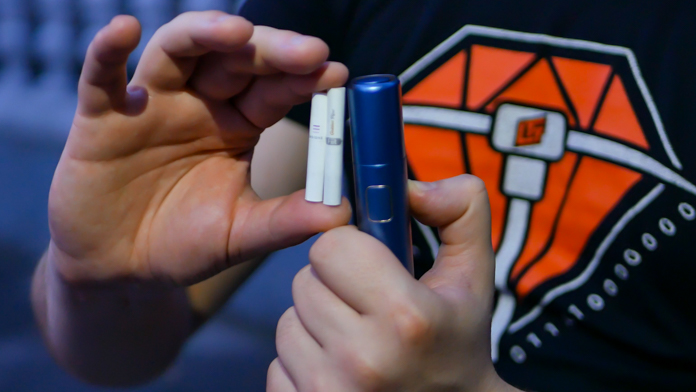 Let’s take sticks from IQOS and compare them with sticks from lil. They are the same in diameter. Lengthwise, sticks from lil are slightly longer. But on theory, they should be compatible. Okay, let’s try it. 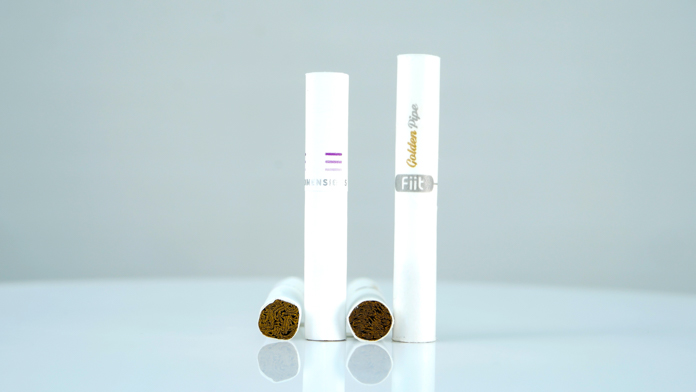 Let’s insert the HEETS stick, aaand… everything is fine. More than fine! It would be cool if all tobacco heating systems were compatible with different brands of sticks. 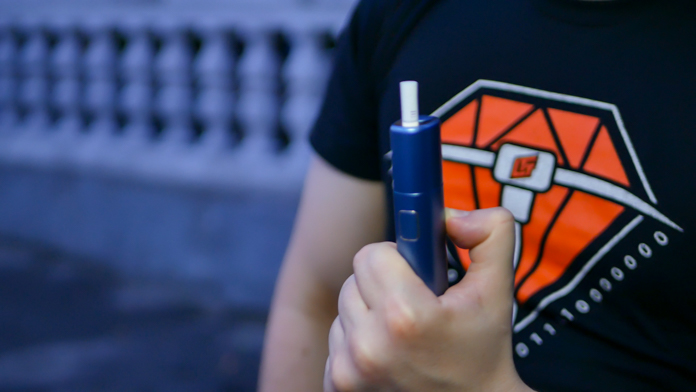 In general, the device is great. Competition always strengthens the market and helps us, the consumers. I don’t think that Lil’s entry into the market will greatly affect the popularity of IQOS, since they are seriously different in their concept. 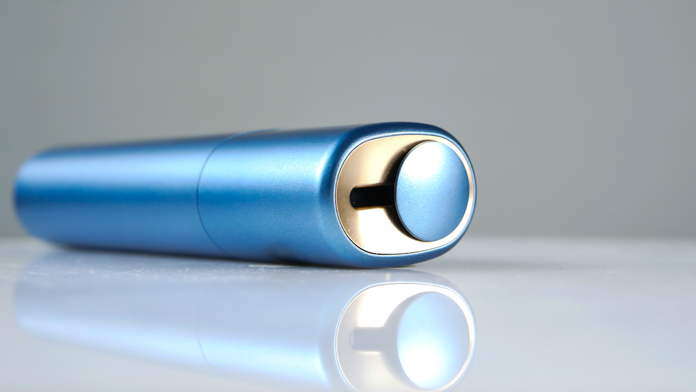 Rather, Lil might appeal to those who use jouz and glo now. There are several advantages over glo. The tobacco stick warms up from the inside, not around the perimeter through a layer of paper. There are many tastes, and most importantly, the gadget is compatible with HEETS sticks for IQOS, which can be bought everywhere. Although, of course, it is too early to talk about the popularity of the device, much depends on the cost.