Today I will tell you all about another novelty in the field of alternatives to traditional smoking. Or, as these devices are also called, “low-risk nicotine delivery systems”. It’s a new electronic cigarette – vvild V0 pod system. Yes, it’s “vvild”, not wild. Original branding, what can I say. Although the brand name is pronounced exactly as “wild”. 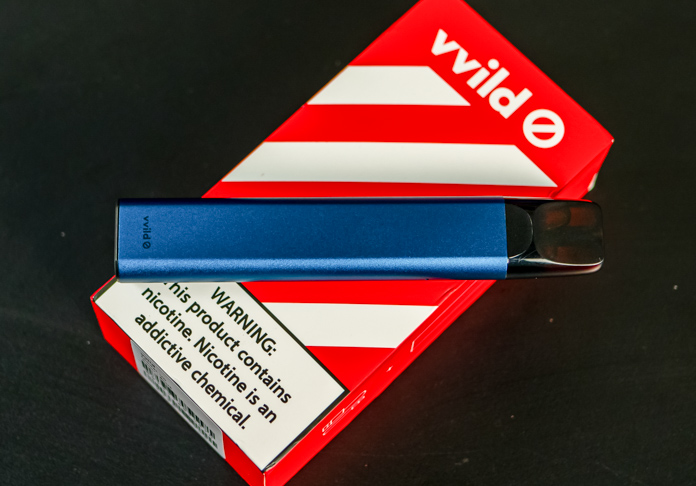 ⇑
1. What is vvild?
2. Positioning and price
3. What’s in the box
4. Design and elements configuration
5. Experience
6. It’s all about the pods
7. Verdict

This gadget is not yet officially sold in many markets, but the manufacturer is planning to start sales in the near future. You can purchase the device on the official website. 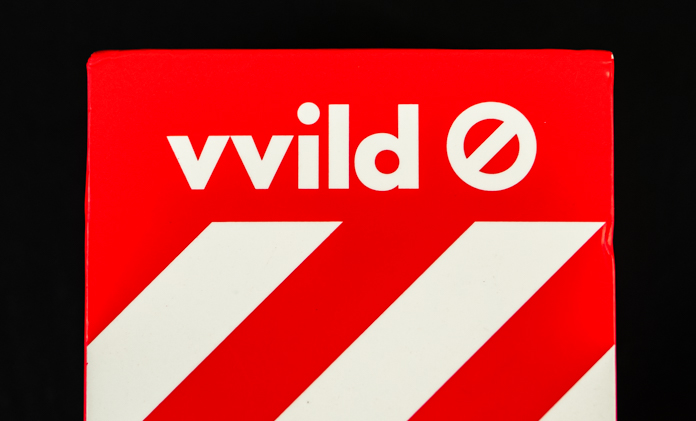 What is interesting in this pod-system? There is one main point. This gadget was made by engineers and designers from the mobile industry.

Yes, people who used to create our favorite smartphones for Huawei, Honor, and Smartisan are now making vapes. 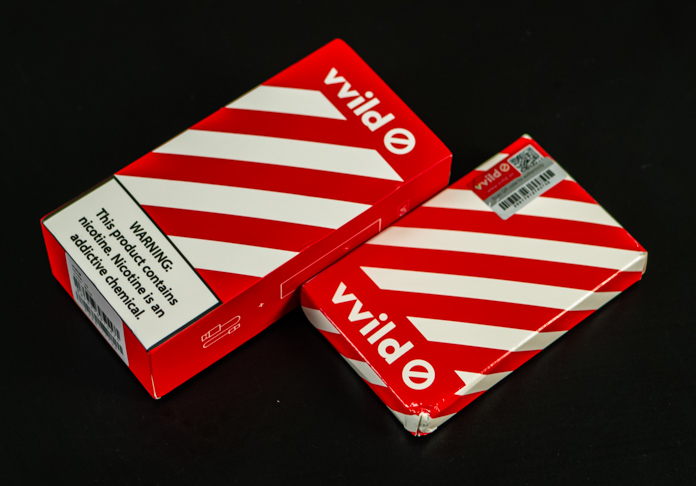 At the very first glance vvild V0 is very similar to other devices that I previously examined in my reviews and videos. For example, the popular juul or Logic Compact from JTI. But nevertheless, it has interesting and even unique features, which I will talk about a little later.

As for the price, according to our data, the cost of a particular vvild V0 device is about $17, and a package with 3 cartridges costs up to 10 dollars. On other words, quite affordable.

A small red and white box with a gadget inside, a charging cable, and a small instruction. 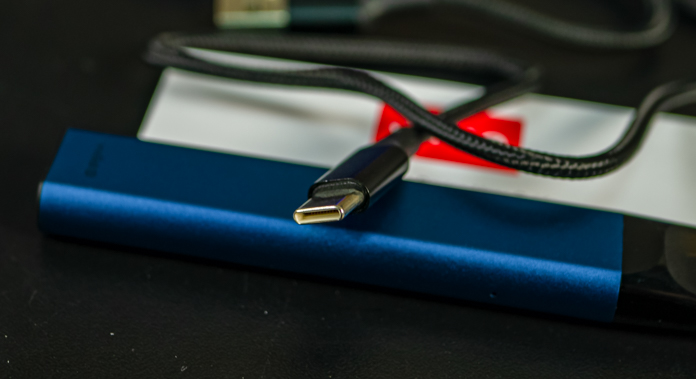 Liquid pods must be bought separately, they are delivered in cardboard packaging, the design is similar, inside is a blister with three capsules.

In each pod we have 2 ml of liquid. The composition is standard: natural glycerin, propylene glycol, nicotine salt, flavoring. The capsules are translucent, so that you can control the liquid level in them. 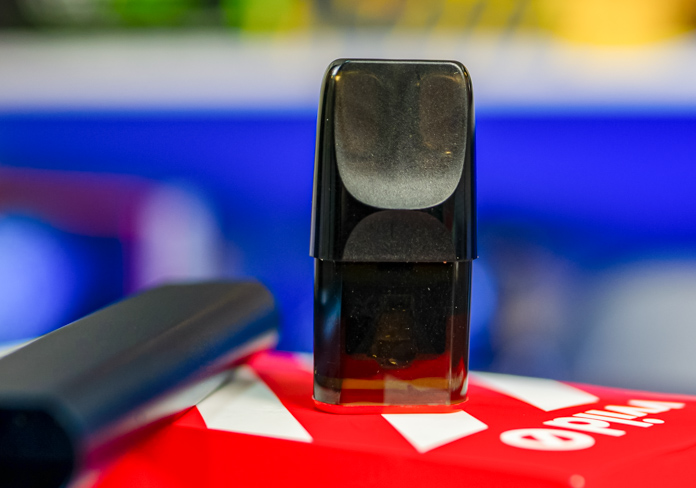 The nicotine content in the liquid is 3%. This, by the way, is the minimum indicator of all the systems that I tested, usually it is 5%. But there are stronger options, if you want. 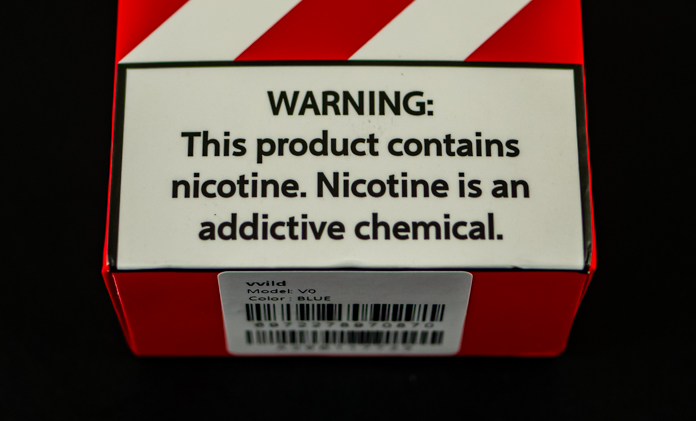 And here everything is standard. It is a small rectangular oblong metal body with rounded edges. 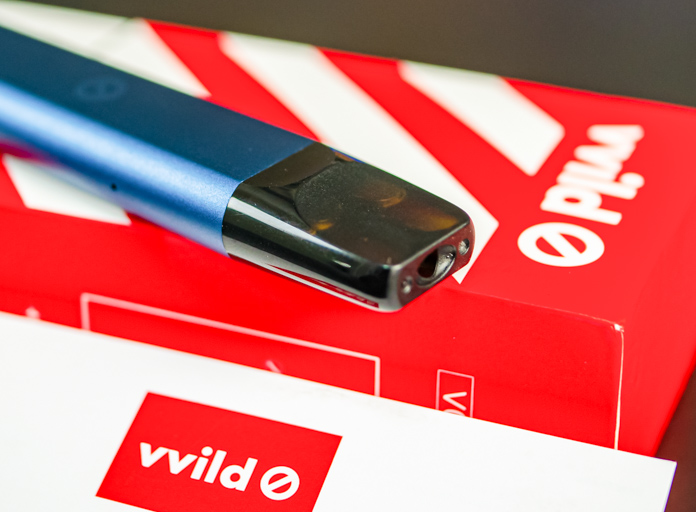 In my case, the gadget is blue. There are dark gray and red options. 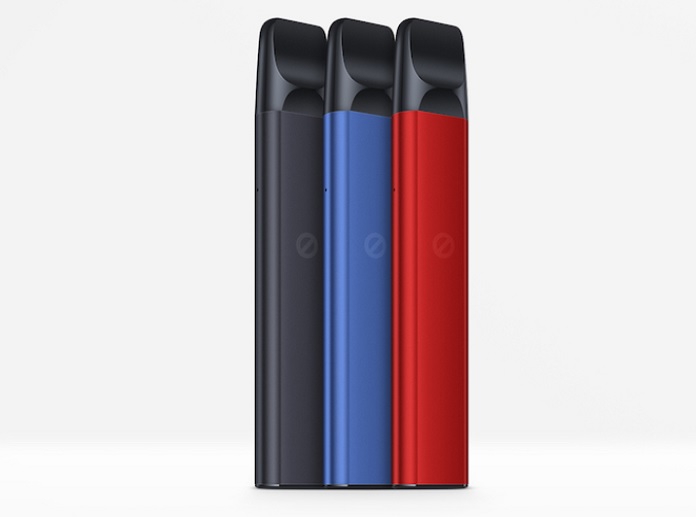 Inside the case there is a battery and electronics. On the bottom plastic end is a charging connector. 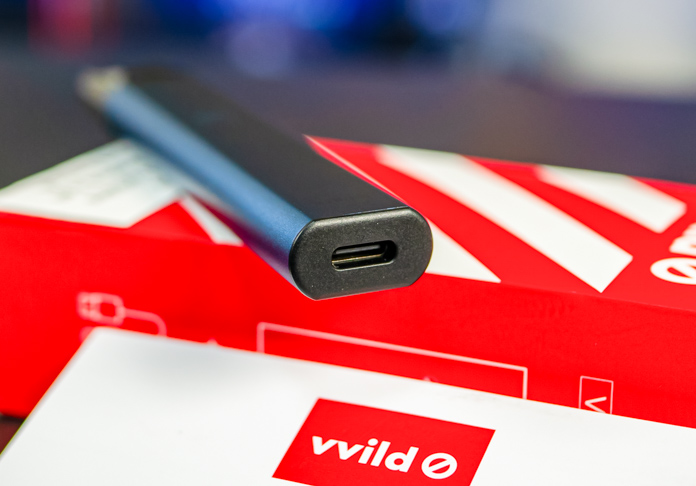 I like that the connector is not proprietary or archaic (looking at you, MiscroUSB), but a completely modern Type-C. 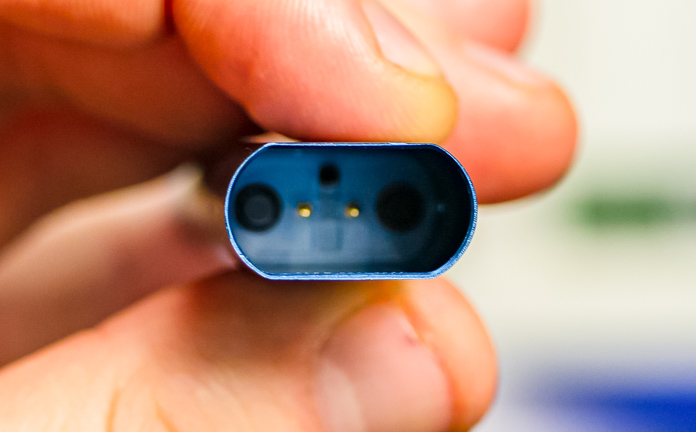 On top is a receiver for pods with a magnetic lock which holds the capsules in working position. 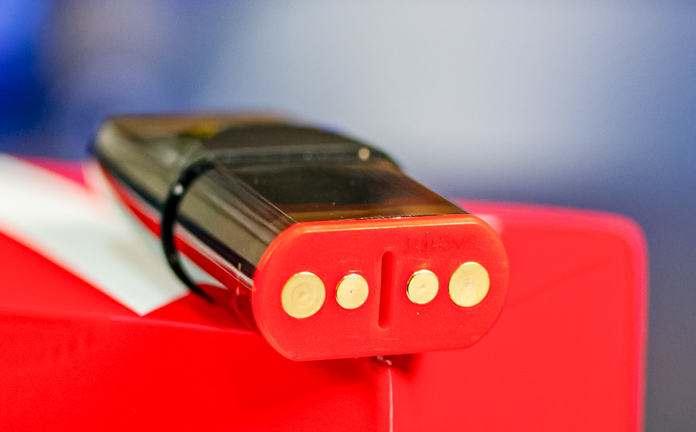 First we insert the pod with contacts looking downwards. The magnet helps the console fall into place. At the same time, an indicator in the form of a brand logo lights up on the case – in white, showing readiness for work and full charge. If the gadget needs recharging, the indicator glows red. 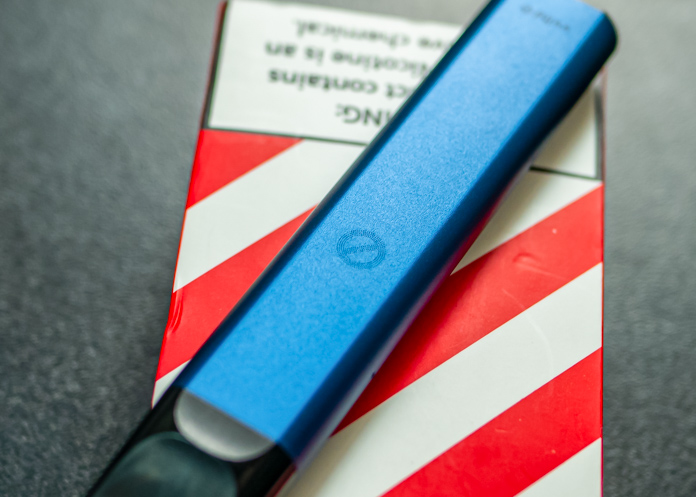 The use of vvild V0 is simple: take a puff like smoking a cigarette.

I tried Energetic Bull pods, and they really do taste like Red Bull. Right now vvild has 11 taste options and more are planned.

During vaping nothing needs to be pressed, the evaporator is activated automatically, which is also indicated on the case, which lights up in red during each puff. 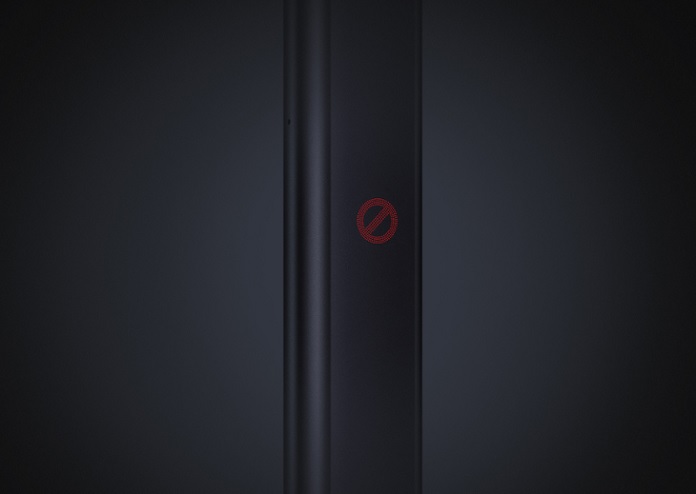 Actually that’s all. But where’s all the innovation?

It’s all about the pods

The main stars here are capsules. While testing numerous systems, I have repeatedly noticed that from time to time they spit liquid in the mouth during use.

With this gadget, no such problems have been noticed. And that’s really cool. In the vvild capsules, the channels for liquid and steam are separated, in addition we have the innovative hollow ceramic core of the heater. It improves fluid flow and completely vaporizes it. This way you only get steam and the capsule does not overheat. 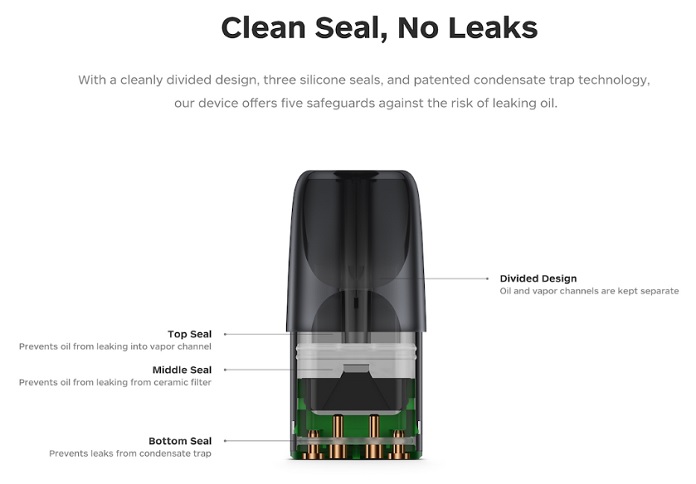 And most importantly, a bacteria-free mouthpiece. You have probably encountered this widespread problem. When using compact vapes there is no smoke and tar that gets into the lungs. And this is their main plus. But on the mouthpieces, in some cases, colonies of bacteria can multiply, which contributes to the development of pulmonary diseases. 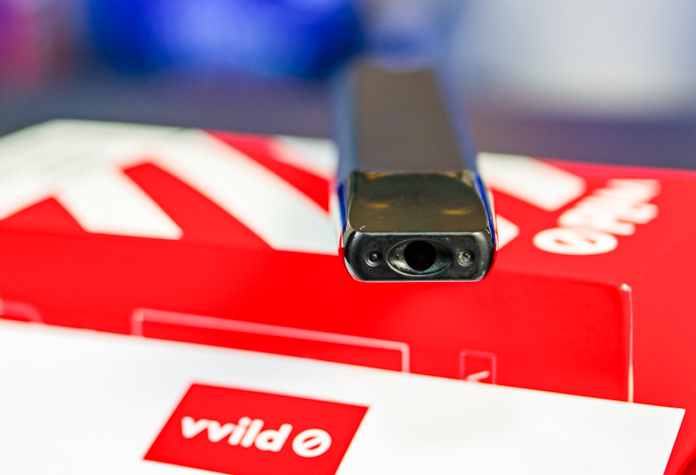 Vvild invented and patented a special Sharklet coating, which is used for the outer part of the mouthpiece. This is the first technology in the world that inhibits the growth of bacteria using a microscopic surface structure that forms a diamond-shaped pattern. This pattern structure prevents the appearance of bacteria.

Yes, there are no chemical antimicrobial agents. Just an antibacterial surface structure. These are nanotechnologies that draw inspiration from nature. Yes, because the name was not chosen by chance, Sharklet (from the English shark) copies the structure of the skin of sharks, which has similar antimicrobial properties. 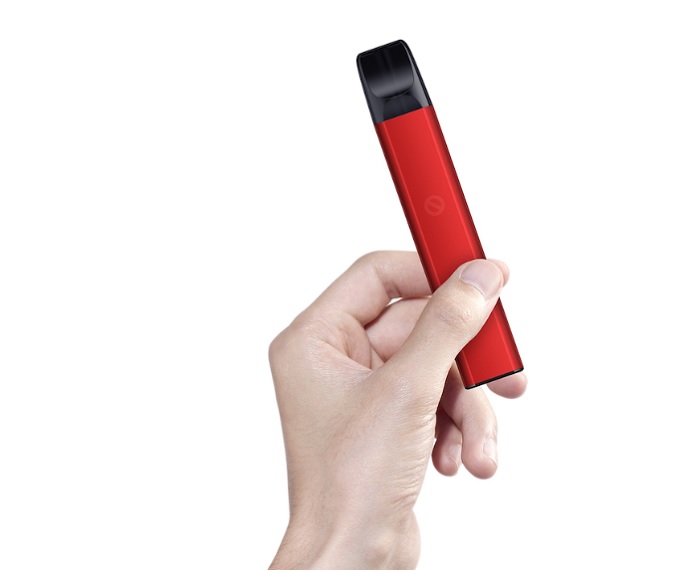 For several weeks I’ve been trying – and failing – to find any flaws. Well, besides the fact that it is not easy to find the indicator. This makes it a little difficult to quickly determine the level of charge in the dark. But no more flaws have been noticed. 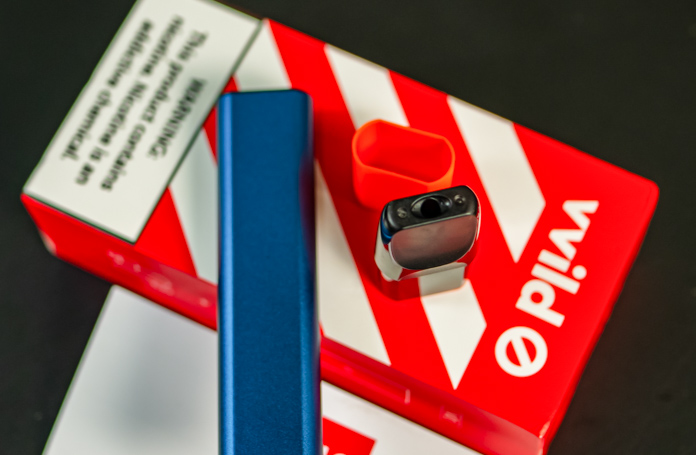 Does vvild V0 expect market success? Theoretically, I personally do not see any obstacles. 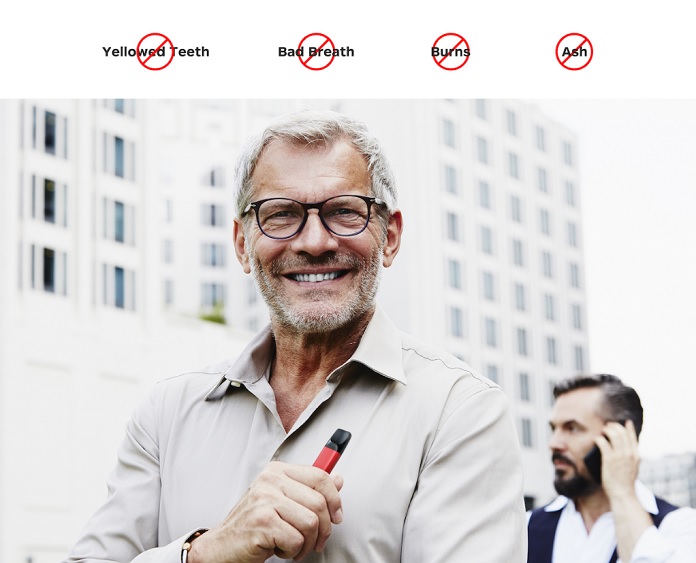 Be sure to read our other materials on the alternatives to traditional smoking. Where to buy vvild V0? You can purchase the device on the official website.