Marshall devices are easy to love and tough to hate. They are unequivocally retro, unapologetically rock ‘n’ roll and flagrantly nostalgic. They look kinda the same, sound kinda the same and have the same vibe. The brand maybe cares a little too much about style and not enough about substance, but that makes them all the more interesting to us. Personally, I’ve always wanted one of those, but couldn’t really afford them – there are usually similar much cheaper devices with comparable capabilities. And it’s no surprise that Marshall Monitor ll A.N.C. continue this trend. Will you buy them? That is the question.

The headphone market nowadays is a strange beast. The giants of old still hold, but barely: teens of today aren’t really hyped for Sony, Panasonic or Sennheiser – they are much more excited about Samsung, Huawei, Apple, or even Tronsmart, hardly elite audiophile names. But these are the companies who make tiny true wireless headsets that are so popular. Compared to them Monitor ll A.N.C. look positively ancient, with their leather façade, huge dimensions and optional cable.  But that’s Marshall for you – they know their audience. I am the proof of that: uninterested in wireless technology, I’m more old-school. That makes Monitor ll A.N.C. perfect, since they support not only smartphones and Bluetooth technology, but also good old players with 3.5-mm audio jacks. Finally we get the best of both worlds!

In a stylish and bizarrely complex box (that’s easy to disassemble and impossible to put together afterwards) we get a pair of headphones, a USB-C cable for charging, a case, manuals and a 3.5-mm cable for your vintage iPod.

Design is hardly the most important thing about headphones, but for this price it’d better be okay. And it is. Monitor ll A.N.C. was obviously made my Marshall – we get the same leather texture, and the same big logo on both sides. Gone is the traditional square design from Major III Bluetooth and Stanmore, which is surprising.

Monitor ll A.N.C. is heavy – it weighs 320 grams, but soft materials make this a non-issue. They are extremely comfortable to use – I easily used them for a couple of hours non-stop. In the summer, when it’s hot outside (and when we are allowed to go out) the leather material might become a minor problem and cause sweating.

Thanks to foldability they are easy to transport – they fit into the smallest of rucksacks.

Since this is a modern device, Monitor ll A.N.C. have all kinds of buttons and knobs. For example, the ANC button for active noise cancelling, and a “joystick” (Zound Industries love those; Adidas RPT-01 had them as well) for controlling music and volume, as well as some other things. So far so good: everything is intuitive and easy to grasp, especially if you’ve had the pleasure of using other similar headphones.

The mysterious M button is, on the other hand, more unexpected. It is here for summoning Google Assistant. How modern from Marshall! I’m glad that it’s here and I’m never going to use it.

So yes, there’s a lot of stuff on our headphones. Gone are the days when everything was adjustable on a player or your phone – now you can leave them in your pockets where they belong. But some things never (thankfully) change – the familiar 3.5-mm audio jack is alive and kicking. Nearby is a lot more recent USB Type-C port and an LED indicator.

What can I say about the overall design? It’s respectable, imposing and well-established. It’s Marshall. The headphones might seem big on photos, but they don’t make your head look funny, and they are comfortable to use. Positives all around.

Monitor ll A.N.C. might easily by the most comfortable headphones I used in a long time. They weigh quite a lot, but they fit me perfectly. The support for Bluetooth and 3.5-mm audio jack make them a solid choice for music connoisseurs both young and old. The build quality is great; nothing’s loose and nothing feels cheap of flimsy. You can even hook them up to an automatic turntable with bluetooth support to get that full vinyl experience.

It’s easy to pair them with a device of choice – just hold the joystick for a couple a seconds until you hear a sound cue. My smartphone was quick to befriend Monitor ll A.N.C.

For updating the device and equalizer settings you have to download the app called Marshall Bluetooth. I’ve dealt with it before, and have nothing bad to say about it, although the rating both on the App Store and Google Play is somewhat discouraging. The app is easy to navigate, but there aren’t really any interesting features. All we get is a five-band equalizer with preinstalled presets like “metal”, “rock”, “pop”, and so on and so forth. As usual, I choose the default options. You can also set up active noise cancelling here.

You can sigh the sigh of relief: the audio delay is minimal. I had no issues while watching Netflix or YouTube. A pleasant surprise. 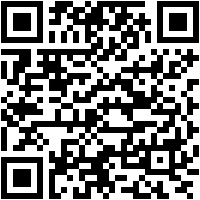 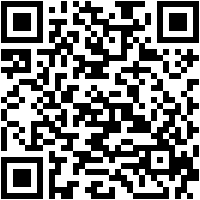 As wireless headphones, Monitor ll A.N.C. do their job just fine. No interruptions, loosing signal and other problems. And if you use the good ol’ cable, it’s as plain a sailing as you might imagine. There’s only one moment that bears mentioning: since the cable has no mic of its own, you can’t use the headphones as a headset when there’s no charge left.

And yes, the battery. It’s good: Marshall promises 30 hours of work with active noise cancelling and 45 without it. Solid numbers, about the same as Adidas RPT-01. The charging is also near instant: 15 minutes and you get 5 hours of playback.

Since these are “transformers” that support both wired and wireless connection, measuring sound quality becomes a tougher task. We all know that Bluetooth is hardly the best when it comes to audiophile quality. When your headphones cost as much as $319, you expect premium sound. But not with Bluetooth, no way. Mostly because Monitor ll A.N.C. support only SBC codec. No aptX, and no AAC. Nada. This I can’t understand, simply can’t.

The connection quality is good, no questions here. Although I couldn’t test them outside – you understand. But the sound is… it’s Bluetooth. Bluetooth is bad, SBC is bad, there’s no way around it. I mean it’s not terrible, but if you compare it with wired connection, it’s like night and day, the difference. I used my trusty iPod Classic, and was very satisfied with sound while using the cable. The sound is not surprising – most Marshalls sound more or less the same. They’re punchy, aggressive and even kinda raw. They prefer metal, hard rock and a bit of techno. There aren’t many details, and the scene isn’t what I would call wide. But I like the balance of bass – I like it when the headphones don’t try to blow your head off.

Monitor ll A.N.C. aren’t made for audiophiles who want to hear every single violin on a recording. They are made for Black Label Society and Black Sabbath, not Bach. In other words, they sound like they look. But, once again, it bears repeating that I’m talking about wired connection. Bluetooth makes them sound sad and deflated. At least there is a choice, which I like.

Now, the last thing, noise cancelling. Thanks to enveloping ear cushions you might not even need active mode. It’s here, though, and it works reasonably well.

Marshall Monitor ll A.N.C. are good wireless headphones that miraculously transform into wired ones. They marry conservatism of a well-known brand with modern technology. But some idiosyncrasies remain: there’s support for virtual assistants, but not for aptX or AAC. These are odd priorities for notable manufacturer of loudspeakers and headphones. It makes it harder to recommend Monitor ll A.N.C. to others since there are lots of similar headphones that can do more for less money.

Xiaomi 12 Lite smartphone review: why it’s not a flagship