A long-awaited sequel to an award-winning game, Dishonored 2 was destined to be either a success or an utter failure. People didn’t know what to expect the first time around, but now we all know how good these developers are and what are they capable of. We wanted more of the same and at the exact time something completely new. We wanted to see the return of Corvo Attano and some entirely different characters. Making sequel is hard, making a sequel for a cult game is impossibly hard. But they did it. Dishonored 2 is everything I wanted it to be – and more.

If you are new to the franchise, let me tell you what you’ve missed. The first game told the story of Corvo Attano – a bodyguard of Empress Jessamine Kaldwin in Dunwall. In the very beginning he is framed for a murder of the Empress and it was up to players to set him free and save the empress’s daughter, Emily. The game is set in a fictional steam-punk world with magic powers and interesting technologies. The main allure was that players could always decide how to play: they could kill everything that moves or be pacifistic. Even the bosses could be dealt with non-lethally. Corvo also had a wide range of abilities which allowed him to be either deadly or stealthy. Your style of play also shapes the mood of the ending. 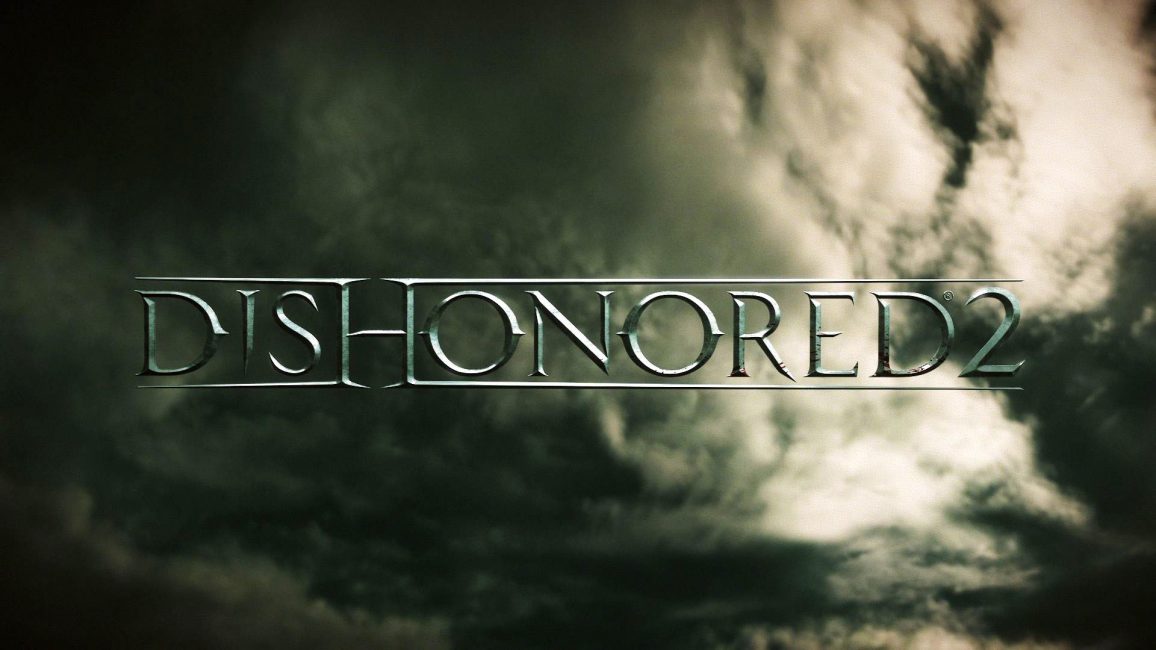 Now, the second game is pretty much the same. Why ruin a perfectly good concept, after all? But a lot of things are new. First of all, the location. While Dunwall is still important, it’s not the main venue anymore. For most of the time we see Karnaca – a brighter, maybe even better version of Dunwall, with seagulls, sunshine and dust storms. I was very happy to see another city – I really didn’t like dark and gloomy Dunwall with its plague and poverty.

Carnaca isn’t, of course, a paradise. Corrupt leaders, thieves, witches and murderers are everywhere, as well as the new “variation” of plague in the form of bloodflies. In the first game the plague was associated with rats. More corpses – more rats – worse ending. Here some things are similar: corpses will attract bloodflies, which in turn will attack anyone they see. Because of that I decided to play it safe and just not kill anyone. 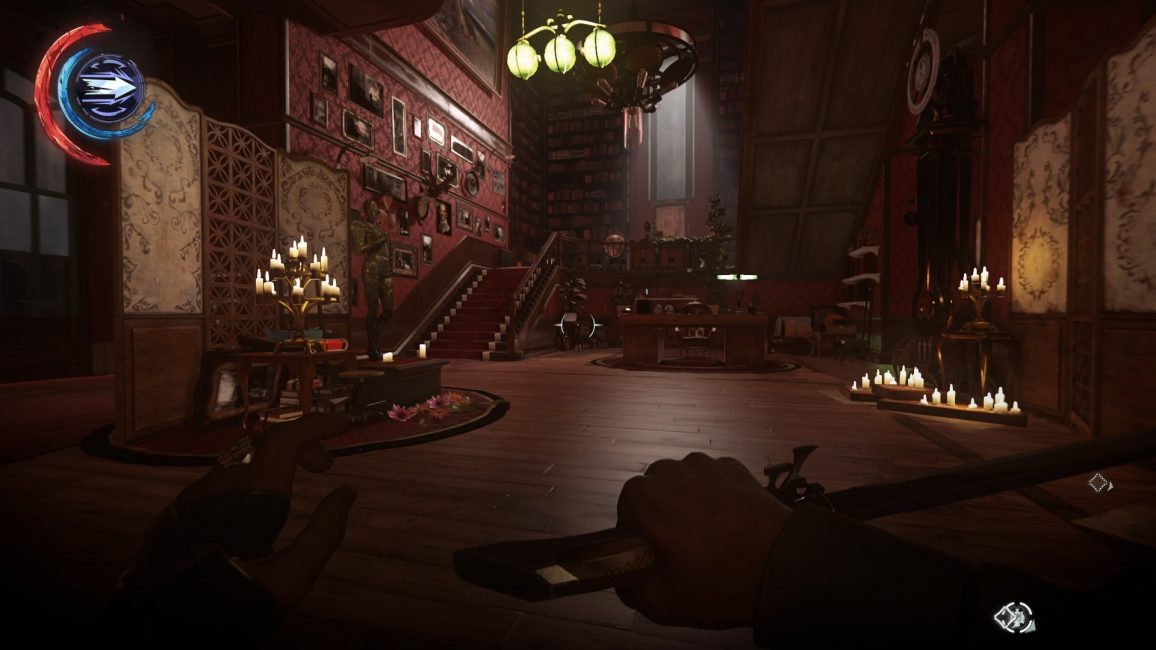 What’s interesting is that there are a lot of choices in Dishonored 2. Right of the bat we can choose between two protagonists: Corvo and Emily. They play completely differently and offer altered stories. I chose Emily – as a new character, she seemed more interesting. Also her powers seemed more interesting. But that’s just me – these characters play differently, so it’s up to you to decide. The best way to play is just to play the game twice. That way you won’t miss anything important.

I can honestly say that Dishonored 2 is really a lot better than the first one. The story is only OK – it’s a traditional tale of a usurper, revenge and speaking dead parents… or did I say too much? But I was fine with the story – I wanted to play because the gameplay is so good. I felt motivated enough, and what more could I ask? In short, the story goes like this: Emily, a new Empress, is not very good at her job. She’s not bad per se, she’s just… uninterested. Corvo stands at her side and gives advices, but Dunwall is once again in a bad shape. The plague is no more, but all around the unsuspicious empress people are working on their quest for power. And finally they make their move: it turns out, our empress’s late mother had a sister – a very mean sister at that, who’s also hungry for power. Also, she has super abilities which turn people into stone. A bit like the antagonist from Infamous: Second Son. Now Emily has to run and find a way to save Corvo (or vice versa) and take back her throne. 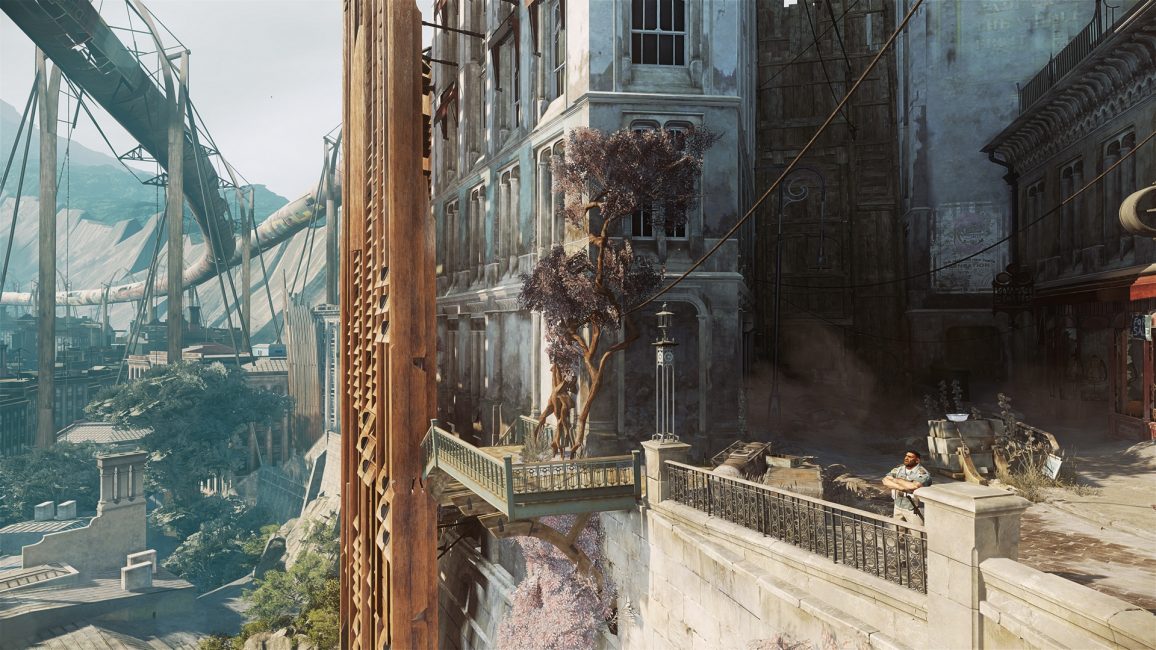 What follows is traditional videogames stuff: break into mansions, kill or “make disappear” those who oppose you and meet new people and old acquaintances. Seems trivial, but I loved all of it. Hiding in shadows, lurking under the noses of unwary guards, using special powers… it’s all so good. For me, there is no better stealth game.

Emily herself is a likable character, if only a bit bland. She used to be rich and powerful, but now she has to do the dirty work herself and be a witness to a sorry state of her country. Along the way she meets some familiar faces and some new ones, all of whom are always a pleasant sight. Graphically, the game looks fine. Maybe a bit unusual for those unacquainted with the first game. The world of Dishonored 2 is fantastic and better than ever. It can be dark or vibrant, silent of loud. You believe in it. But nothing compares to the level design. It is, simply, unsurpassed. Dozens of different ways to complete a mission, glorious artworks, living and breathing clockwork houses, huge open spaces with tons of things to do… I was immensely impressed. How do them even come up with this stuff? 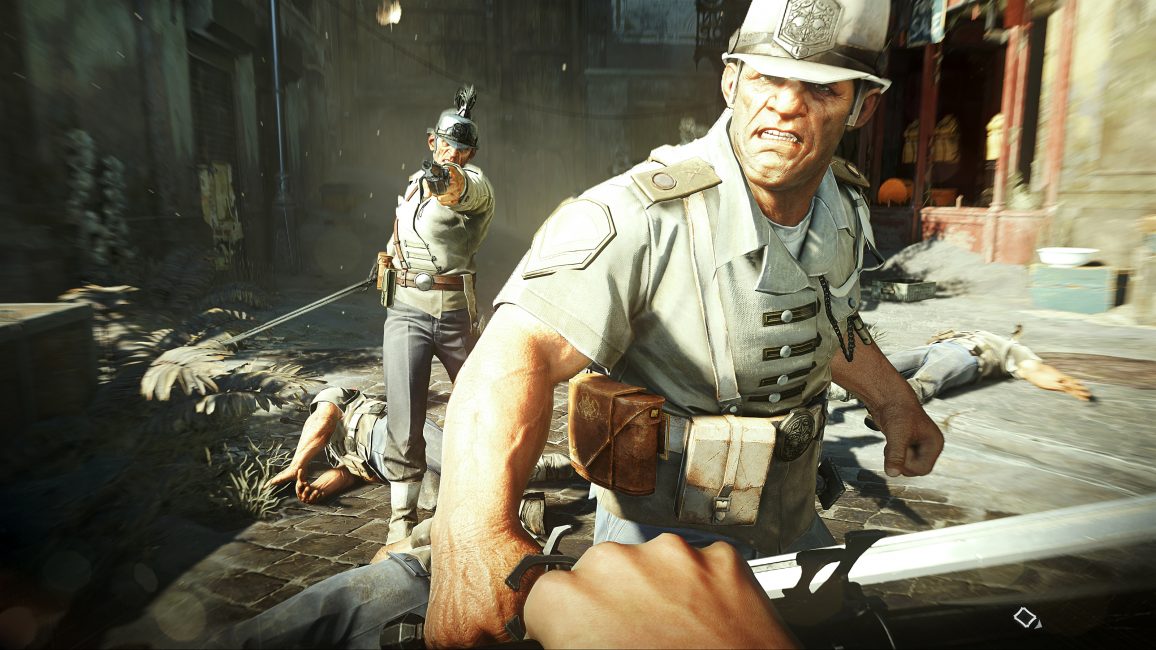 It is a work of art – a stunning example of what a really talented crew of game designers can do. You have to play Dishonored 2 at least for the amazing world.

As for gameplay, it is as solid as ever. Favorite powers return – but there are a lot of new ones as well. I especially liked the domino effect which allows you to connect a bunch of people together: whatever you do to one of them will happen to the others. You can really be imaginative in Dishonored 2.

So is Dishonored 2 a good sequel? A good game by its own? Yes and yes. It is an amazing creation and one of the best games of 2016.