Watch Dogs is a troubled franchise, everybody knows it. Even the fact that there is a sequel is somewhat mindboggling. But after all the scandals and hate Ubisoft is back. They obviously believe in the series and what seems to us as a dubious decision is, in fact, a very rational one. They have great developers, great ideas and huge potential. And they have ears and eyes they actually use, and by that I mean that they listen to the feedback and write down all the things that we want. The result is Watch Dogs 2 – a sequel to a mostly disappointed game.

No matter what you think about the first game, no matter how much you liked it, the fact is, it was deeply flawed. Good ideas were buried under a huge number of problems. The protagonist was dull and uninteresting, the plot laughable, and gameplay mostly monotonous. Some things worked – the engine was quite nice, the game looked good (even if it wasn’t as good, as promised) and the core idea of hacking your way through the enemies was laudable. There was a promise. But the game just wasn’t… fun. It was driving for most of the time and also some generic shootouts. But gamers wanted something else – they wanted the power of hacking, the ability to change people’s life’s without any trace. We have enough soulless shooters. Give us something else!

And something else we got. Watch Dogs 2 can easily be a whole different franchise – that even might have helped it. It reminds me little of its predecessor. Some elements stayed: reading other people’s texts, driving and shooting, being stealthy and so on. But most of the things have been revamped or completely removed. Even controls have changed! 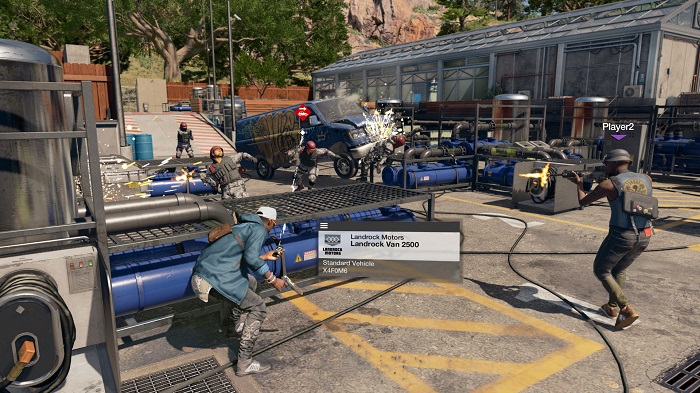 But most important thing is that the tone is different now. Gone are angsty mobsters who pretended to be better than others, comically bad antagonists and dim lighting. Instead of Chicago we have San Francisco, instead of revenge plot we have a revolution, instead of moody protagonists we have… hipsters.

Overall the mood change is probably the most important one. The game is lighter and more colorful. And while the plot is not fantastic, it’s much more engaging. I actually wanted to help this motley group of hackers and outcasts. Their reasons are sound and their motivations understandable. And when something tragic happens to one of them, I actually feel something. Now that is rare nowadays. The game is surprisingly believable from time to time mostly thanks to great direction. Nobody can say the studio didn’t try to spice things up, and mostly it’s a great update. Don’t hate this game beforehand – it’s really not like the first one.

Out main protagonist is Marcus. He is, of course, a gifted hacker, a charmer, a fighter and a person who knows how to control a bus, a car or a boat. He is athletic and good looking, and overall a great update to dull Aiden. It’s nice also to see a good black character, especially after some awfully stereotypic black bad guys from the first game. But this time around we are not alone in out fight for the freedom of speech and the right for privacy. The mysterious DedSec is back – and not quite as mysterious as before.

They are actually a bunch of different guys and gals. Attention: you may or may not hate them. While not as outrageously phony as those freaks from the last Need for Speed, they are still pretty silly. Especially Wrench, who is, essentially, a walking emoji. Others are more stereotypical: a geek, an artsy designer and another black guy, who has no specific characteristic. Together they are DedSec, a force which can destroy all of Silicon Valley’s big corporations. It is as believable as any other game in the genre. 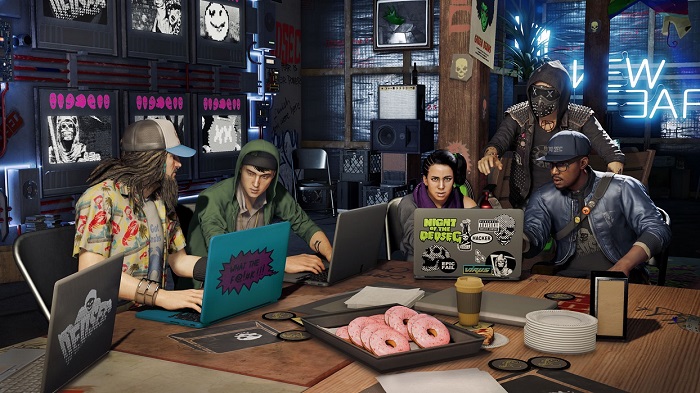 Now, Marcus I like. He can get things done. I hardly understand what DedSec had been doing prior to his initiation.

The gameplay is what you might expect, but with a few twists. There are still guns, car chases and stealth play, but there are also many new things too. Shooting is, finally, optional. Unlike before, you can choose not to kill policemen and gangsters, though it makes the game much harder. Hacking is also more versatile and useful – finally it is also a weapon. Among the additions I really liked the is ability to have anyone arrested or killed by rival gangs. In fact, in most situations you can lurk in the shadows and watch the ensuing chaos. You can actually destroy enemy bases without participating. It’s refreshing and just plain cool.

The plot is fine. It reminded me a lot of Silicon Valley – the HBO series about a startup company trying to finds its way to the top. Maybe it’s just the setting. But unlike the first Watch Dogs, I really wanted to do missions and side quests. I wanted more and I kinda liked the characters, however silly and unbelievable. I felt motivated and invested. 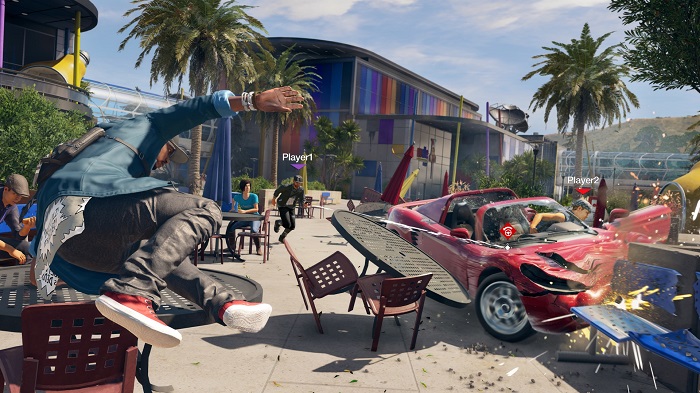 Among other changes are car physics. Now cars handle a lot better. Marcus also has new gadgets: a quadcopter and a drone. These gadgets help with mundane tasks like scouting and hacking into PCs. Actually, gadgets save this game when it comes to stealth play, which is plain awful. Yes, a lot of time Marcus needs to infiltrate

I won’t say that Watch Dogs is a perfect open world game. It has its problems. For example, we see the return of autosave – the worse kind of autosave there is. When you start a mission, you can’t manually save your progress, so you can’t quit halfway. But that’s not all – anything can restart you progress. One silly death – and it’s all over. I hate that system so much. I had numerous times when I finished my mission, but was killed by an accident. That’s it – 30 minutes gone. 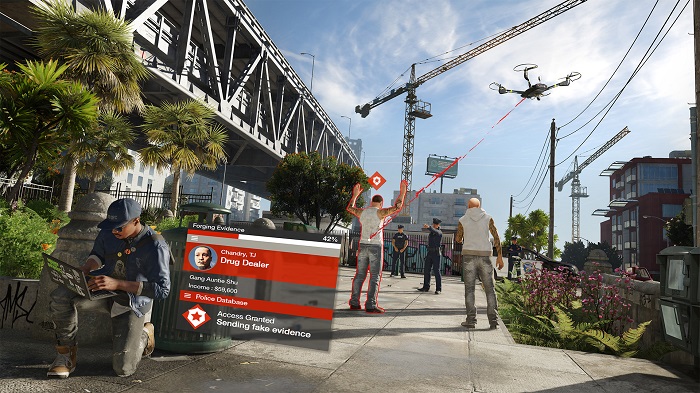 Watch Dogs is a good game. It’s an example of how a franchise can evolve and learn from it’s mistakes. It is a really funny game with great jokes and references. Characters are nice enough and the reasons behind their actions are almost always noble. It is a game about a modern revolution, and its self-awareness is refreshing. I will remember a mission where I hacked into Ubisoft and stole their game trailer for a long time. If you like open world games, you won’t regret buying Watch Dogs.

On April 15 Apple introduced a new version of the iPhone SE. Before the...
>>>

Realme 6 review – The best in its class?

Let's talk about the Realme 6 from the young brand Realme. The company is...
>>>