Sergiy Misyura: 31st day of the war. What do we have?

31 days. It is today, I believe, that our month of war against the Horde has closed. Because 7 months in a year have 31 days, and only 4 months have 30 days. Statistics is a stubborn thing, just like the Ukrainians, who have been exterminating the occupant on our holy land for a month now.

And I have something to tell you

Reality comes first. You are relaxed!

Yes, you read and get it right. And I understand this, because this is a typical reaction of the body. It gets used and adapts. Even to death around and burning cities nearby. You’ve stopped hiding in the basement, the fear passed, and the feeling came that the war was somewhere far away, as it once was during the ATO…

You are relaxed, looking for a way to rest, some thoughts about a day-off appear, you are not satisfied with your standard of living, day schedule or sausage variety in the refrigerator. These thoughts are ok, but there should be few of them. You must be in line, mobilized, and only dreaming about immediate plans – because this protects you from stress and panic. And the desire to rest will also pass, because the army also deploys reserves, regroups and coordinates them. The army never stops. Always ready and always motivated to win.

Now, about the Army

About our strength, support and icon – our Armed Forces of Ukraine that has no days-off or more than 4 hours for sleep. The army gnaws at the enemy, exterminates them like young cats catching rats. With passion, fire in the eyes and a constant desire to take down the russians to avenge our dead brothers and tresspassing our Mother Ukraine!

Russia has been unable to accomplish anything for several days. No forward movement, no chance to crank out any operation. There is no longer any talk of an offensive. And you noticed it too. All they can do is launch rocket attacks on cities, because this is the only thing that can be done with impunity to create panic.

But our people, the Ukrainians, are so reckless that buses from regional centers going to the region for staffing have been returning full back for weeks. The troops in the units are provided with everything, and reserve battalions have already been created from the people in each brigade, which, basically, are already fighting on captured equipment.

Even foreign OSINT specialists have calculated that we have surplus in vehicles – right now we have by 40 tanks more than before the beginning of the war. What more is to say about other vehichles types? In some brigades, a second set of artillery group units has already been created, successfully fulfilling the tasks of destroying the russians.

In general, this is a unique case in history, when during the war the number of tanks in the Ukrainian army does not decrease, but only increases. We lost about 80 tanks, captured about 120. Total: plus ~40 tanks. pic.twitter.com/RENkfBrWWN

What’s going on on the frontline

Just yesterday, two villages were liberated, building clearing operations in Irpen are under way, Nikolaev is actively defending itself, so that even near Kherson aircraft groups have been destroyed for nearly a dozen times at Chernobaivka, along with two generals.

Mariupols stands, in the port of Berdyansk the large landing ship Saratov was destroyed, and two similar ships were severely damaged.

Chernihiv, Sumy and Kharkov stand. All this is done with great effort, with losses, but we stand! We stand so much that the propagandist Solovyov personally already says that there was no plan for a quick capture of Ukraine, and they are fighting against the second army of EUROPE! Not with a gang of Bandera’s vagrants, but with a second army after the swamp team with detachments of [email protected] from Caucasus.

The whole world supports us

Every Ukrainian understands that everyone supports us, and our army, fighting against the Horde, has already gone down in history and will not stop without a victory. Even with bad negotiations, no one will leave russia a chance to seize our territories. We will not get tired of destroying russians and sending jars of leftovers to distant garrisons. Never.

So don’t get tired either! Believe in the Armed Forces of Ukraine, believe in the command, Zaluzhny, Shaptala, Marchenko, Nikolyuk, Vdovichenko and all the commanders in the field. We have already won by forcing the enemy to stop. We will drive him out of our land! 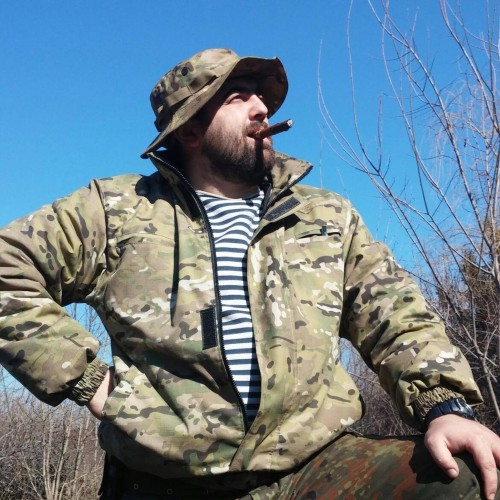 5 Ways To Improve The Time Management Process For Remote Employees

Understanding Bitcoin Transactions and Their Benefits

Your Coins Should Work For You: The Best Coins For Staking 2022

Why Do You Need a Bot to Trade Bitcoin?

How to Receive a Bitcoin Payment