The 1MORE PistonBuds Pro buds were positioned as a Hi-Fi solution for almost a penny. Packed almost to the brim with features, supporting proprietary software, compact, stylish and moderately autonomous… But I don’t understand it. And by the end of the material, you will share my misunderstanding. Or you will not, if you’re lucky.

TABLE OF CONTENTS
1. Positioning
2. What’s in the box
3. Design
4. Specifications
5. Battery life
6. Controls and Software
7. How good are they
8. Verdict
9. Read also

The price, for example, is quite premium, 70 euros. Although you can snatch it on AliExpress for 15 euros.

The buds come in a basic box, a USB cable plus three spare pairs of silicone ear tips, as well as a paper instruction in the box.

Visually, the 1MORE PistonBuds Pro looks nice. It all starts with case that’s rounded on the sides, but flat on top and bottom. The lid of which is slightly loose, and the gloss under the concentrically polished metal can get dirty quick, but the matte plastic is excellent in all other places.

By the way, the earphones themselves are similar, with a cylindrical base and a concentric texture.

Let’s return, however, to the case, because behind it there is a USB Type-C connector and a physical button that is responsible for pairing. At the bottom there is a nameplate with basic information.

The weight of the headphones is 4.5 g each, which is very little. They are almost weightless in the ears, they have a very weak profile, and they are also protected from water thanks to the IPX5 standard.

In terms of bare numbers, there are no problems. Bluetooth 5.2, AAC support, 10mm drivers, four microphones – including two outside and a pair inside the audio channel. There’s also the the neural noise reduction algorithm, and ANC support with noise reduction up to 38 dBa.

There’s also the Ambient mode. By the way, the ANC mode can be switched to “anti-wind”. Which is especially cool when riding a bicycle.

The control scheme is simple and clear. Long press for switching modes of noise control, double tapping for pause and playback, triple press for turning on the voice assistant. BUT! Controls can be changed. For example, you can triple-click to skip tracks. 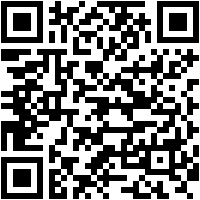 It displays the exact charge of the headphones and the case, setting the noise level and ambient mode, as well as switching the pause mode when taking the earphone out of the ear, a low input delay switch for games, control settings and a basic equalizer of more than a dozen presets. You can update the firmware as well.

The interesting thing is that through the app you can play soothing sounds that will play in parallel with what is already playing on your device. At least on the Xiaomi Redmi Note 11 Pro. However, the quality of these soothing sounds leaves much to be desired – they don’t even feel like stereo, and they sound especially bad just on the 1More PistonBuds Pro, where bad mastering becomes obvious.

The brand also boasts that the music presets (as I understand it) were tuned by Luca Bignardi.

How good are they

I will say right away – maybe my sample is failty, but I was dissatisfied with the muddy center when mixing the sound. Everything that was on the left or right in the three-dimensional scene felt like a pure buzz, regardless of frequency.

But the closer to the center, the murkier and more toothless the sound turned out to be. At first, I thought it depended on the mastering of the songs – for example, the energetic passages of Xanakin Skywok felt muddy, and the cheerful tunes of David Byrne, on the contrary, were high and clear. But then I realized that Xanakin Skywok and many, many other artists have a sound centered with rare instruments on the sides – and these instruments sound great!

I wasn’t the only one who noticed it, my girlfriend noted exactly the same situation. At the same time, the editor-in-chief, who was the first to test the headphones, did not notice anything like this at all, and he was delighted with the sound. That’s why I can’t say that the sound is bad.

In addition, the situation was slightly corrected by the “warming up” of headphones in  1MORE Music. It allows you to rock the components inside, but it takes time and has not completely removed the issues in the center.

Unfortunately, this feature is deeply hidden. The basses have become elastic and distinct, almost the best in all TWS that I’ve heard, the voices have become more expressive, and the longer I warmed up the headphones, the better the quality became.

The 1MORE PistonBuds Pro has its own sound texture, a little dull, but expressive in its own way. And I don’t like it. But a lot of you will.

But I can praise the quality of the microphones right away, the sound is clear, the noise control works perfectly. The connection quality is very good, even in problematic areas.

Apart from incomprehensible sound performance, the 1MORE PistonBuds Pro is quite good. This is a decent, stylish, cool and high-quality TWS model that will easily find a buyer for its price. Just don’t forget to warm it up.

Apart from incomprehensible sound performance, the 1MORE PistonBuds Pro is quite good. This is a decent, stylish, cool and high-quality TWS model that will easily find a buyer for its price. Just don't forget to warm it up.Denis Zaychenko1MORE PistonBuds Pro review: The weirdest TWS earbuds