Huawei is slowly but steadily becoming a market leader. It’s the second biggest smartphone company in the world. Not the least important in this success is the Honor brand. Usually, Honor means more affordable devices for a younger audience. Today we talk about Honor Play – a curious gaming smartphone with neat design and great specs. And the price of all this is more than decent. 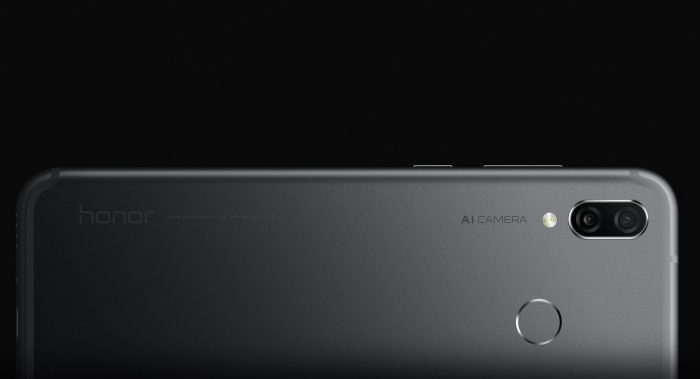 Honor Play has lots of rivals, and most of them are inferior in terms of specs and price. Among the notable examples are OnePlus 6, Xiaomi Pocophone F1, Oppo F9 Pro, Xiaomi Mi 8 SE and LG G7 One. Honor Play will cost you about $357.

What is in the box?

We had an engineering sample, but if we are to believe the first reviews, the future buyers will find a white USB-C cable and a charger in a small cardboard box. Unfortunately, headphones are not included.

Design, ergonomics, and quality of materials

This section opens a long list of advantages. To be honest, Honor Play is like a breath of fresh air after a huge amount of glass and glossy devices that have recently flooded the market. The aluminum alloy body with a matte surface looks great and almost does not collect fingerprints. Antenna lines are engraved on the top and bottom edges, giving the back a clean and seamless look. 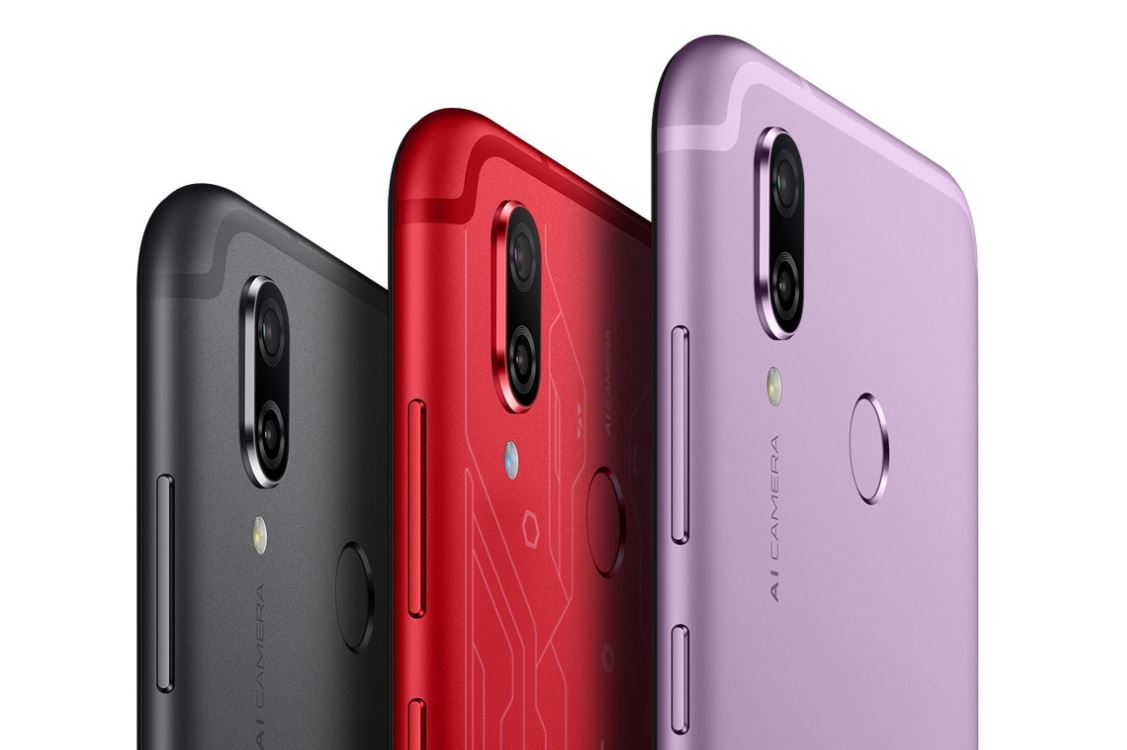 We were lucky to get a purple model for our review. The bright backplate colors separate it from the others. There are four color options in total: black, purple, blue and red, which is the coolest. 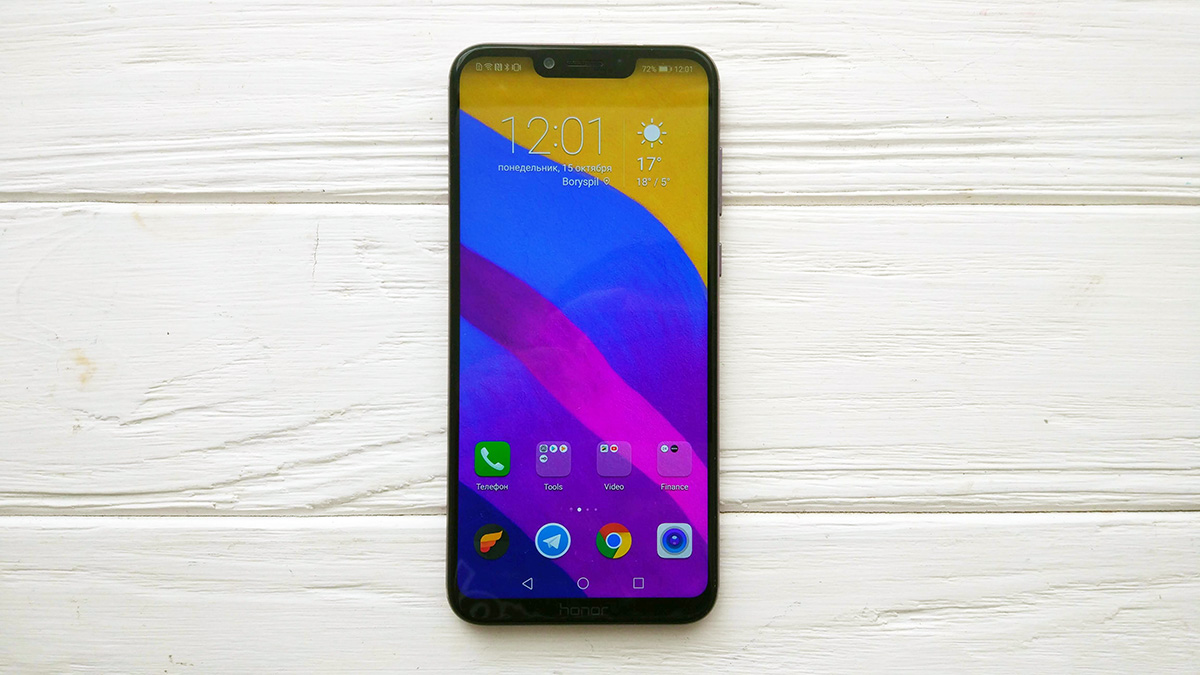 In front we have a huge 6.3-inch screen with 19.5:9 aspect ratio; glass has oleophobic coating. The side edges of the smartphone are rounded, which makes it ergonomic and allows you to use the device with one hand. The dimensions of the device are not small: 158 × 74 × 7.5 mm. Weight is 166 gr. 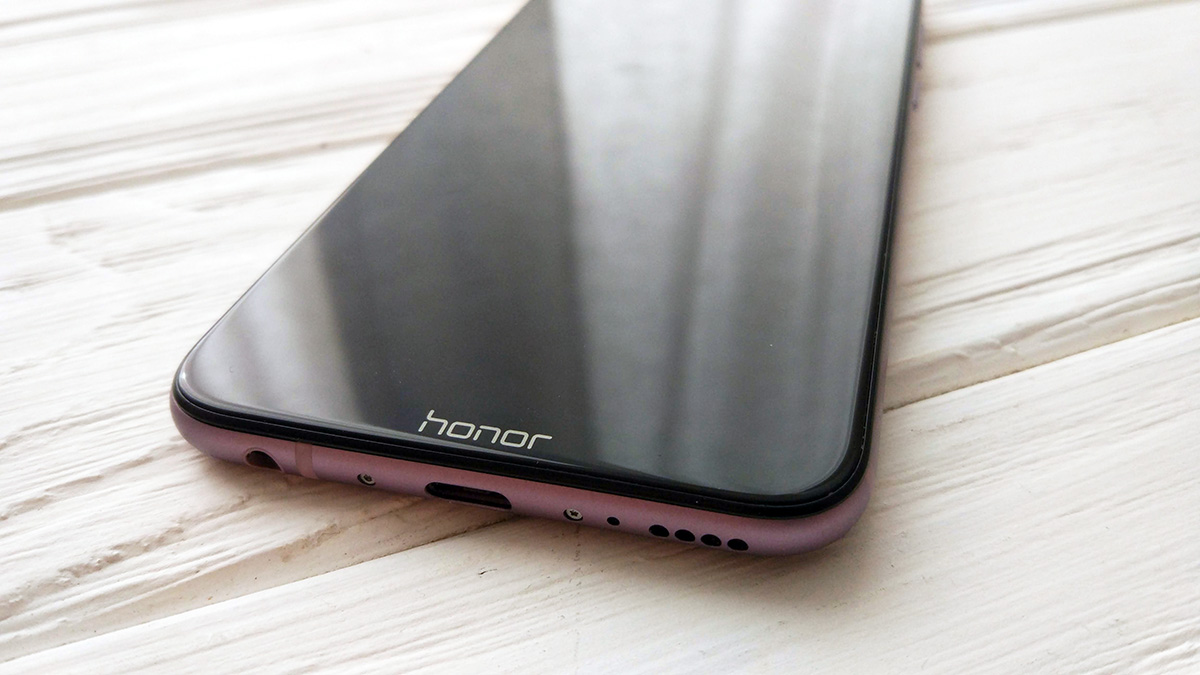 As for build quality and materials, everything is up to par. It’s sturdy and does not bend or creak. The design is monolithic, and the phone looks very reliable. But most modern features in the form of protection against moisture and dust are absent here, so you need to carefully handle the device.

Read also: Huawei P Smart+ or Xiaomi Mi A2 – What to choose?

In addition to the screen, the front panel includes the eye of a 16-megapixel front camera, light and proximity sensors, a speaker, an LED indicator for notification. The speaker seems good enough. You can hear the person on the other side loud and clear. 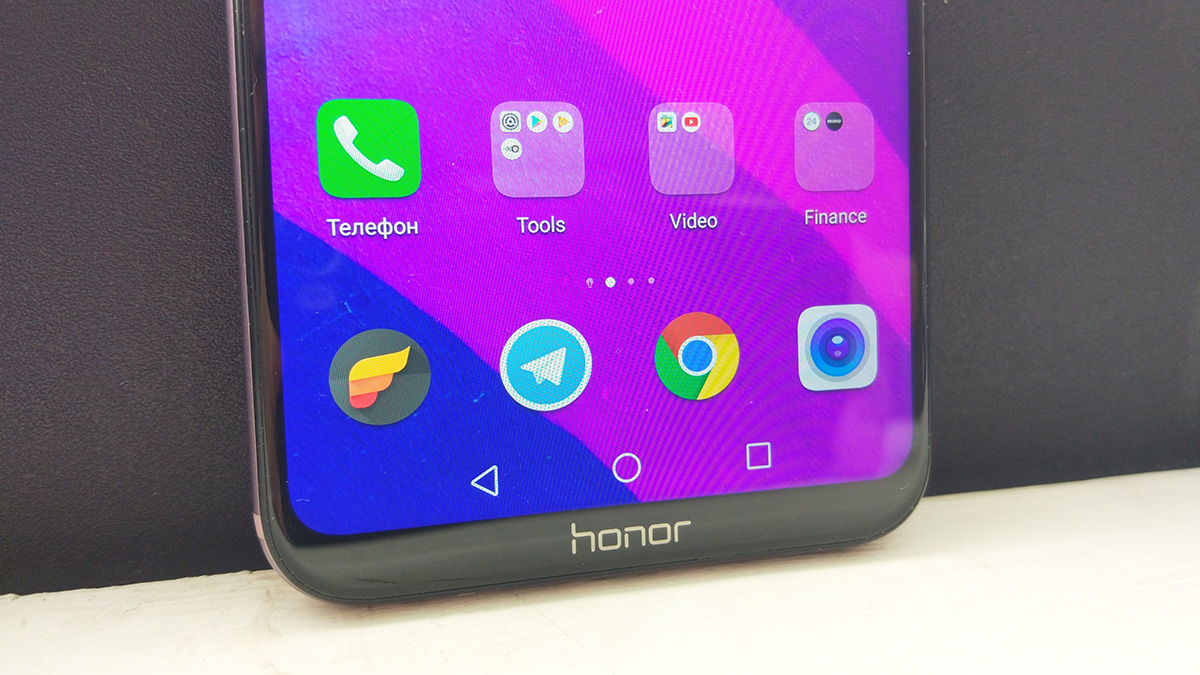 On the back of the smartphone, you can find the dual module of the main camera in a protruding unit, a flash, and a round fingerprint scanner. The scanner works well, but I practically did not use it, since Honor Play has face recognition function. Unlocking is quick, both in the daytime and in the dark. 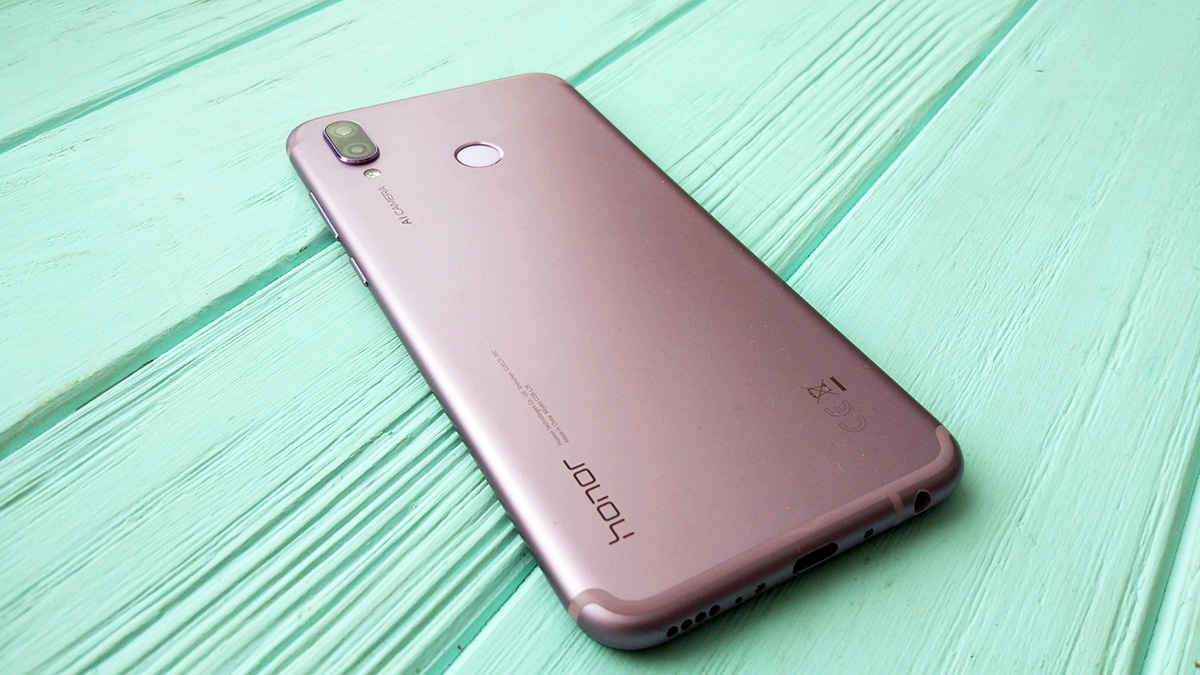 At the bottom of the device are 3.5 mm audio jack, USB-C port, a microphone, and a speaker. The speaker is loud and pretty good. 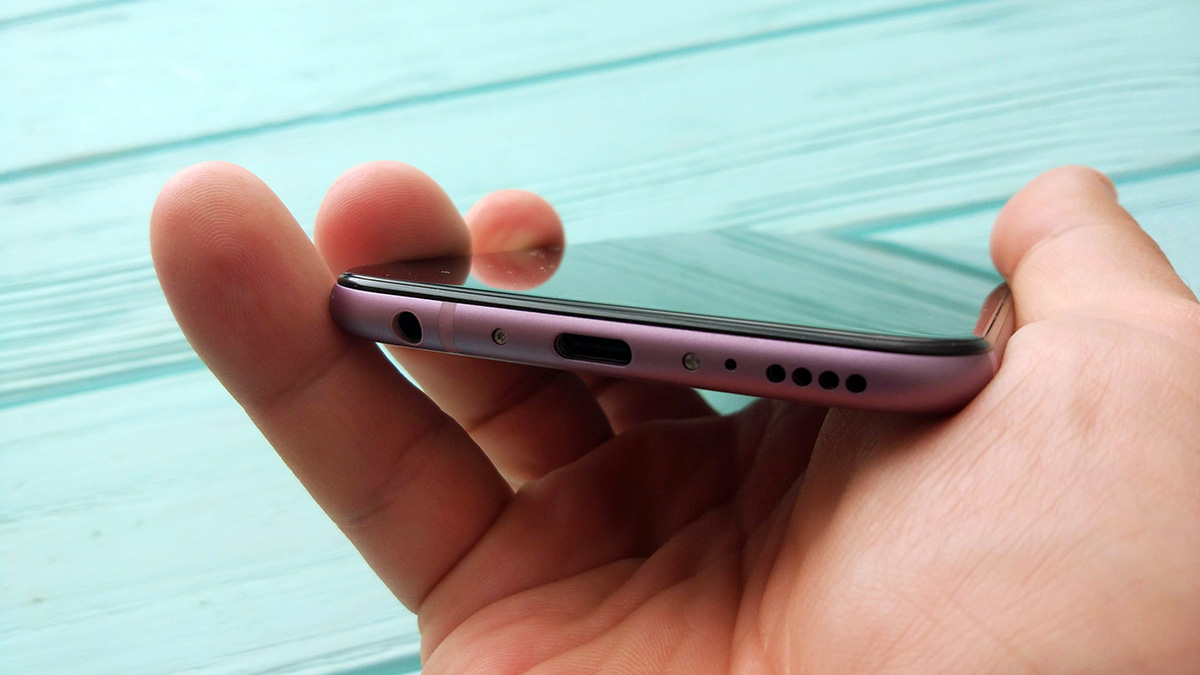 On the right side are located: the power button and volume button. Both buttons are made of plastic but work flawlessly. On the left side, you can find a hybrid slot for nano-SIM and microSD. Instead of a memory card, you can put a second SIM card. At the top, there is an additional microphone for recording stereo sound and the noise cancellation system during conversations. 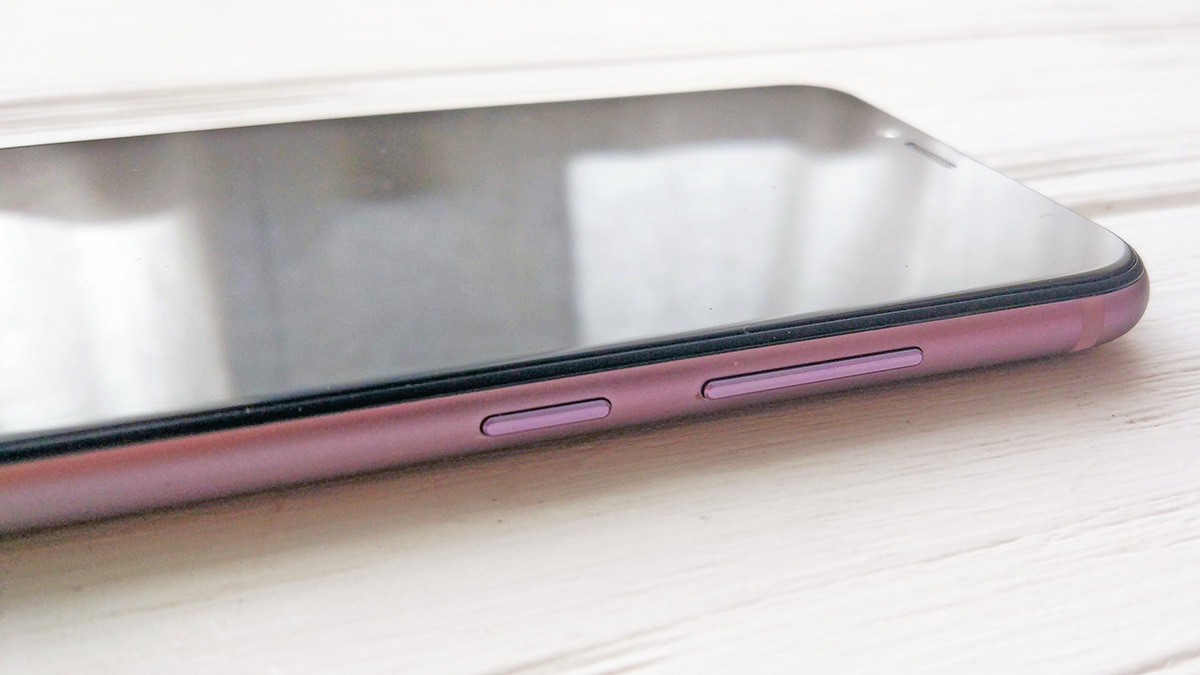 The display is quite bright, although a bit oversaturated by default. If you are not a fan of bright colors, you can choose a more “quiet” color preset in the settings. Also, you can reduce the resolution to HD+ to save battery in situations where it is needed.

The screen viewing angles are good. But there is a small drawback: the screen is mediocre in direct sunlight. I always want to go into the shade or cover the display with my palm. 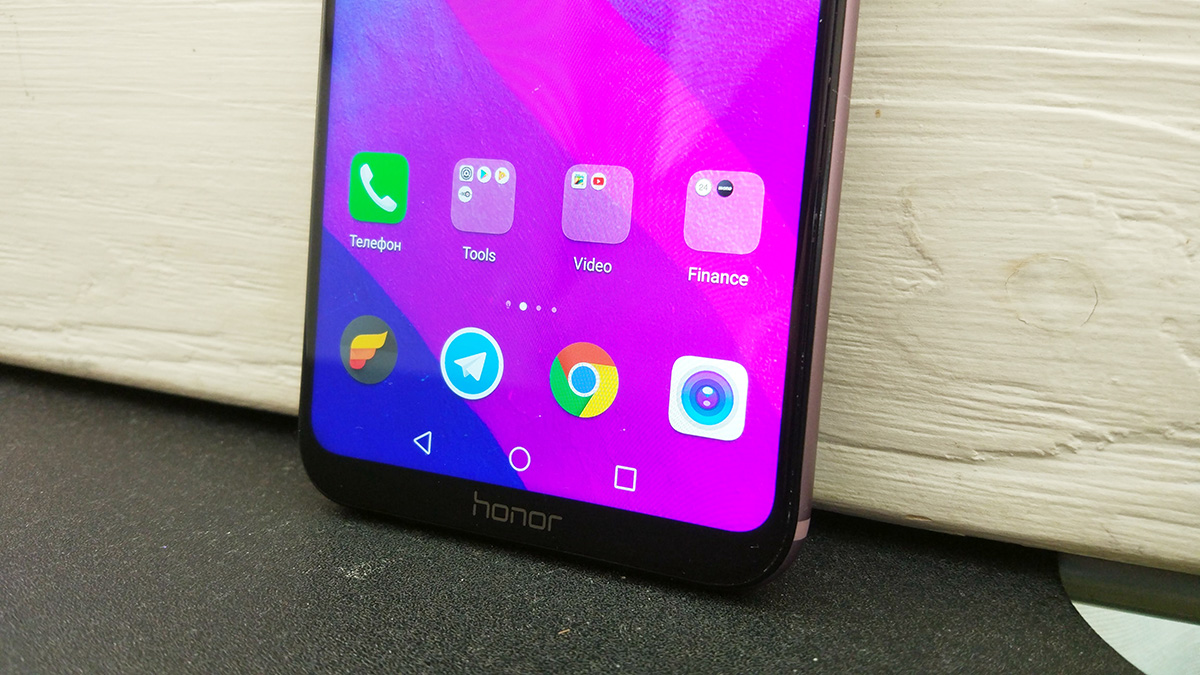 Everything is standard here. Honor Play can work with two SIM cards, there is support for LTE CAT 18/13 (1/3/5/7/8/20). Bluetooth got version 4.2 with support for aptX and aptX HD. There is also an NFC module so you can use contactless payment.

Regarding navigation, the smartphone works with GPS, GLONASS and BDS systems. It’s instant, and the accuracy is about 5-6 meters.

In the average price range, there is one major problem: manufacturers give their models top characteristics or features, but still save on something. In the case of Honor Play, we’re talking about the subpar camera.

The main camera Honor Play has two modules – 16 Mp (f/2.2) + 2 Mp. The second module collects information about the depth and blurs the background. The front camera has a 16-megapixel module (f/2.0). 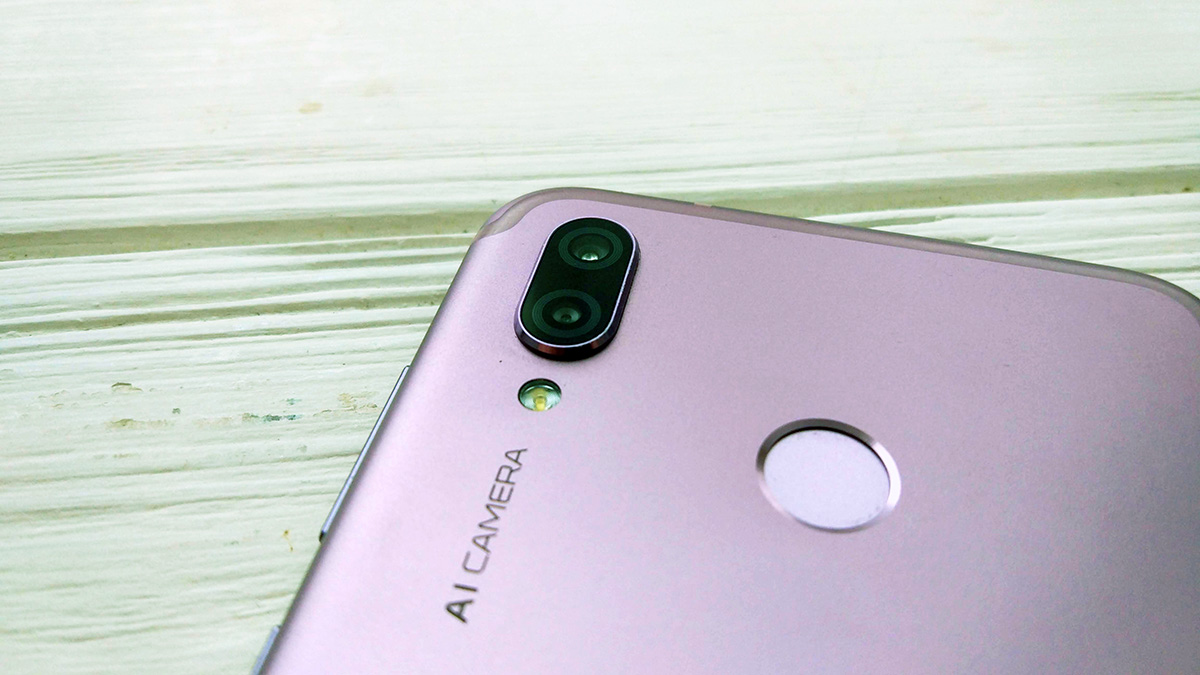 In good conditions (sunny weather, bright lighting) photos are excellent. The camera captures a sufficient amount of detail, the noise level is low, and the color rendition is pleasing to the eye. In less than ideal conditions, the quality of images decreases substantially.

Since there is no optical image stabilization in Honor Play, the sharpness of the photo suffers. This is where the artificial intelligence (AI) helps. In real time, it recognizes 22 different scenarios and adjusts the shooting parameters accordingly. In good conditions it is better not to include AI at all – the pictures are too oversaturated and do not look natural. 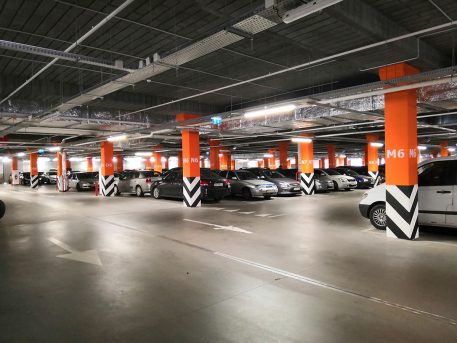 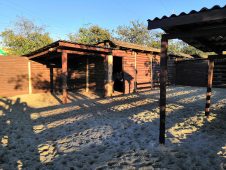 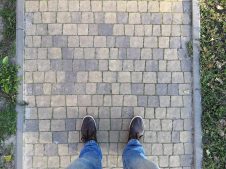 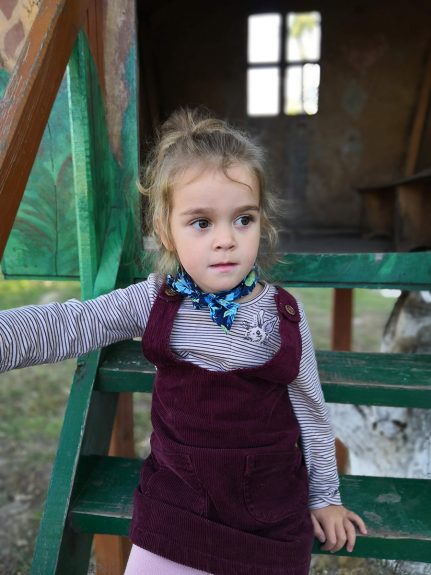 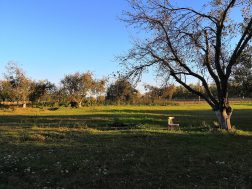 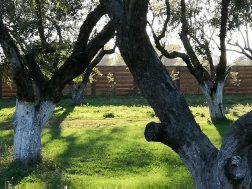 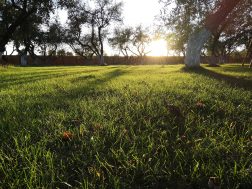 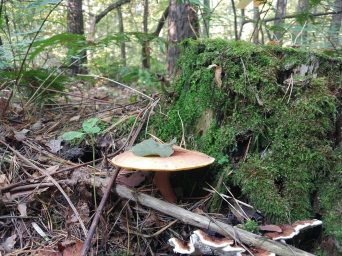 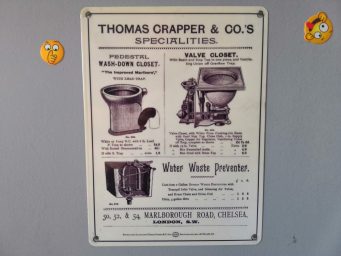 The smartphone can shoot video at resolutions up to 4K at 30 fps and FullHD 30/60 fps. There is a slow-motion mode – 120 frames per second. In general, the videos are good, the only thing that spoils the impression a bit is the autofocus that is constantly in search.

Overall: in daylight all is well. If you wish, you can get the hang of making good pictures. With insufficient lighting and at night it is better to shoot without a tripod. You also better get the hang of the pro-mode.

Powerful hardware is the main feature here. Even with several applications running in the background, including PUBG and a few open tabs in Chrome, Honor Play stays strong. The manufacturer has done an excellent job of optimizing the smartphone shell; the smoothness of the interface and the reliability in everyday use are guaranteed. There’s one thing that disappointed me: the device heats up a lot. With a heavy workload, the front panel gets really warm.

At the very center of Honor Play is the powerful Kirin 970 processor. This chipset was the top of the line of proprietary Huawei processors before Kirin 980 release, and it is used in the current flagships like Huawei P20 and P20 Pro, as well as Mate 10 Pro. After the release of the new chip, the company quite logically began using “older” Kirin 970 in mid-rangers. A twelve-core Mali-G72 MP12 is responsible for the graphics. Also, depending on the version of the smartphone, you get either 4 or 6 GB of RAM.

Honor Play was one of the first smartphones to receive support for proprietary GPU Turbo technology. According to the manufacturer, it allows the device to significantly increase performance in games with lower power consumption compared to the standard model. It sounds cool, but unfortunately, at the moment GPU Turbo is supported by only three games: PUBG Mobile, Asphalt 9 and Real Racing 3. Also, the effect of using GPU Turbo at the moment is almost imperceptible. Perhaps in the future, software optimization will be improved and we will see this technology in all its glory.

The results of the Honor Play in the benchmarks are really impressive:

In terms of sound, Honor Play is average at best. The device is okay for listening to music, using a wired headset or Bluetooth headphones, or a wireless speaker. The external speaker is loud and clear.

The huge 6.3-inch Honor Play screen is just perfect for watching movies and TV shows. The viewing angles are fine, so, for example, you can watch a movie with the company of three. The only thing that spoils the picture a bit is the density of 409 pixels per inch, because of which the display may appear a bit grainy.

Test sample Honor Play is running Android 8.1 and EMUI 8.2. The new version of the shell with the number 8.2 brought a lot of useful features and improvements. For example, Honor Play supports Face Unlock function, and the proprietary gallery has machine learning function.

I also want to point out excellent tools for optimizing the speed and cleaning the smartphone (preventing slowdown after the long-term operation) and the battery utility. The latter, by the way, helps to significantly extend the battery life of the device. There’s also a Party mode to synchronize music playback on different devices, for example, during a party.

The second major advantage of Honor Play is the battery capacity of 3750 mAh. There is a proprietary support for fast charging (Huawei SuperCharge) when using the 18-watt charger.

With a maximum load in the first days of the tests, the smartphone confidently survived until late evening, and in the conditions of everyday use, the Honor Play battery sometimes lasted until the evening of the second day. This is a very good result.

Honor Play is obviously made for gamers. Instead of releasing an expensive smartphone Huawei decided to act smart and release a mid-ranger. I believe that was a winning decision.

Honor Play is powerful enough for most of the games, even the heavier ones. A trendy notch-laden screen is quite big, but the phone is relatively comfy for everyday use. And the battery is impressive which is very important for a gaming device.

So what’s the verdict? If you don’t particularly care about the camera, but watch a lot of movies and play lots of games, then Honor Play is for you.