After several months of leaks and rumors, Carl Pey’s company Nothing has finally confirmed that next month it will unveil its first smartphone – Nothing phone (1). Although the company has not yet shared specific details about the device, we expect more details to appear before launch.

For now, all that is known is that an event called Nothing: Return to Instinct will take place in London on July 12. The event will start at 3:00 PM GMT, and you can RSVP for the live event here.

Recent leaks suggest that it may be a mid-range smartphone with a new Qualcomm Snapdragon 7 Gen 1 chip. Previous teasers have also suggested that it will run on a custom  Nothing OS, based on Android 12. The device is likely to cost about €500, but at the moment we can’t be sure.

Nothing previously stated that the Nothing phone (1) will have a unique design with a transparent back panel, a middle frame made of recycled aluminum, support for wireless charging, and no chin under the display. The device will contribute to a new product ecosystem. And while this will be only the company’s second device, Nothing already has four other devices in the works to complement its ecosystem. It is reported that the Nothing phone (1) will provide a seamless connection to other devices, but we may have to wait a while to see how it actually works.

If you are interested in Nothing phone (1) software, you can get an idea of it with Nothing Launcher. The “Minimal Launcher” app is available for download in the Google Play Store and supports all devices running Android 11 or later. 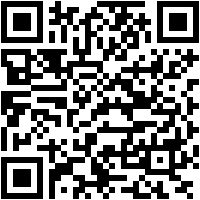 Unusual, powerful, with an almost perfect OLED display - this is how you can briefly describe the new ASUS ProArt Studiobook 16 OLED laptop. Which...
News

Weapons of Ukrainian Victory: Iris-T SLM for Ukraine from Germany