If you’re a die-hard Halo fan, who’s looking for a pair of great boots, Wolverine has something for you.

Wolverine is a US-based company that makes boots for a 139 years, and on March 25 they announced a partnership with Xbox, for a limited-edition Wolverine x Halo: The Master Chief boot. Inspired by the existing Wolverine’s Hellcat boot, the design of the special boot reflects Master Chief’s armour and has an insignia from the Halo universe.

But you should be fast, as only 117 pairs (also  Halo-inspired number) of these boots will be released on Tuesday, March 29 at 12 PM ET on Wolverine’s website. You can sign up right now to don’t miss the drop.

And for the fans who’s not looking for a new boots, there’s Halo TV-series hitting the screens, and Halo Infinite available for PC and Xbox. 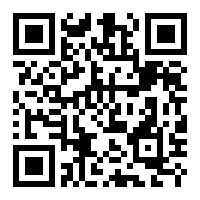 Motorola confidently holds 3rd place in the US market

The Egyptian stone “Hypatia” witnessed the explosion of a rare supernova

Android 13 will have built-in support for Braille displays

Hubble and the expansion of the universe: 30 years of the space telescope