What should a smartphone have so that you can use it not only for social networks or surfing, but also to spend an hour or so playing your favorite games? First of all, it is, of course, the hardware. It should be powerful enough to run voracious modern games. Second, you need a good-quality display, and it is desirable that the refresh rate is higher than the basic 60 Hz for brighter impressions. Third, a large battery and support for fast charging will come in handy, because games ‘eat up’ the charge quite quickly.

Flagships are well suited for such characteristics, but they cost a lot. But in this selection, we offer to get acquainted with cool smartphones that will run most modern games smoothly with a price tag under $350.

F3 is a real flagship killer from Poco. Let’s start with the fact that with a price tag of $330, the smartphone works on the basis of the top 8-core Snapdragon 870 5G with a maximum clock frequency of up to 3.2 GHz, which scores about 719,000 points in AnTuTu. It has 6 or 8 GB of LPDDR5 type operating memory, depending on the modification. Graphics are supported by Adreno 650, and the LiquidCool cooling system is also provided. There are also two options for permanent memory (UFS 3.1) – 128 GB or 256 GB, but there is no microSD support.

The screen here is a 6.67-inch AMOLED with resolution of 2400×1080, aspect ratio of 20:9, pixel density of 395 ppi, refresh rate of up to 120 Hz and HDR10 support. It is protected by Gorilla Glass 5. The fingerprint scanner is combined with the power button on the side. Wireless connections include Wi-Fi 6, Bluetooth 5.1, NFC, GPS, and an IR port. Poco F3 did not get a 3.5-inch audio jack, but it offers decent stereo speakers for emotional gameplay.

Motorola’s Moto Edge 20 costs a little more than $350 (from $364), but the smartphone definitely deserves to be in our selection. Like the Realme GT Master Edition, it works on the Snapdragon 778G with Adreno 642L. The smartphone has a single modification – 8/128 GB without support for memory cards. You can use your smartphone as a game console with Ready For technology and Miracast support, which allow you to display images on a large screen. Connect a wireless controller to the device and you can play your favorite  games big time.

Realme GT Master Edition is a mid-range smartphone with quite attractive features. Inside is an 8-core Snapdragon 778G with a frequency of up to 2.4 GHz with an Adreno 642L GPU. In terms of memory, there are two options: 6/128 GB and 8/128 GB, but there is no support for memory cards. The smartphone runs on Android 11.

Another fresh smartphone of 2022 in our selection is Realme 9 Pro. This cute device runs on a Snapdragon 695 processor (up to 2.2 GHz), which scores more than 400,000 points in AnTuTu, and the graphics are supported by Adreno 619. There are two options for the amount of RAM – with 6 GB or 8 GB. Flash memory is only 128 GB, but there is support for microSD. There is a full set of wireless interfaces (Wi-Fi 5, Bluetooth 5.1, NFC and GPS services), and there is also a jack for a headset. It all runs on Android 11.

The display is a 6.67-inch AMOLED (2400×1080, 20:9, 395 ppi) with a refresh rate of up to 120 Hz, a brightness of up to 700 nits, HDR10 and Gorilla Glass 5. Stereo sound and a 3.5 mm headphone jack are both provided, so you can play the way you want. Wireless interfaces consist of Wi-Fi 5, Bluetooth 5.1, NFC, GPS and an IR port. The body is protected against dust and splashes according to the IP53 standard, and the fingerprint scanner is combined with the power button.

The mid-range OPPO Reno7 is powered by a Snapdragon 680 4G with a maximum clock frequency of 2.4 GHz, paired with an Adreno 610 GPU. It has 8 GB of RAM and 128 GB of permanent storage (UFS 2.1) with support for memory cards. The operating system is Android 12 with a ColorOS shell, and wireless connections have everything you need – Wi-Fi 6, Bluetooth 5.1, NFC and GPS. They didn’t forget about the 3.5 mm connector here either.

The smartphone is slightly more compact than its competitors – its diagonal is 6.43 inches. The matrix uses SuperAMOLED with resolution of 2400×1080, 409 ppi and refresh rate of 90 Hz. The fingerprint scanner is under the screen.

Unlike the Galaxy A52, which Samsung introduced last spring, the South Korean company introduced the Samsung Galaxy A52s 5G a little later, at the end of summer 2021. Compared to the classic A52, the A52s 5G runs on a more recent chipset – the Snapdragon 778G 5G (2.4 GHz) vs. Snapdragon 750G (2.3GHz). Graphics are processed by Adreno 642L. The smartphone can have 6 GB or 8 GB of RAM and 128 GB or 256 GB of flash memory with microSD support up to 1 TB. The smartphone runs on Android 11 with the proprietary One UI interface.

The Samsung Galaxy M33 is an updated 2022 smartphone from Samsung’s mid-range M line. Its main feature was the increased battery capacity – as much as 6000 mAh. This is exactly what gaming needs. It works on an 8-core Exynos 1200 5G (up to 2.4 GHz) with an ARM Mali-G68 GPU. The smartphone has 6 GB of RAM and 128 GB of internal memory, and supports microSD up to 1 TB. In addition, flash memory can be used to expand RAM, and in the case of the Galaxy M33, you can add another 6 GB of RAM.

Let’s finish our Top-10 with a representative of last year’s flagship Mi series from Xiaomi – Xiaomi Mi 11 Lite 5G. Despite belonging to the top line, this is rather a good middle. The smartphone runs on the Snapdragon 780G (up to 2.4 GHz) with the Adreno 642 graphics chip and scores some pleasant 567,000 in the AnTuTu synthetic test. There are two modifications – 6/128 GB or 8/128 GB, microSD is supported. Wi-Fi 6, Bluetooth 5.2, NFC, GPS services and an IR port are all there.

As you can see from our selection, there are smartphones for games and not for all the money in the world. You can choose a good option with the latest software among the new products, and you can also choose from last year’s models. Especially since last year’s smartphones cost less, and their characteristics are slightly better. However, it is a matter of choice. And which smartphone would you choose? 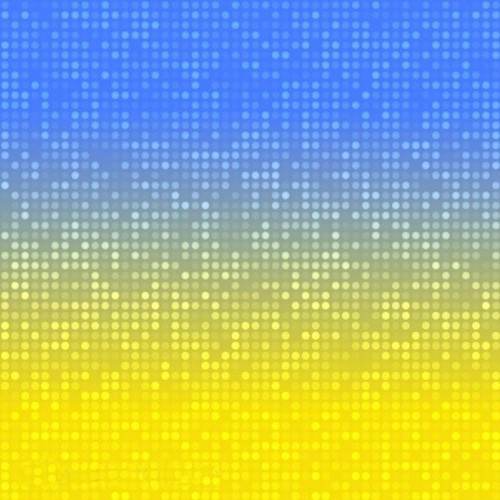 The Ultimate Guide To Buying Holiday Gifts For Your Favorite Musicians

What are the Most Anticipated Gadgets Still to Come in 2022?