We’re living in a strange time when high definition just doesn’t cut it anymore. Blu-Rays are obsolete, 1080p is ancient history, and games without HDR frankly don’t deserve our attention. Except that it’s not like that all, even if all major tech companies desperately want us to believe so. For most people plain simple Full HD is more than enough, and some (gasp) still buy DVDs. The world of technology is evolving as fast as ever, but it’s getting harder and harder to force people to upgrade their already sizable TVs. Especially when the new ones aren’t exactly cheap.

We all know that any type of technology becomes widespread only when the prices go down. Nowadays it means “when Chinese companies enter the fray.” It happened with smartphones and it continued with TVs. While LG and Samsung remain the dominant force on the market, a certain new player has long been stealing their customers. Loyal or not, when it’s that affordable one might start thinking about changing sides.

I’ve never before tried any Hisense products, but I was tempted. Especially in 2020, with the PS5 and Xbox Series X just around the corner. I’ve been using the same TV for two generations of consoles, and I just couldn’t resist the call of UHD anymore. But is the new Hisense U7QF worth the price? And what was sacrificed in the process?

I’ll be honest: choosing a new 4K TV can be a nasty and unpleasant business. Mostly because, as House M.D would say, everybody lies. Most of us have heard mysterious words like HDR or Dolby Vision, but not a lot of folks know just what they mean. And when every single TV promises full support, what’s the reason to buy more expensive ones? This is why you should do your research before buying. Especially if you want to future-proof your device. But let’s not get lost in technical details; in short, one of the most important things about every new TV is brightness. All cheaper models have downright abominable brightness levels, which means that Dolby Visions, HDR and such simply wouldn’t work. Or they will, but you’ll never see the difference.

Now, Hisense U7QF is not the brightest of them all – hardly. But it’s bright enough, especially for this price. And that makes it interesting. But we’ll talk about picture quality later.

In a huge but unexciting cardboard box we’ll find the massive (in my case – 55-inch) 4K TV, a remote control, two AAA batteries, a power cable, a warranty, a metal stand and four screws for it.

One thing that’s impossible to realize while looking at pictures on the internet (well, besides the picture quality… and sound as well) is the overall size of the TV. And it’s massive! Thankfully, the bezels are practically nonexistent, which means that it won’t take more space than necessary. Just take the TV out of the box (I suggest asking for help) and stick on the stand. You can even ignore the screws since it sits quite tight even without them.

The remote control is nothing to wrote home about: it’s very standard and mundane. There’s nothing “next gen” about it but it, well, works. It’s easy to understand and all the buttons – and they are many, compared to modern remotes – are easy to grasp in the dark. In the lower part we have four quick buttons for Netflix, YouTube, Amazon Prime Video and Media, which means the built-in player. It’s all self-explanatory, really.

Hisense U7QF is a new flagship TV from the company that’s long been China’s number one TV manufacturer. It’s a known name in Europe as well, being in the top 5 most popular TV brands. Right now it’s doing exactly what companies like Huawei and Xiaomi have been doing first: it’s selling cheap devices that look and feel premium. And U7QF looks and feels as premium as they come, with steel body and stand. Yes, steel! As if you can tell when you’re not touching it. But still… it’s nice. There’s no flimsiness whatsoever, and the design is frankly fantastic. Dark metal, tiny black bezels and sexy stand mean that the TV doesn’t look out of place in any environment. My older TV was much bulkier, but this new panel that is much bigger somehow feels smaller.

While Hisense U7QF is mostly made of metal, in the back there’s a plastic part that hides HDMI slots and such. It’s practically invisible, but it’s there.

Where to buy Hisense U7QF:

Hisense likes to brag about its “ULED” tech which basically means that its TVs have LCD screens with a few bells and whistles; namely Hi-View chipset and proprietary upscaling algorithms. But it’s not just snake oil: 60 Hz screens are really quite spectacular, with good brightness, local dimming and pure black color. The picture looks expensive, and thanks to 700 nits of peak brightness it fully supports HDR and Dolby Vision.

The viewing angles aren’t that good, so you better sit where you are and don’t wander around the apartment. At an angle the picture becomes too bright and the contrast goes to hell. There’s a special “wide angle mode” in the settings, but it is mostly pointless. You don’t fix such things with software.

When it comes to upscaling, Hisense’s bragging is justified: the TV chews any content up and spits it down in glorious UHD. I won’t say that the difference is invisible, but the improvement is vast. So don’t throw away your old Blu-Rays, they will still look fine. The same can be said about video games: my trusty old phat PS4 has been around for quite a while, but even the old model without support for HDR and such outputs good enough picture so that games look nice and juicy even on a 4K TV.

Will you notice the difference between the base PS4 or a Switch and a PS4 Pro or a PS5? Certainly. Mostly it comes down to color, but definition is also important. While some games look downright stunning (Tetris Effect), some others lack sharpness (Mafia: Definitive Edition) and look a tad blurry, especially if they run in 720p. The Switch outputs okay picture overall, with Kirby Fighters 2 and Animal Crossing looking especially nice. But don’t try to feed Hisense ports like The Outer Worlds, they will look nasty.

So yes, the HD content looks fine, but I advice you to pay a bit more for Netflix UHD subscription. The app itself is preinstalled and it works perfect. The same can be said about Amazon Prime. I suggest watching Our Planet in 4K – it’s really something.

When it comes to motion control, I have to admit that it’s not the TVs strong suit. With fast movements you’ll get artifacts and frame drops, and most animation requires you to turn it off altogether. But it mostly works fine – just don’t expect miracles.

Is this TV good for gaming? Well, it’s fine, especially for non-competitive gamers who prefer story-driven titles. The sub-20 ms input lag means you won’t feel any problems with vast majority of games, but those who want to enjoy the full possibilities of the PS5 will have to look for more expensive models since U7QF doesn’t have HDMI 2.1, or ALLM. Some will say that 60 Hz is not a lot, too, but I still think that it’s a great deal for gamers who want to upgrade but aren’t prepared to spend thousands.

Ever since the industry has decided that modern TVs have to be as thin as possible certain accessories like soundbars have become a necessity. It’s almost impossible to get decent sound out of paper-thin panels, especially the cheaper ones. That means that while Hisense U7QF is loud enough, the sound it outputs is neither sharp nor deep. The two 10W speakers do their job, but that’s about it. If you enjoy watching action movies you will have to connect good speakers. It’s not hard with the ARC technology, but there’s no eARC support, which is a bummer.

Please note that if you are just now switching from HD to UHD, then you will have to update not only the TV, but also the AV receiver. Older models simply do not pass 4K signal and therefore are not suitable for anything in the PS5 era, especially since this console lacks the optical audio port. You can set up surround sound through HDMI ARC, but only if the sound is produced by the TV itself. If you want to connect a Blu-ray player or another UHD device, you will have to be content with either limited SPDIF, or look for a modern receiver.

Smart features and VIDAA U4

Do you remember when smartphone companies desperately tried to invent their own OS? These dark times are behind us, but some TV manufacturers refuse to learn. Hisense is one of them: most of their models offer smart functionality via VIDAA U4 shell.

Is it any good? Hardly. While it is very fast and you get Netflix, Amazon Prime, YouTube and other apps that are popular in your country out of the box, there’s almost no freedom to install anything else. There’s no Disney Plus, but you can use Alexa for voice control. The store for apps is filled with suspicious software I’ve never heard about. VLC? Kodi? Yeah, right. There are ways to install unauthorized programs with the help of a built-in browser, but it’s not worth the trouble. While the pre-installed apps work with no problems, a separate device like Chromecast will make your experience so much better.

The pre-installed media player is as barebones as you might expect, and it won’t help you much if you have a lot of UHD MKVs lying around. It will play most of them for a couple of minutes, and then suffocate. I suggest you use it for Full HD rips and nothing else. Once again you will need an external device, but that is to be expected.

The UI here is quite good: it’s easy to navigate and there are a lot of options. Still, certain bugs persist even after numerous updates. Like the one that shuts down all motion control after I deactivate sleep mode. There’s also the mysterious LED on the front of the TV. Most of the time it’s deactivated (you can change this in the settings) but every morning it turns itself on no matter what I do. I have no idea why it has a life of its own and how to fully shut it down. I asked Hisense but got nothing in return. The ghost in the machine, I guess.

All VIDAA TVs support the RemoteNOW app, available on Android and iOS. This fairly simple software transforms your phone into a remote. You can change the channels, adjust the picture, select apps and take full control of the TV. I wouldn’t call it essential, but it’s a nifty companion.

RemoteNOW allows you to cast videos and photos to a screen. There’s really nothing else to say except that it works. 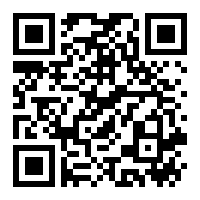 Hisense U7QF is a great TV for this price. Fantastic design, metal body, good build quality and expensive picture make it one of the best TVs in this segment. The only negative is the OS which is too restrictive. But you can always buy a separate device that will make it a nonissue.

Huawei Watch GT 3 review: Smartwatch with HarmonyOS on board