Even experienced users and journalists tend to be confused by the current lines of Redmi Note smartphones. All of them are affordable, look the same and have similar hardware. The same applies to the main character of today’s review, the Redmi Note 10S. The device is part of the same series as the Redmi Note 10 and Note 10 Pro, and it’s kind of a mid-ranger that tries to take all the good from each of them. But is it any good? Let’s find out.

The Redmi Note 10S costs about $217. This is for a basic 4/64 GB option. There are also versions of 6/128 GB and 8/128 GB. The device belongs to the budget segment, but has a trendy design, gradient body and competitive hardware. A nice gift for a child, a teenager, or your parents.

The Redmi Note 10S comes in a neat white box. Inside we have the smartphone itself with the film, transparent silicone case, charging cable, 33W power supply, SIM eject tool, documentation and warranty.

The Redmi Note 10S is a typical representative of the modern affordable class of Chinese smartphones: a plastic glossy case, a small Redmi inscription on the back plate, a protruding array of cameras with a huge main module, a screen covered with Corning Gorilla Glass 3 protective glass, and a notch in the middle at the top for the front camera.

A triple slot for a nanoSIM pair and one memory card is placed on the left edge.

On the right there is a paired volume control button and a screen lock button with a built-in fingerprint scanner.

At the bottom there is a 3.5 mm port, a USB Type-C port and a speaker. And above is an infrared port and a second speaker.

Like any other device with a bright glossy case, the Redmi Note 10S instantly collects fingerprints, so it is better to use it with the case.

The Redmi Note 10S is quite thin (8.3 mm) and light (179 g). The device feels great in my hand and does not slip. The side buttons are in the right places. The model is also suitable for one-handed operation without problems.

The Redmi Note 10S has a 6.43-inch Super AMOLED screen with a resolution of 2400×1080 pixels, 20:9 aspect ratio and a density of 409 ppi. The maximum declared brightness is 700 nits, and the peak brightness is 1100 nits. There is support for HDR and Always On Display, which displays hours, time, battery life and different pictures on the locked screen.

The bezels are thin enough, but there is still a slight indentation at the bottom. At the top of the display there’s an earpiece speaker, and a little lower there’s a round notch of the selfie camera.

The display is bright and juicy and although it is not 90 Hz, it is Super AMOLED with a clear bright picture, and even on the sunniest day the screen is still clearly visible and readable. You can adjust saturation, the color scheme and enable DC Dimming.

The Redmi Note 10S runs on the SoC MediaTek Helio G95 with a clock speed of up to 2.05 GHz and a Mali G76 graphics chip. It’s nit a gaming smartphone, but it runs most of the popular apps and games.

PUBG Mobile, Call of Duty: Mobile, World of Tanks Blitz, Shadowgun Legends and Real Racing 3 run seamlessly on medium-high or ultra settings at 30-60 fps. Fortnite and Genshin Impact run on low settings and at a maximum of 30 frames per second, more often at 20-25 fps, which isn’t that good.

The MediaTek Helio G95 warms up quite a lot and goes into trottling. In a half-hour test, the processor power fell by a maximum of 39%. These and other performance measurements in Geekbench 5 and PCMark are listed below:

The Redmi Note 10S is equipped with the OmniVision OV64B main 64-megapixel module with f/1.79 aperture. There is also an 8MP Sony IMX355 ultra-wide-angle module, a 2-megapixel macro camera and a depth sensor with the same resolution.

It is better not to shoot with a macro camera, because it does not have normal autofocus, but the main camera takes decent pictures, with clear color reproduction, especially during the day. Naturally, the darker it is, the worse the quality of photos and videos.

The Redmi Note 10S shoots like any other budget phone: it’s okay, but only during the day, without adequate 10x zoom, stabilization and night shooting.

The Redmi Note 10S has a 5000 mAh battery with support for fast charging at 33 W. When using social networks, a couple of hours of video, calls, games, etc., the device can easily withstand a day. It can possible survive for 1.5-2 days.

Either way, you don’t have to worry about the battery. Either way, it charges quickly enough. From 0 to 50%, the Redmi Note 10S charges in 30-35 minutes. It’ll take an hour and a half to fully charge.

The Redmi Note 10S has stereo speakers. They offer loud and quite nice sound, but don’t use them at maximum volume.

The sound here, although stereo, is still placed at the bottom, and there’s a second speaker at the top. The quality is so-so, but there is a stereo effect, and the sound is clear if you don’t listen to it loudly. Among the codecs there is support for LDAC and AAC, but aptX and aptX HD aren’t here.

The Redmi Note 10S supports 4G LTE, Wi-Fi 5, Bluetooth 5.0, A-GPS, GLONASS, BDS, GALILEO, the smartphone has an IR port and a USB Type-C port. In addition, the device received an NFC module for contactless payments, which distinguishes it from the Redmi Note 10. However, it is cheaper.

The Redmi Note 10S runs on the MIUI 12.5 shell installed on top of Android 11. The add-on is lightweight, stylish and flexible to use, and it is quite quick. There are plenty of features, but… there’s also advertising. If you want, almost any part of the interface can be configured, there are floating windows, new sounds, animations, icons, etc.

If you take MIUI 12.5 without taking into account the shells of competitors, the system is fast. But if you compare it to Realme UI, the latter is a little faster. This does not mean that MIUI slows down, you just need to know that no matter how lightning fast it may seem, there are faster UIs on the market in the same price category.

The Redmi Note 10S is a middle option between the Redmi Note 10 and a more sophisticated Redmi Note 10 Pro. The device has a modern design and a massive camera module. There’s also a bright juicy Super AMOLED screen and medium-power processor, which runs most modern games, but there’s an issue of overheating.

One of the main advantages of the device is the NFC module and stereo speakers, as well as a capacious 5000 mAh battery capable of providing up to two days of operation. In the box you also get a protective film and silicone case, as well as the native 33W power supply.

The Redmi Note 10S is not a replacement for other similar smartphones released in the last six months or even a year. But if you’re just looking after the budget machine with NFC and good battery life, this model is quite alright. 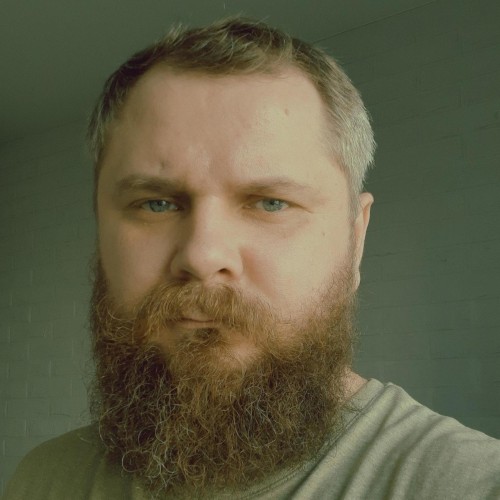 Xiaomi 12 Lite smartphone review: why it’s not a flagship

Vivo X70 Pro Plus camera review: Yes, they are worth it!

Vivo X70 Pro Plus Review: Half a step away from perfection