So it happened that I’ve never picked up components or accessories solely for gaming purposes in my entire career. Even right now, when I’m rocking a mechanical gaming keyboard its sole purpose is to write texts fast and efficiently. This mindset dictated the choice of my mice as well. Logitech MX Anywhere 3 was chosen solely based on 4 factors: it has a strict minimalistic design, a built-in battery, allows Bluetooth connection, and the manufacturer claims that it’s meant for productivity. That’s it. If only Hator, the up-and-coming Ukrainian brand of gaming accessories, had hit me earlier to test their new set of wireless gaming mice: Pulsar Wireless & Quasar Wireless. Because, as it turned out, gaming accessories might be good for productivity and gaming.

Hator sent me two distinct-looking mice, so let’s discuss their design in detail.

The Pulsar Wireless, the cheaper of the two, has a distinctively “gamery” look – left and right mouse buttons slightly protrude from the body, the wheel has a rubber texture on it, there’s a unique pattern on the sides for a better grip, and most importantly, there’s a “window” and a transparent logo for RGB lighting. You can even control it with a special button under the scroll wheel.

While the mouse’s shape is aimed both for left- and right-hand use. The “Back” and “Forward buttons” are located on the left. On the bottom of the mouse, we have the optical sensor, the DPI, and the Response Rate buttons, along with the 3-position mode switch: OFF, ECO, and ON. On the top of the mouse, we have a battery indicator.

The more expensive mouse, on the other hand, has a stealthy and minimalistic look. Even the logo moved to the left side of the mouse, and there’s virtually no RGB, except for a small blue/green light inside the mouse that shows the wireless interface in use (2.4 GHz or Bluetooth).

The mouse also has a pebble shape with a distinct hump, where your palm should rest. The overall shape is ambidextrous as well, with the “Back” and “Forward buttons” in the same place on the left.

Buttons-vice you’ve lost an additional RGB-control button, and a separate Response Rate button on the bottom – the DPI button now has a dual purpose. Also on the bottom, there’s an On-Off switch, a magnetic cover with a message to haters, and a 2.4 GHz dongle underneath it. The optical sensor is in its usual position.

Both Pulsar Wireless and Quasar Wireless have a USB-C port on the front (big respect for that). It is here for charging and gaming in wired mode. However, you can’t simply use any USB-C cable that you have. Both mice have grooves for the in-box USB-C cables. So some cables with thick plastic housings won’t fit in.

In general, mice look great, but I can’t say that their design is unique. The Pulsar Wireless reminds me of Razer’s Viper V2 Pro, while Quasar Wireless is similar in shape to the Logitech G Pro Wireless. But don’t get me wrong, it’s rather an inspiration than a blatant copy. And it works in Hator’s favor – the mice look solid and not cheap, despite being budget-friendly.

There is only one difference between the two mice’s in-box content, and it’s about a 2.4 GHz dongle. Pulsar Wireless has an additional USB-C female to USB-A female adapter, the purpose of which is not quite clear to me.

USB-C to USB-C connection still requires USB-C to USB-C cable to connect the mouse. USB-A female to USB-C male would do this job much better. Anyway, it is here and it’s available, so it’s up to you to get used to this. BTW, there’s no compartment for a 2.4 GHz dongle in Pulsar Wireless, so don’t lose it.

The mouse also comes in 5 bright color schemes: Mint, Yellow, Lilac, Black, and White. I received the mouse in the latter color for review, and I should admit that it looks fantastic!

The mouse comes in every possible color, if this color is black. So naturally, that‘s the color I received, and a can’t complain about the lack of different shades, because in plain black it looks really smart.

At this point, I’m not going to pretend that I can differentiate types of mice switches and optical sensors, all-in-all I switched to Mac a long time ago, and gaming is almost obsolete on this platform. But what I do can – is tell how these mice feel. And that’s what we’re going to discuss next.

As a mouse for me is mostly a working tool, my personal choice is Logitech MX Anywhere 3. Why am I mentioning this? Because in this review I’ll compare both Pulsar Wireless and Quasar Wireless with my trusty Logi, to understand – did I make a mistake, by going with a “mouse for work”, instead of a gaming mouse.

The first thing that you immediately notice, is that both Pulsar & Quasar are larger than my MX Anywhere 3. But I can’t call it a disadvantage: the larger size allows me to fully rest my hand on the body of the mouse. And both mice receive a solid A+ from me for ergonomics. It is also worth noting that while larger both Hator mice are still comfortable for everyday carry.

As for the grip – you might have noticed that the “palm” grip is my favorite type, and both Pulsar and Quasar, IMHO, are designed with this grip in mind. However, it doesn’t mean that you can’t use a “claw” or “fingertip” grip with these mice. L and R buttons are sensitive through the entire surface, so if you’re more comfortable with alternative grip types – you can try them as well.

Okay, so while we’re discussing the mouse grip, why don’t we play some games? As a Benchmark, I’ve launched Borderlands 3. Mostly for 2 reasons – it is an FPS, where precise aiming is important, and… it’s available on Mac

Both Pulsar Wireless and Quasar Wireless proved extremely efficient in Borderlands 3. I did not immediately become a better player but noticed an increase in my accuracy. This is thanks to a more ergonomic grip and DPI switch on both mice.

Both mice can reach crazy values of 16000 and 19000 DPI respectively. I usually found myself setting the middle values on Pulsar Wireless (you can set even 16000 DPI via the button on the bottom) because at peak value the mouse was hyper-responsive.

Quasar Wireless, on the contrary, was set up to its max DPI via the button. That’s because the max value that you can set up without the special software is 2400 DPI. Quite a shy value, considering an overall maximum of 19000 DPI, however, it was pretty enough for me…

Even more than enough to beat MX Anywhere 3, which is not just uncomfortable for long playing sessions but also has a noticeable DPI and responsiveness limit

Increased DPI proved to be very useful not just for gaming but for productivity as well. It’s way more comfortable to move windows across the 32” 4K screen, without the need to move the mouse across the whole table.

It is also useful that you can adjust DPI and response rate on the go: for example when you have a long typing session and don’t want the mouse to distract you.

But there’s a lot of stuff that’s missing without the additional software. If you’re in a Windows camp – good for you. Hator has just released software for both Pulsar Wireless and Quasar Wireless – so you can just download it and set all the parameters that you need.

But if you’re a Mac user, just like me, you’re stuck with what you can set up on mice themselves. Logi, on the contrary, has Options+ for Mac, where you can set the scroll direction (so that your touchpad has a “natural” scroll, while your mouse has a standard one), set specific shortcuts on a per-app basis, and adjust scroll/moving speed of your mouse.

There’s also a hardware feature that’s available on MX Anywhere 3 and proved to be a game-changer for productivity – that MagSpeed metallic scroll wheel, which allows you to quickly scroll through long documents and switch from line-by-line scrolling to free spin. I know it’s a patented tech, but I’ve been missing it on Hator Mice.

Another little oddity is Quasar Wireless Specific. Because the mouse has both 2.4 GHz and Bluetooth support – you can quickly switch not just between these modes, but between connected Bluetooth devices (up to 3). Sounds good so far, but the problem is that these actions have some learning curve. Switching wireless modes and devices requires pressing three mouse buttons at once, and it’s a striking shift from Logi’s more simplistic approach.

But, don’t get me wrong. Hator’s mice are pretty good for productivity use. You just have to get used to some of its tradeoffs.

If someone told me that I can buy such great mice for less than $50, 6 months ago, I wouldn’t have even considered MX Anywhere 3 as an option with its RRP of $99, and the sale price of $60. That’s how good Hator mice are.

Both Hator Pulsar Wireless and Hator Quasar Wireless are good-looking, perfectly built, and ready for serious gaming. And while they might lose to some productivity-first mice in features – they might as well be good for work, even when used with Mac.

If only they were available 6 months ago, I would seriously consider Quasar Wireless as my go-to mouse, given its minimalist design, and a full set of connectivity interfaces.

And I’m especially proud that behind these great mice is a Ukrainian brand. And I wish them to grow, prosper, and add Mac software for their products . 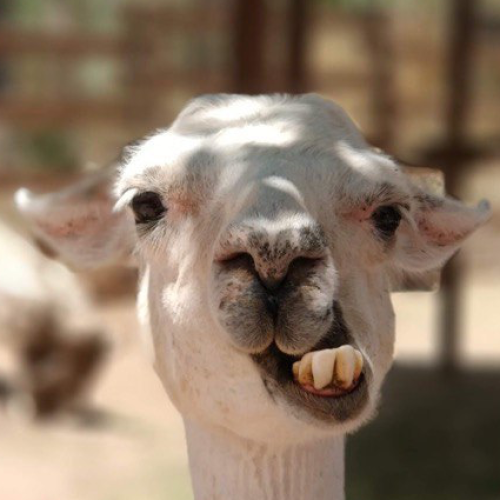 Fifine K658 studio microphone review: The flagship in all its glory!