Lenovo took the courageous step of releasing an experimental smartphone to work with augmented reality as part of Google’s Project Tango initiative. The model was named Lenovo Phab 2 Pro, received several cameras and a huge display of 6.44 inches. How it works in practice – read below.

What is in the box?

The smartphone comes in an oblong white box with slots showing the camera of the device. The package includes a fast charging power supply, a cable, a clip for extracting SIM-card slot and headphones from JBL. I will not say that the headphones are comfortable (they look like Apple EarPods in form) or outstanding sound quality, but the fact of having a headset in the set pleases. In other manufacturers, such care for the user has been disappeared long ago.

Does it fit in the pocket?

Lenovo Phab 2 Pro with great difficulty fits in the pocket of wide jeans, winter jackets or coats. In all other cases, the smartphone will either half stick out of the pocket, attracting unnecessary attention of others, or require a separate bag for transportation. In addition to the huge dimensions, the phablet has a mass of 260 grams. It strongly pulls out clothes, it is inconvenient to hold it in one hand, and after long conversations hands get tired.

Special attention should be paid to the power and volume buttons on the right side. It’s worth praising Lenovo for making them long, easily discernible blindly. The surface of the power button has a ribbed texture. But the stroke of the buttons is not completed: they have backlashes and are easily pressed, which leads to arbitrary triggering in the pocket.

It’s 2017, and manufacturers have not yet learned how to transfer touch buttons to the smartphone’s display. Because of this, Lenovo Phab 2 Pro is even longer than it could have been.

The smartphone’s speaker is located on the lower edge under the left grid, it sounds very good and loud. It can be heard even if you deliberately close the holes with your hand. Coupled with a good vibromotor, it will not let you miss the call, regardless of whether you go to the subway or walk along the noisy street.

Someone ventured to ask if Lenovo Phab 2 Pro can be used with one hand. If you have arms the size of Shaquille O’Neill, then the answer is positive. In all other cases – Phab 2 Pro should be considered as a tablet, and keep it with both hands.

On the back of the smartphone is a fingerprint scanner. It works quickly, but you need to get used to getting into it, and not into the peephole of the camera, which is slightly higher.

Phablet received a 6.4-inch IPS-matrix with a resolution of 2K. Viewing angles and color rendition are pretty good. The picture is very clear and working with the display is a pleasure. The reserve of brightness is enough to work in any conditions, but the speed of adaptive adjustment is a little slow, with a sharp change in lighting conditions, you have to wait about 5 seconds until the sensor wakes up.

The oleophobic coating is OK, the screen almost does not collect fingerprints and is easily wiped.

Cameras are not really good

The main camera of Lenovo Phab 2 Pro received a module with a diaphragm f/2.0, shooting at a maximum resolution of 16 megapixels. In addition to the main photomodule, there is a depth camera measuring the distance to objects, and an infrared camera with illumination to track the movement. As far as I understand, the latter work only in Tango applications, and they are not included in normal shooting.

The image quality of Lenovo Phab 2 Pro is at an average level and is not commensurate with the price of the device at all. In daylight, the camera is able to give a high-quality and detailed picture. But with the slightest drop in illumination, all the details disappear, the pictures become blurred and fuzzy. Even the HDR mode does not save the situation. This is becoming a major disappointment for those who take the phablet in their hands for the first time. Like, there are a lot of cameras and sensors, but there’s no sense in it.

And how fast does it perform?

The phablet received an eight-core chip Qualcomm Snapdragon 652, 4 GB of RAM and 64 GB data store. The interface rendering is smooth, the applications start and work quickly. But Lenovo Phab 2 Pro does not allow you to play games at the maximum settings. In, for example, WoT Blitz, to get a comfortable frame rate (above 30), you need to reset the settings to medium. Most likely a huge 2K display is the cause of weak gaming performance. In addition to consuming processor power, he generously “eats” battery charge.

The battery with a capacity of 4050 mAh provides exactly 1 day of operation of the smartphone with 4 hours of active screen. But what is pleasantly surprising is the speed of charging. Lenovo Phab 2 Pro is charged for an hour and a half from zero to one hundred.

The smartphone runs on an almost pure version of Android 6.0 without a third-party shell. On the one hand, it’s good – there are no unnecessary applications, strange icons and branded “Chinese food” in separate elements of the interface. On the other hand, the “phab” is completely devoid of functions related to the simplification of navigation with one hand and any other useful features.

The “Tango” project was created by Google as a platform for application development with support of augmented reality, and Lenovo Phab 2 Pro became the first consumer smartphone that allows to fully “taste” this technology.

Tango apps are compiled in a separate section of the Google Play Market. Now there are less than a hundred of them available. Conventionally, applications can be divided into 4 categories:

Projecting objects of augmented reality at first arouses genuine delight, but if you start actively applying this in practice, you notice a lot of flaws. Cartoon characters do not really understand where the floor is and sometimes float in the air. Engineering applications measure with an error of up to 25%, and furniture rarely fits well in the interior because of not very realistic proportions. All this is accompanied by periodic twitching of the interface and, sometimes, seconds of delays.

Who is to blame for this: application developers, not enough smart hardware or sensors installed in the phablet – I don’t know.

Lenovo Phab 2 Pro – the result of experiments of two large companies. The device is not suitable for the average consumer at all, but it allows any desperate daredevil, spending $500, to touch the world of augmented reality, the world that is just beginning to develop, but it will soon become native and familiar for us.

The strength of Lenovo Phab 2 Pro – the consumption of content, for this purpose the device is excellent.

Weaknesses – portability and camera. To keep a smartphone in your pocket is very problematic, and the behavior of the camera in an environment of imperfect lighting frankly depressing.

Considering in isolation from Project Tango, Phab 2 Pro is a good device for fans of watching movies, playing not very demanding toys, reading books. The large display also makes the device a good candidate for the role of car navigator. 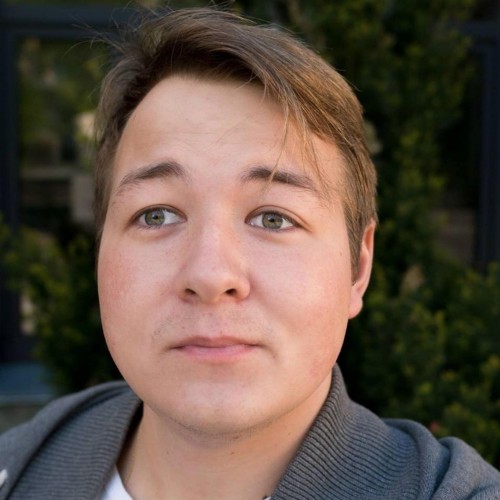 It became known that Ukraine will receive the Norwegian NASAMS air defense system. Today we will talk in detail about this means of air...
News

Xiaomi's summer launch was massive: in addition to the long-rummored 12S Ultra it introduced other smartphones of 12S series, as well as Xiaomi Band...
Load more
Our social accounts – Join now!

Weapons of Ukrainian Victory: Iris-T SLM for Ukraine from Germany

Xiaomi Watch S1 review: is the brand’s most expensive smartwatch going to surprise us?